Little more than a generation ago, students were punished for speaking Halq’eméylem. So it was a special occasion as the sound of the Coast Salish language rang through the halls of Hatzic Middle School in Mission, B.C., this month.

More than 120 students from 12 schools across the Fraser Valley gathered for an annual translation contest in Halq’eméylem, the language of Sto:lo communities. There is currently only one fluent Halq’eméylem speaker, a woman in her 80s.

The contestants formed 23 teams, split by age groups from Kindergarten to Grade 3, Grades 4 to 8 and Grades 9 to 12. They created phrases and stories using Halq’eméylem words for nearly 300 spectators.

“The buzz was amazing,” said Dianna Kay, who launched the contest six years ago and works as a language curriculum developer at Seabird Island Community School. “The kids worked really hard on their stories and they had a new life in language. It was so uplifting and energetic.”

But Ms. Kay wants to flip the script on the narrative of endangered Indigenous languages.

“We teach language and every year we’re planting 200 seeds," she said, referring to the number of students at the school. “Rather than just saying, ‘We have one speaker.’ We’re doing our best right now.”

This year’s contest was the first time the students went beyond translating vocabulary and worked with different combinations of Halq’eméylem words to create phrases and stories. The students drew from a core list of 49 words. Once each student created a phrase, the teams pulled them together to make a story. Fourteen semi-fluent speakers acted as judges as students relayed their stories in Halq’eméylem.

"It was a good, warm feeling, knowing there’s this many students interested in reviving the language,” said Judy Douglas, one of the judges. Ms. Douglas is a member of Cheam First Nation and a semi-fluent elementary and high school Halq’eméylem teacher in Chilliwack. She said demand for Halq’eméylem lessons is growing.

“I can tell that we’re going to have a lot of good speakers coming up, carrying the language, maybe five or 10 years away,” Ms. Douglas said.

Ms. Kay was inspired to start the translation contest six years ago after hearing from a friend about a community in Oregon that hosts a “language bowl.” Then she attended a similar translation contest in Cowichan territory in Nanaimo that is held in Hul’qumi’num, the sister dialect to Halq’eméylem.

In its 2018 budget, the B.C. government allocated $50-million to the First Peoples’ Cultural Council, the provincial Crown corporation responsible for funding Indigenous language revitalization and programming. The program covered the cost of this year’s translation contest.

But no details or timelines have been released, leaving many communities racing against time as older, fluent speakers pass away.

Last year, the First Peoples’ Cultural Council reported there are just 4,132 fluent speakers of Indigenous languages in B.C. That’s 1,157 fewer than 2014. The majority of fluent speakers are elders, although according to the FPCC, the number of language learners and semi-fluent speakers is steadily increasing.

Ms. Kay said that’s clear for Halq’eméylem. She said the number of participants in the translation contest has nearly doubled since it began.

“Every year, we try to grow a little more and change things. All the ideas and assessment come from the language teachers,” she said. “The idea is that our language is consistent throughout the whole [Fraser] Valley, and that we’re able to understand one another.”

Both Sto:lo and non-Indigenous students participate in the contest every year. They come from Halq’eméylem language classes, First Nations studies classes and extracurricular language groups.

“My goal is to have the students be able to think in the language,” Ms. Kay said. 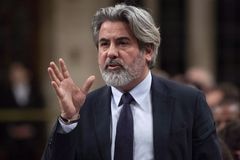 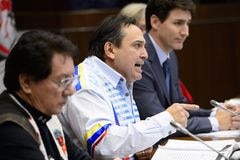 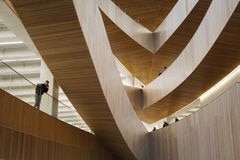