Wildfires that scorched vast tracts of southern British Columbia and led to forced evacuations in the summer of 2017 were stoked by climate change and are likely to become more common as global temperatures edge up, federal scientists warn in a new study.

Fires consumed a record 1.2 million hectares that year – an area seven to 11 times larger than would have been expected without human influences on the climate, study authors led by Environment and Climate Change Canada (ECCC) research scientist Megan Kirchmeier-Young said.

The study was published late last year in the American Geophysical Union’s Earth’s Future scientific journal and led by Dr. Kirchmeier-Young and colleagues at the University of Victoria’s Pacific Climate Impacts Consortium.

It points to major public-policy challenges in a province already grappling with a sharp rise in disaster-related costs, with implications for everything from public health and infrastructure to forest management, the authors contend.

The findings add to a growing body of research linking climate change and extreme weather events such as heat waves, flooding and retreating sea ice. Federal scientists say that the risk of Western fires since 2015 has increased two to six times due to human-induced warming and that there were more fires than ever last year, with the total area burned about double longer-term averages.

“Our climate is changing as a result of human influence and Canadians are already noticing the effects,” Dr. Kirchmeier-Young said in an interview.

“Understanding the link between human-caused climate change and extreme events like these wildfires will help us to focus adaptation plans and will help groups that do work in any of those sectors understand that climate is something that they need to be considering, if they’re not already.”

The costs are already immense: B.C. spent $668-million in 2017 to combat some 1,500 fires that chewed through the equivalent of 12,160 square kilometres of land, prompting an extended state of emergency and forcing the evacuation of more than 65,000 people.

That record-setting fire season was eclipsed last year, which saw more than 2,000 fires burn across 12,985 square kilometres, leading to air-quality warnings in neighbouring Alberta and sending thick smoke billowing across Canada as far as Northern Ontario.

A preliminary estimate pegged suppression costs in B.C. for those fires at $465.9-million, a number the BC Wildfire Service expects will increase.

While previous studies have tied human influence to increased wildfire risk in Western Canada, this is the first that examined a fire so large as well as the total area burned.

The researchers used climate models to compare the current decade with data from 1961-1970 that represented an alternative climate with reduced levels of greenhouse gases and other human-caused emissions. They found that extreme temperatures seen during the 2017 fire season were at least 20 times more likely because of human factors.

The model did not account for changes in forest management or human ignition sources. Nor did it directly weigh the impacts from pine beetle infestations or repeated suppression over time, which the authors say could result in larger fires.

Nonetheless, they say their findings are consistent with previous studies demonstrating that climate change is an important driver of changes in fire behaviour in many regions in North America, and that large fires like those in 2017 in B.C. are more likely in the future.

“The profound influence of climate change on wildfire extremes in B.C. demonstrated in this analysis is likely reflected in other regions and is expected to intensify,” they conclude.

“As such, this relationship will require increasing attention in many sectors, including forest management, public health and infrastructure.”

Many B.C. First Nations carry huge debts after fighting to save homes from wildfires
November 27, 2018 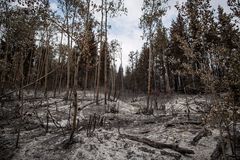 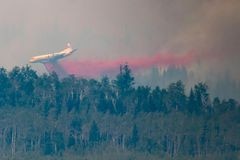 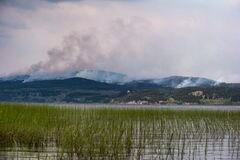