The B.C. highway system is an affront to nature.

The roads follow First Nations footpaths and precarious wagon trails carved into cliffs during the fur trade and gold rush eras. Parts of Highway 1 and Highway 99, for instance, travel the rough path of the Cariboo Wagon Road, heralded as the eighth wonder of the world when the Royal Engineers completed it in 1865 to convey gold seekers north.

Every so often, nature obliterates these feats of engineering. The 1894 Fraser River flood wiped out portions of the Cariboo Road, which wouldn’t be replaced for decades. A 1965 Hope landslide killed four people and dropped so much debris on the Hope-Princeton Highway that engineers had to reroute the road permanently.

With the weather bomb of 2021, B.C.’s fabled road engineers face a new challenge: how to rebuild the province’s paralyzed highway network quickly enough to reanimate an immobilized province and robustly enough to avoid perils of climate change.

“This has to be a real wake-up call to road engineering departments,” said Daman Grewal, senior operations manager for Centurion Trucking, whose fleet of 60 trucks was diverting through the United States as of Thursday to carry goods between Vancouver and Alberta, doubling the usual travel time. “We’ll see some bandage fixes coming up. But they need to re-evaluate and be prepared for the next big event.”

Three helicopters, 311 stranded people, 26 dogs and one cat: How Operation Lentus pulled off a tricky rescue mission on Highway 7

As of Friday, the province’s four major highways extending north and east from Vancouver and the rest of the Lower Mainland remained closed, knocking out vital supply lines between the coast and Interior.

They’re opening back up slowly, but a full recovery won’t take place until next year.

During a press conference Thursday, B.C. Transportation Minister Rob Fleming said Highway 3, called the Hope-Princeton or Crowsnest Highway, will be the first of those vital Interior links to open, likely by the end of the weekend to single-lane alternating traffic.

Highway 99 will also open up to limited traffic “in the coming days” he said, warning that it will be slow going with occasional stoppages. Until the roads return to capacity, the province will implement limited access traffic plans that prioritize commercial traffic. 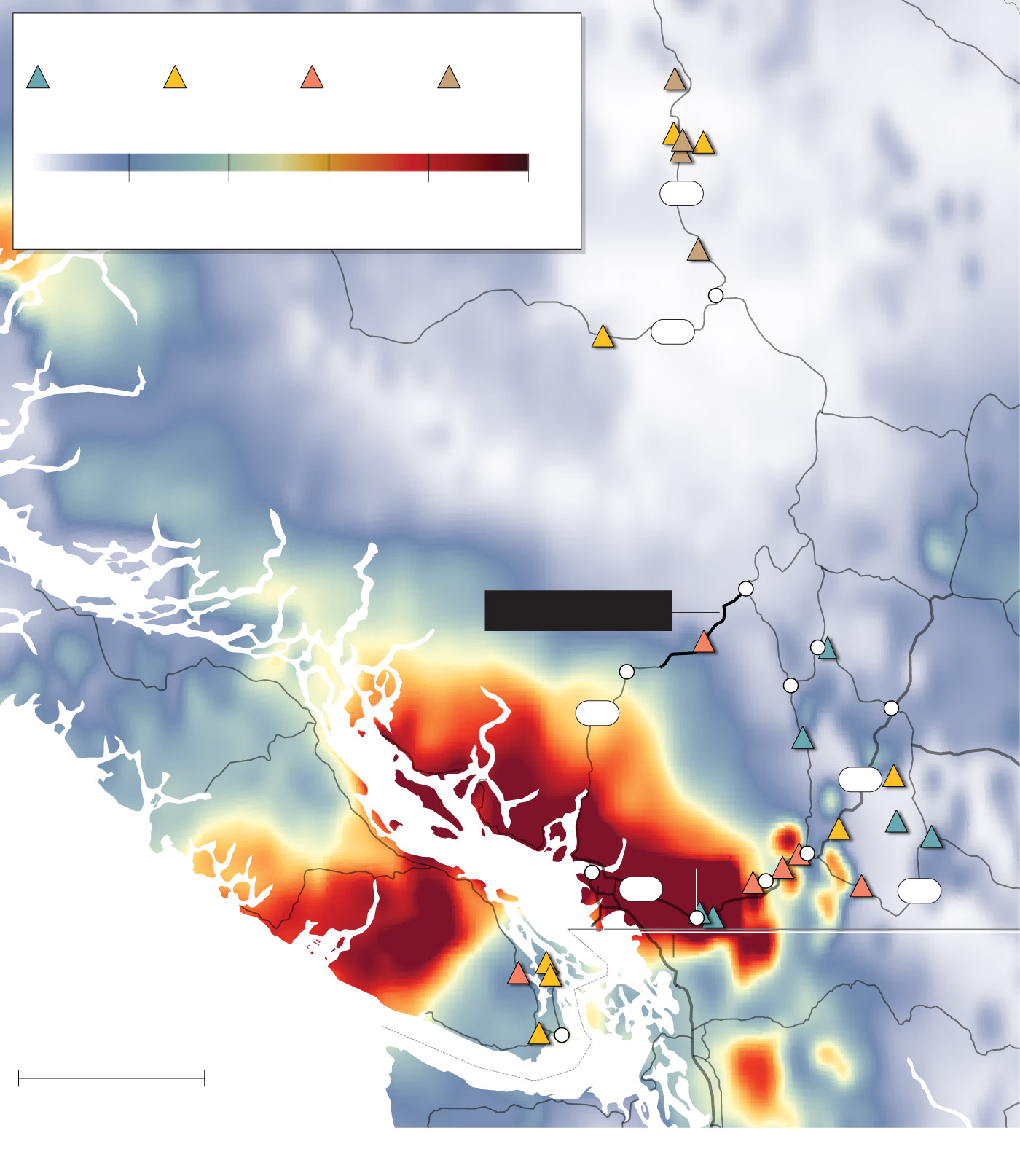 While those routes limp to life, the remaining two highways – the Coquihalla and Trans-Canada – will be under repair for months. Paula Cousins, executive director for the Ministry of Transportation’s southern region, said the Trans-Canada south of Spences Bridge had taken significant damage. “We will know more about the timing of restoring temporary access in the coming weeks,” she said.

As for the sturdy Coquihalla, built to robust engineering standards in 1986, the road has taken heavy damage at five locations. The province’s chief highways engineer, Ian Pilkington, called it an “epic event” that washed away two lanes of the four-lane Coquihalla in several places and knocked out a number of bridges. Repairs will stretch into 2022 and perhaps beyond.

Mr. Pilkington said rebuilding will take a two-phase approach, with temporary bridges and traffic solutions being established to get traffic moving soon, and work on permanent structures getting under way next year.

But the new infrastructure could look very different, he said, designed to withstand a new climate.

The Pacific Climate Impacts Consortium (PCIC), a climate analysis group based at the University of Victoria, projects a nearly fourfold increase in atmospheric rivers hitting western North America by the end of the 21st century and a median precipitation increase of 7 per cent by the 2050s. Regional variations in those projections vary wildly. In short: Sudden, levee-busting rains will be far more frequent.

“What we’re seeing right now bears out and validates a lot of the research that has been going on,” said Markus Schnorbus, lead hydrologist with PCIC. “Bouncing from one extreme to the next is a hallmark of climate change. Our historic experience will have no bearing on what we’ll experience in the future.”

Fortunately, B.C.’s Ministry of Transportation is a forerunner in integrating climate-change projections into its engineering. At the urging of then-chief engineer Dirk Nyland, the ministry began assessing select roads, including the Coquihalla, for climate-change vulnerability about 12 years ago using something called the PIEVC Protocol and found they were particularly susceptible to failure from extreme precipitation.

He urged engineers to take climate-change projections into account with new designs, but many groaned at the prospect, arguing that climate modelling was unproven and imprecise.

“The takeaway was that there was a huge chasm between the language of engineers and the language of scientists,” said highway engineer Zane Sloan, who rallied behind Mr. Nyland’s climate-change push.

In 2015, the ministry issued a policy stating that all new engineering designs needed to take climate-change projections into account, not just historical climate data, as was accepted practice.

From then on, Mr. Sloan said, “scientists began to provide data that engineers would understand. And engineers began to get educated about climate change. Progress has been made, but we still have a long way to go.”

Engineers now consult PCIC, which provides granular modelling capable of projecting flows for provincial rivers well into the future. On a practical level, all culverts and ditches used to be designed to historical 200-year flood data. Now they’ll be designed based on complex climate modelling.

“We started to realize that if you only use historical data, you’re always going to be behind the game. We needed to use future data,” said Mr. Pilkington, the chief engineer.

Based on the modelling, engineers might integrate bigger culverts and higher bridge decks to accommodate greater water volumes. To prevent instability in water-logged hills, designs might call for shallower slopes and drainage blankets, permeable material that controls seepage. And roadbeds can be armoured with boulders to prevent the kind of river erosion that washed away sections of the Coquihalla this week.

“Until recent times, the infrastructure deficit was primarily because of aging infrastructure that was reaching the end of its life cycle,” said Mr. Sloan. “Now, the deficit has increased, because not only is it aging and needs to be replaced, but it also might not withstand the additional pressures from climate change.”