Canada needs to improve how it tracks the source of illegal firearms, Bill Blair says as he continues his cross-country evaluation on a possible national handgun ban.

The federal Minister of Border Security and Organized Crime Reduction launched his consultation efforts earlier this month and visited Montreal and Toronto last week for round-table discussions with dozens of stakeholders on either side of the issue.

The round-table sessions are closed to the media and presentations have not been made public, but Mr. Blair has reached at least one conclusion. “One of the things we are learning, and many witnesses brought it forward [in Toronto], is that we need to do a better job of data collection,” he said in an interview with The Globe and Mail after the sixth of eight round-tables on gun policy he’s holding across the country. He added that reporting from both police and the gun industry needs improvement.

Several groups opposed to a ban have argued that the absence of any national statistics showing whether most guns used in crimes come illegally from the United States or through domestic channels makes it impossible for Mr. Blair to draw any reliable conclusions about the potential effect of a prohibition on handguns.

While he shares some of the concerns about stats, the former police chief maintains his investigation into gun policy will be solid.

“We don’t have all the information and data that we might want, but I think we have a very useful sample of data from which we can certainly draw inference," he said.

The government launched consultations on Oct. 11. An online survey will remain open until Nov. 10, and Mr. Blair wants to submit his recommendations by year’s end.

The government’s decision to explore prohibition came after several public shootings on Toronto’s streets this summer galvanized public and political support in the city for a ban on certain firearms.

A lone shooter used a handgun to kill two people and wound 13 others along Danforth Avenue in July, prompting Toronto City Council to vote 41-4 in favour of asking other levels of government to ban handguns and ammunition within city limits.

Montreal’s council soon followed suit. Mayors in Winnipeg and other Canadian cities have expressed support for the motion.

In his August mandate letter for Mr. Blair’s new cabinet posting, Justin Trudeau asked the former Toronto police chief to “lead an examination of a full ban on handguns and assault weapons in Canada, while not impeding the lawful use of firearms by Canadians.”

Firearms ending up in the hands of Canadian criminals come from two main sources. Either they have been trafficked illegally over the U.S border, or they are guns that were once legally purchased and owned in Canada and diverted to illicit means via theft, loss or black-market sale.

In Toronto, where the police force attempts to track every seized gun they suspect to have been used in a crime, the split between crime guns originating from the United States and those coming from domestic sources is roughly 50-50, and has been for several years, according to figures provided by the force.

Even those statistics are less than perfect. In Toronto, crime-gun tracing is successful about 46 per cent of the time, leaving more than 50 per cent with unknown origins.

The record-keeping elsewhere in the country is far murkier. The Canadian Firearms Program, the RCMP unit responsible for licensing and regulating firearms, says it “does not collect or track statistics with regard to crime guns," which it says is the responsibility of the “police of jurisdiction.” But several municipal police forces contacted by The Globe regarding gun-tracing data referred queries to the RCMP.

Mr. Blair said that several round-table participants have presented data showing that historical gun-sourcing trends have shifted of late. “There are certain police services across Canada who are very, very diligent about determining the origin of the firearms they seize,” he said. “In those jurisdictions, what they have indicated to us is that over the last three or four years, they’re seeing an increase in the percentage that are domestically sourced.”

Mr. Blair didn’t specify where that information came from. Numbers from the Toronto Police Service show no such change.

Mr. Blair is travelling to Moncton on Monday for another sit-down with stakeholders.

Bill Blair to conclude handgun consultations by end of 2018
September 26, 2018 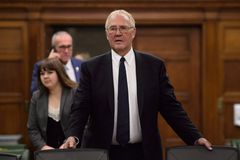 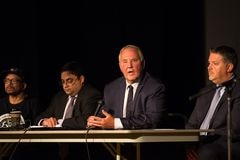