The beaches of Normandy, where the Allies stormed ashore to begin the eventual liberation of Europe from Nazi rule, are widely regarded by veterans and historians alike as venerated, sacred ground.

And yet those beaches – including the one code-named Juno, where thousands of Canadians landed under a fearsome tirade of German fire on June 6, 1944 – have not been designated as culturally or historically significant by the United Nations.

It’s not for a lack of trying: France applied to the United Nations Education, Scientific and Cultural Organization in 2014 to have the beaches designated a UNESCO World Heritage site, much like several other locations linked to the Second World War.

But that bid remains in limbo, dashing hopes the application might have been heard in time to celebrate the 75th anniversary of the Juno landings, in which 359 Canadians were killed and 574 were wounded.

Serge Durflinger is one of those who firmly believes the D-Day invasion beaches are “incontestably important” to the world and meet the very high standards for the UN designation.

The University of Ottawa history professor was part of a team of international experts that included archeologist, geologists and all manner of other specialists who were brought together by the French government to help with the D-Day application.

“The Normandy campaign and the D-Day invasion involved people from dozens of countries, all engaged in a united purpose, all brought to this small coastal region in France for the beginning of what would become the end of Nazi Germany,” Prof. Durflinger said.

“And they’re all combining efforts on a global scale in this titanic effort, which was also one of the single greatest, momentous military operations ever mounted that we know about. And that it has scientific achievement, and its remnants are very real.”

Getting the beaches added to the list of UNESCO World Heritage sites conveys a number of benefits, including honouring those who fought and died there and giving D-Day what Prof. Durflinger describes as “an international seal of approval.”

“The notion of what happened here would not be limited to the Anglo-Saxon countries of Britain and the United States and Canada, basically,” he said, arguing the event was a pinnacle moment in the history of Europe and the world.

“Something very, very important happened there, and not just for the countries that landed, but for the greater good of the world, with the beginning of the creation of an international system that lasted half a century.”

The designation would also solidify what are already strong protections against development, as well as bring in more tourists, said Mike Bechthold, executive director of the Juno Beach Centre, which commemorates Canada’s role in the Second World War.

“It would be huge to designate the landing beaches as a UNESCO World Heritage site,” Mr. Bechthold said. “Estimates are anywhere from a 10- to 25-per-cent bump in visitor attendance because of the designation. So it’s not inconsiderable.”

However, it remains unclear just when the French application – which proposes including artificial harbours built by the allies to facilitate supplies from England, as well as shipwrecks off the coast and German bunkers – will be reviewed.

Instead, the UNESCO committee responsible for reviewing such applications decided last year to take a step back and figure out how to deal with what it calls “sites associated with memories of recent conflicts.” A meeting on the matter is scheduled for next year.

Prof. Durflinger said the decision follows a rash of applications from different countries in commemorating battlefields and other hallowed military ground, which typically faces an uphill battle in becoming a World Heritage site.

Several sites linked to the Second World War have already been granted the status, notably the Genbaku Dome in Hiroshima, Japan, where the first atomic bomb exploded, and the Nazi concentration camp at Auschwitz-Birkenau in Poland.

“There were precedents,” Prof. Durflinger said. “If you look at the many, many, many designated sites, there’s quite a lot of grey area and there’s precedents for all sorts of things.”

For now, the only certainty is that the designation will not come in time for the 75th anniversary of D-Day, which many Canadians – including some of those who landed at Juno – will mark next month.

“It would have been terrific if that could have happened for the 75th,” Prof. Durflinger said. “It’s a pity.” 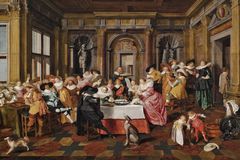 Opinion
Europe is disintegrating. Who will stand up for it?
May 24, 2019 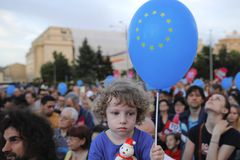