Black and Indigenous children appear to be put into care in relatively far greater numbers than other racial groups in Ontario, according to a report released Thursday that makes an urgent call for action.

The review by the province’s human rights commission finds a “staggering” number of Indigenous children in care across Canada — more now than there were in residential schools at the height of their use — and Ontario is part of the dismal situation.

By contrast, white children tended to be under-represented in the child-welfare system, the report says.

Renu Mandhane, chief commissioner of the Ontario Human Rights Commission, called the findings deeply concerning. Families and communities have been sounding the alarm about the disproportionate numbers of certain groups in the child-welfare system for years, she said.

“The long term damage caused by separating children from their families is undeniable,” Mandhane said in a statement. “The underlying social issues that result in the over-representation of Indigenous and black children in care are multi-faceted and need a multi-pronged approach.”

Mandhane called on the Ontario government to develop a provincial strategy to identify and address the issue. Such a strategy must have measurable and timely commitments, she said.

Fewer hard numbers exist for black children but it is clear they are over-represented in the child welfare system, particularly in the decision to investigate, the review states. In 2013, about eight per cent of black kids in Ontario were the subject of an investigation for maltreatment, compared to five per cent of white children, it said.

The study stops short of pinning blame for the disparities on systemic racial discrimination in part because collection of race-based data is patchy.

For example, many children’s aid societies don’t know the racial backgrounds of a significant number of kids in their care, the study states. The data gaps make it difficult to assess if racial disparities exist and therefore whether systemic racial discrimination is happening.

In addition, the report indicates serious concerns with child welfare agencies, especially those who show “notable disproportionalities.” Those agencies, the report urges, must acknowledge the problem and the impact they have on the trust and experience of affected families and communities.

Called “Interrupted Childhoods: Over-representation of Indigenous and black children in Ontario child welfare,” the report calls on child welfare authorities to examine whether they are engaging in practices that might violate human rights rules.

The Ontario Association of Children’s Aid Societies said it was undertaking initiatives to address the issues.

Ballantyne also said the over-representation of African-Canadian children was unacceptable.

“The data that exist match the voices of Indigenous and black young people in and from care, who recognize the systemic racism in their own lives that facilitated their entry into care,” Elman said.

Michael Coteau, minister of children and youth services, said the findings come as no surprise. The province, he said, has begun taking legislative steps to deal with the problem and wants to reform policy and funding.

Ontario’s legislation is unique in Canada in that it acknowledges the existence of racism and the role it plays in various institutions in the province, Coteau said. 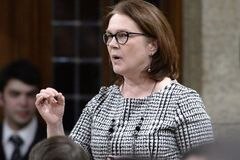 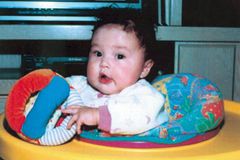 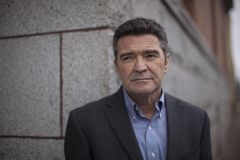