When Sheldon Atlookan went to check on his blueberry patches this spring, the flowering plants had evaded the seasonal risk of frost and looked promising. Soon after, small green berries started to appear. But when he returned again about a month ago, the sight this time signalled bad news for his picking group.

“They were like raisins – all wrinkly and flat,” he said. “Some of them were just like dust.”

For the second year in a row, the Aroland Youth Blueberries Initiative has cancelled its picking season – this time because there aren’t enough blueberries to pick due to high temperatures and lack of rain in the Northwestern Ontario region, which has seen up to 75 per cent less rain than normal in some areas. Last year, the group had to cancel the harvest because of the pandemic.

Mr. Atlookan, a band councillor for Aroland First Nation, in the Thunder Bay region, volunteers his time to help co-ordinate the program, which typically sells hundreds of baskets of wild blueberries each season. The money the group raises pays for student trips to places like Niagara Falls and the local Canadian Lakehead Exhibition as a reward for completing the school year. Mr. Atlookan said they are keeping track of the students’ successes this year to make sure they recognize them later.

“It’s a great incentive for our community – the only one stopping us is Mother Nature,” he said.

Faisal Moola, an associate professor in the geography, environment and geomatics department at the University of Guelph, said both types of blueberry plants in Northern Ontario – the lowbush and the velvet leaf – are experiencing drought stress. The plant’s small, shallow root systems don’t allow it to get the moisture it needs from the soil when there’s less rain. The plants essentially end up shutting down flowering production to sustain a vegetative state as a way to conserve energy to ensure survival for another year. That means no berries.

The consequences of this is serious, Mr. Moola said, because blueberries are a main source of food not only for humans, but also up to 50 different species of mammals and birds. He said black bears (females in particular), which eat copious amounts of blueberries as part of their diet, need to consume a certain amount of nourishment by the fall in order to reproduce and birth healthy cubs in the spring.

For Indigenous communities, wild blueberries are often a critical food source because they’re free and accessible, Mr. Moola said. Remote communities in the North pay up to two to three times more for food and groceries than the rest of Canada because of the cost to ship goods by plane.

Mr. Moola said there is also a social benefit for Indigenous communities whose members pick berries together, reinforcing the traditional and medicinal values of the plant.

A wide swath of Northwestern Ontario had 50 to 75 per cent less rain than usual in June and July, according to Environment Canada meteorologist Gerald Chang. He said Thunder Bay’s normal rainfall for July is 89 millimetres, but only 15.8 millimetres fell this year.

Mr. Chang said it has already been established by scientists – including in the recent report from the UN’s Intergovernmental Panel on Climate Change and the federal Canada’s Changing Climate Report – that heat waves will be more frequent and intense. Wildland fires in Northwestern Ontario burned in record-breaking numbers this year, causing the evacuation of several First Nations communities in the area.

Mr. Moola said it’s not just climate change that is consequential for the survival of berries, but that herbicide spraying in clear-cut areas is also killing off all plant life – including blueberries and raspberries – to promote new seedling growth. He said climate change and the forestry industry are intersecting, creating a perfect storm of impacts on traditional picking areas – not only in Ontario, but in Nova Scotia and British Columbia as well. Aerial spraying of herbicide is a forest-management practice used for decades by licensed forestry companies to eliminate unwanted plants in clear-cut areas to expedite the growth of coniferous seedlings, which are harvested for commercial use.

The active ingredient in one of the most common herbicides used is glyphosate, a chemical banned in Quebec, believed to be killing off plants and wildlife – a concern for First Nations and their traditional lands.

Ministry of Natural Resources and Forestry spokesperson Jolanta Kowalski said the glyphosate binds to plant surfaces and soil and doesn’t bioaccumulate, breaking down in its environment. She said the plants are somewhat tolerant to spraying, but can be impacted by high rates of glyphosate and repeated applications.

Ms. Kowalski said there’s usually no more than one or two applications of herbicide in less than 0.2 per cent of the province’s 27.7 million hectares of managed forest areas over a 70- to 90-year period.

Aroland community members, who range from youth to elders, would volunteer to pick berries for several days or even weeks from wild blueberry bushes that crop up after wildfires and logging. They would travel as far as 100 kilometres from the community for the fruit.

The berries would be cleaned and packaged into 3-litre baskets before being packed into a van and hauled about 350 kilometres southwest to Thunder Bay where Mr. Atlookan meets with local buyers, including shoppers at the farmers’ market, grocery stores and restaurant owners.

This year, however, there’s only enough berries for community members in Aroland to pick and harvest for themselves. Mr. Atlookan said his own family typically goes through 8 to 10 baskets throughout the year – kept frozen in Ziploc bags – using the traditional Indigenous staple to make pies for Christmas, among other things. 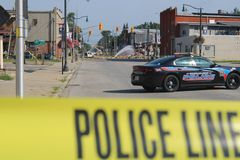 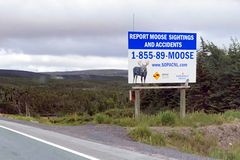 Mi’kmaq group to create logo to mark authenticity of cultural products
August 26, 2021
Follow Willow Fiddler on Twitter @WillowFiddler
Report an error Editorial code of conduct
Due to technical reasons, we have temporarily removed commenting from our articles. We hope to have this fixed soon. Thank you for your patience. If you are looking to give feedback on our new site, please send it along to feedback@globeandmail.com. If you want to write a letter to the editor, please forward to letters@globeandmail.com.
Comments