The Montreal-based plane and train maker posted a surprise loss in its second quarter, hurt in part by higher costs in its rail business as the company continues to have trouble executing on several major legacy contracts. The industrial manufacturer also shipped 40 per cent fewer jets in the quarter as the novel coronavirus pandemic rages on.

“The next few quarters will be challenging and difficult to predict,” Bombardier chief executive officer Éric Martel said on a conference call with analysts Thursday. “It is still unclear how the pandemic will unfold and what path the economic recovery will take.”

Mr. Martel, who joined Bombardier in April in the throes of a global health emergency, has reset plane production rates and laid off 2,500 aerospace workers as he tries to steer the company through the tail end of a dramatic reshaping that will see it sell assets that represented 65 per cent of its former revenue. Bombardier will become a pure-play maker of private business jets if things go according to plan next year.

The net loss for the quarter ended June 30 was US$223-million, or 13 cents per share, Bombardier said in a statement Thursday. Revenue plunged by 37 per cent to US$2.7-billion as the company produced and delivered fewer aircraft and less rail equipment while its factories were idle for several weeks during the COVID-19 lockdowns.

The operating loss was US$319-million, compared with a profit of US$312-million for the same quarter a year earlier. By that measure – earnings before interest, taxes, depreciation and amortization – analysts were expecting Bombardier to a report profit of US$39.3-million. The company ended the quarter with cash on hand and available credit of about US$2.4-billion.

Family-controlled Bombardier has two remaining sales to finalize and both are key to bolstering its cash position and strengthening its capital structure. One, the sale of a plane parts-making business to Spirit AeroSystems, is on track to close this fall, Bombardier said Thursday. The other, the €7.45-billion ($11.8-billion) sale of its train business to France’s Alstom SA, received European regulatory approval last week and should close in the first half of 2021, the company said.

For investors, unloading the trains business probably can’t come soon enough. Bombardier continues to struggle to execute several major rail contracts, taking an additional charge of US$435-million in the quarter related to what it called “incremental engineering, certification and retrofit costs” on several nearly complete projects that are mainly in the U.K. and Germany.

The company is one of the world’s largest makers of rail equipment and continues to win new orders to strengthen a US$33.7-billion backlog. But the business has been hamstrung in recent years by problems on a series of technically complex contracts, including deals with Germany’s Deutsche Bahn and London Overground, that have resulted in delivery delays and subsequent financial penalties from customers.

Those problems do not appear to have been resolved. Bombardier said Thursday that it mandated a new project team to conduct “deep dives into challenging legacy projects” to understand the reasons for the excessive costs. Mr. Martel said the company will hire a new senior executive, reporting to current rail boss Danny Di Perna, to help better manage resources and risk and “to ensure we regain clear visibility and control” of costs on those projects.

There is “an urgency” for the rail business to become more predictable, Mr. Martel said on the analyst call, as he gave his view on the sources of the trouble in the train unit.

“It’s clear that we became a build and retrofit operation, either because of late issue identification, a lack of clear accountability, or because we cut engineering resources too deeply in certain areas to meet misguided account targets,” Mr. Martel said. He said the goal going forward is “to build trains right the first time.”

Bombardier’s plane business, meanwhile, is also challenged. But the issues there are industry-wide and not specific to the company, including reduced demand for new aircraft amid continuing travel restrictions and economic anxiety caused by the health pandemic.

Bombardier delivered 20 business jets in the quarter, down from 35 in the same quarter last year. While new orders came in lower than last year, they were better than the zero orders expected, and the company said its aircraft service business remained busy.

“The business jet could eventually be a winner of the pandemic,” Mr. Martel told reporters, adding both private individuals and senior executives are looking for safer transport amid the health crisis. “It doesn’t mean they’re going to be buying a jet the next day. But they may fly and use [private fleet operators], which ultimately will translate into more volume for us.”

An equity analyst on the call expressed his skepticism that the company could get its cash management under control.

“How can we have any confidence in the second half that it’s actually going to get better?” Bank of America Merrill Lynch’s Ronald Epstein told Bombardier management. “Because if you look back at recent history – I mean, the cash burn for you guys has been pretty astonishingly awful.”

Bombardier finance chief John Di Bert said the company is coming out of a major product investment cycle that has taken a toll on cash usage. “Our biggest challenge has been clearly releasing train inventory and finished goods to customers,” Mr. Di Bert said. 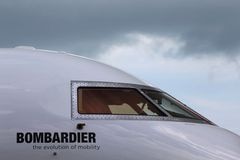 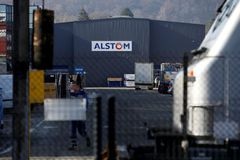 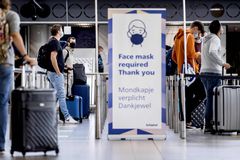