If you’re hoping to reserve a camp site at one of Ontario’s Provincial Parks this summer, the first thing you’ll need is an alarm clock. A good deal of patience helps. So does persistence.

Sam Bagga has all three, but after weeks of trying he still hasn’t been able to book a site in August for an annual family camping trip to celebrate his birthday.

“It’s terrible out there,” said Mr. Bagga, who lives in Toronto. “It’s COVID time. Everyone is desperate to go out.”

Pandemic-imposed travel restrictions caused the provincial park system to play host to a record number of visitors. This year looks to be even busier, with booking numbers already surpassing where they were at this time last year. Increased demand is making it harder than ever to book a site, but it is possible that the difficulty is being exacerbated by people taking advantage of a loophole in the booking system that allows them to overbook by a number of days and then cancel some. The good news is that if people are exploiting that loophole, there is still hope for people such as Mr. Bagga.

“That was the most visitation we’ve ever had,” said Natalie McMorrow, Park Superintendent for three of Ontario’s provincial parks.

The previous record – of 10.9 million visitors – was set in 2019. So far, this looks to be another record-setting year.

From January 1, when reservations opened, to March 12, Ontario Parks processed 222,681 reservations, an increase of 110 per cent over the same time period last year.

“Sometimes parks would have less mid-week visitation. We’re just seeing that we’re full most of the time,” Ms. McMorrow said.

With demand at an all-time high, some people are gaming the system.

Here is how it works. Suppose you wanted to book a site for August 27. Ontario Parks allows people to book sites up to five months in advance. That means if you were following the rules in good faith you could have woken up this morning and booked a site starting at 7 a.m., five months to the day.

But here’s the catch: most Ontario Parks allow people to book sites for up to 23 nights at a time. So a crafty camper could have gone on to the Ontario Parks booking system earlier this month and reserved a site for three weeks, never intending to use most of that time. Like you, they just want a site for August 27. Eventually, they will cancel all the days they were never going to use.

It’s a practice rumoured to be widespread, although it’s next to impossible to prove.

Loophole booking is certainly frowned upon, especially by outfitting companies that pay the bills renting canoes and setting up trips for customers.

“We’re cautioning people not to do it. If we find out they’re doing it, we won’t even rent them a canoe,” said Ted East, owner of Killarney Outfitters.

He believes more people than ever are taking advantage of this trick, based on how difficult it has been for his company to reserve sites for customers this year.

“Never before have we seen such initial pressures on the Ontario Parks reservation system,” Mr. East said.

Gordon Baker, general manager of Algonquin Outfitters, said more people than usual are making advanced bookings compared with last year, when it tended much more to be “last minute.”

“This year there seems to be more of a sense of urgency,” he said.

Like Mr. East, he believes more people than ever are gaming the system by booking huge chunks of time they don’t intend to use.

Ontario Parks tries to combat the practice by charging cancellation fees of up to 50 per cent of the total campsite fees charged at registration, depending on when cancellations are made.

If many people are reserving extra time they don’t plan to use, there is a silver lining, said Bik Brar, an avid camper who lives in Acton, Ont.

In 2019, Mr. Brar started a Facebook group called Ontario Parks Cancellations as a judgment-free forum where people looking for campsites can connect with people who may have them booked but end up cancelling them. The group has more than 17,000 members.

Lisa Crellin, a nurse practitioner in Toronto, had nearly given up hope of taking her son camping for the first time this summer when a site at Sandbanks Provincial Park became available this week for August.

“It’s always hard to get a site, but not as hard as this year,” she said.

She plans on looking for cancellations to go on another camping trip in June, she said.

Mr. Bagga is hopeful he’ll find something available for his birthday. Celebrating with a group of nearly a dozen people, including his parents and friends, he usually books two sites side by side. But this year he’ll take what he can get, even if that means two sites on opposite ends of a campground.

“This year, you grab whatever you can,” he said. 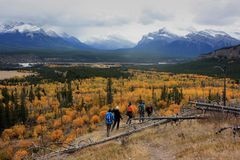 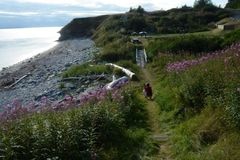