He bought them for a dollar.

Now, “boxes and boxes and boxes” of old audiotape and film that Bert Crowfoot has safeguarded for decades are turning out to be a priceless trove of Indigenous stories, culture and language.

“This is a continuation of our oral traditions,” said Crowfoot, who’s helping direct a project to turn a roomful of old interviews, talk, music and movies from a defunct Indigenous media organization into a searchable digital archive.

In the early 1980s, Crowfoot worked for a group that had for 20 years produced Indigenous programming for a provincial public broadcasting network.

From a studio in west Edmonton, it beamed interviews with Indigenous leaders, stories from elders and talk shows. It also shot abundant video and film.

Recordings of the programs were saved, but only in poorly labelled boxes stacked in a back room.

In 1982, the society went under. To keep the archive together, Crowfoot bought it for a buck.

The old reel-to-reels, VCR cassettes, 16-mm film and floppy discs went into a warehouse. For 36 years, that’s where they sat.

“I always walked by and said, ‘Man, we gotta do something with this stuff,” Crowfoot said.

Enter the University of Alberta’s Institute for Sound Studies.

The institute has long experience in digitizing and organizing sound archives. When a member of the university senate who is also involved with Crowfoot’s Aboriginal Multi-Media Society of Alberta heard about that expertise, he put the two together.

“I reached out to Bert and we started building this project,” said institute director Mary Ingraham.

“Digitizing The Ancestors,” as the project is called, is a mammoth task.

Ingraham estimates there are 2,000 reel-to-reel audio tapes and about 1,000 reels of 16-mm film, as well as piles of other defunct and deteriorating analogue media and obsolete computer formats. Just finding the machines to play everything — and people to keep them running — is a challenge.

“When was the last time you used a floppy disc?” asked Crowfoot.

And that’s the easy part.

Once the tape has been digitized, the file’s content, speaker, context, date and keywords all have to be catalogued so that each can be used in a search. Most of that material is in Cree.

Ingraham estimates that every hour of analogue-to-digital is followed by five hours of logging. The results, however, are worth it.

The archive is an invaluable record of voices that have long passed, said Crowfoot. They tell stories both traditional and personal — tales of residential schools, for example.

There’s powwow music and there are country songs. Phone-in shows from remote Indigenous communities. Crowfoot thinks there’s a feature film as well. And it’s priceless evidence of how the Cree language has changed over nearly 60 years.

Not all the material will be public. Some has to be treated with sensitivity and will be accessible only to members of the community from which it came.

“You can’t put this on Facebook,” said Crowfoot. “It has to be treated with respect.”

Ingraham estimates the entire project will cost about $2 million. About $170,000 has been committed from the university and the federal government — money well spent, she said.

“I care about our voices and, for me, Indigenous voices have been missing. I care that the next generation has an opportunity to hear and understand.”

Other Indigenous media societies with their own archives are now looking at “Digitizing the Ancestors” as a model, said Crowfoot. 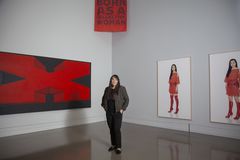 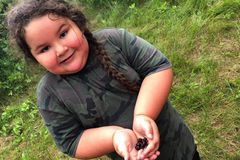 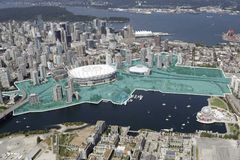