As the number of new daily coronavirus infections in Ontario has crept up recently, one city stands out as a hotter spot than any other: Brampton.

The city of nearly 700,000 northwest of Toronto is part of Peel Region, an area that now has more active cases of COVID-19 – 451 as of Wednesday – than any other public-health unit in the province, according to provincial figures.

Toronto, which has a population more than twice the size of Peel’s, has 439 active cases.

In the past week, Peel’s case counts have reached heights not seen since June, and about three-quarters of the new infections have been diagnosed in Brampton residents, according to Monica Hau, Peel’s Associate Medical Officer of Health.

Behind the spike are at least 55 cases connected to a major workplace outbreak, along with an increase in cases diagnosed in travellers returning primarily from the international COVID-19 hot spots of India and Pakistan, many of whom live in large, multigenerational households where the virus can easily spread.

Although the bulk of the recent cases in Brampton are in younger adults who are less likely to fall seriously ill, the spike is beginning to spill over into the city’s hospital, said Andrew Healey, interim chief of the emergency department at William Osler Health System, the network that includes Brampton Civic Hospital.

Both hospital networks are still seeing far fewer COVID-19 patients than they did during the height of the first wave in April and May.

Most of the infected workers live in Brampton, according to Mayor Patrick Brown.

“I was told by public health that it’s the largest outbreak we’ve had during the pandemic in a workplace cluster,” Mr. Brown said in an interview with The Globe and Mail Wednesday.

The mayor also said that 32 travel-related cases were reported in Peel between Sept. 1 and Sept. 7, and that public-health officials are bracing for more as international college and university students pour into Brampton from abroad.

It’s not clear if any of the newly diagnosed travellers have spread the coronavirus. Peel reported about 350 new cases in the past week, Dr. Hau told a news conference Wednesday, meaning the recent travel-related cases would make up less than 10 per cent of that total.

Peel Region has been one of the hardest hit areas of Ontario throughout the pandemic, although it experienced a reprieve over the summer. Some characteristics of the region have made it particularly vulnerable to the virus, including the fact that many of its residents are racialized – something that has been linked to higher rates of COVID-19 in many countries – and many also work in high-risk occupations such as international trucking, manufacturing and health care.

Between mid-April and mid-July, the region reported that 77 per cent of cases were in racialized residents, more than their 63-per-cent share of Peel’s total population. South Asian, Black and Latino people were most over-represented among those who caught the virus.

Peel was one of the last regions to move into Stage 3 of Ontario’s reopening plan, which allowed for the reopening of indoor dining, gyms and playgrounds.

Dr. Hau said that a few COVID-19 cases have been found in staff or patrons at fitness facilities and restaurants, but that none of those cases posed a risk to the broader public because the people involved were believed to have been infected elsewhere.

Peel Public Health has refused throughout the pandemic to disclose the locations of workplace outbreaks that don’t present a clear risk to the public – a policy Mr. Brown said he disagreed with.

“They say privacy law dictates that,” he said. “I don’t support that. I think we should be fully transparent and tell the public where it happens.”

In an e-mailed response, Ashleigh Hawkins, a spokeswoman for Peel Public Health, wrote, "No public notification is needed for workplaces where we have the names of all close contacts identified in our investigation. This is consistent with provincial guidelines for workplace outbreaks. This also supports the privacy of the people who test positive and the businesses that employ them.”

Editor’s note: An earlier headline incorrectly said Brampton has the most active coronavirus cases in Ontario, when in fact, it is Peel Region. 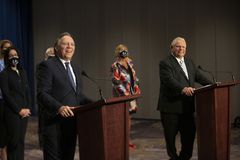 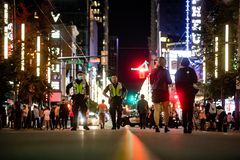