A Toronto-area judge has taken the extraordinary step of denouncing the Ontario government over court delays, saying the province has failed to provide enough courtrooms to maintain public confidence in the justice system.

The Superior Court facility in Brampton, northwest of Toronto, “has now reached the breaking point,” Regional Senior Justice Peter Daley told reporters and lawyers in his courtroom, citing the routine transfer of civil, criminal and family cases to courthouses in other cities because of lack of space, and criminal cases perpetually in danger of being thrown out for unconstitutional delay.

Justice Daley in effect used his courtroom to hold a news conference. Several days earlier, the court invited reporters, videographers and cameras to Justice Daley’s courtroom for the prepared remarks, sending out permission forms so television and still cameras could get past security.

He said Attorney-General Caroline Mulroney declined his invitation to send counsel, even as her ministry violates its constitutional and statutory responsibilities to provide suitable courtroom facilities.

Ms. Mulroney blamed the previous government. “We are working every day to clean up the financial mess the Liberals have left Ontario in, and that includes finding ways to deliver efficient and effective services that meet the needs of Ontarians," spokeswoman Jessica Trepanier said in a statement. "The ministry will continue to review and respond to the facility needs of the Brampton courthouse as we move forward.”

Cameras are not usually permitted in court. And judges do not often call publicly on government to increase spending.

But Justice Daley said behind-the-scenes talks between Chief Justice Heather Smith and the Ontario Ministry of the Attorney-General that produced an agreement on how to proceed as far back as 2008 have led to almost nothing.

He was speaking in a white-elephant courthouse in which the top four floors of a six-storey addition that was to have been completed in 2017 sit empty because the province has not approved the money to finish it – “folly at its highest,” he said. The Superior Court is federally appointed, and the Brampton facility serves a region of more than one million people.

“The Ontario government past and present is either willfully blind to the erosion of trust … or it believes that spending on this courthouse will not result in more votes. Either way, the government’s inaction is unconscionable.”

For four years, Justice Daley said, some criminal, civil and family cases have been transferred to Kitchener, Guelph, Milton and Oakville, which he described as a hardship for litigants and their families, witnesses and lawyers. Kitchener’s courthouse is 75 kilometres away and difficult to reach by public transit. Milton’s courthouse is so dilapidated the province is spending $2.6-million to rid it of mould, he said. And the Brampton Superior Court, which has 29 judges and not enough room for them all, is soon to begin transferring civil and family cases to two courtrooms in downtown Toronto, 40 kilometres away, a stop-gap measure for a year, when the government lease on them runs out.

What’s more, he said, because the Supreme Court set time limits for criminal proceedings two years ago in a case known as Jordan, the Brampton courthouse is constantly scrambling to prevent cases from being thrown out for delay.

Criminal trial dates are being booked 10 months away.

“There are many cases that would be in jeopardy under Jordan if we had to wait that long to hear them," Justice Daley said. "So we have had to prioritize those cases, rendering others potentially in jeopardy. It is a case of whack-a-mole that requires a constant oversight.”

He said the government informed the court last Friday it was proceeding with work on the six-storey addition, but that would not include any new courtrooms.

Joel Dick, a lawyer who was in court when the judge spoke, called it very unusual: “This is the first time I’ve ever seen something like this.” He added that the delays are serious. “They are a real access-to-justice problem for civil litigants. I understand why criminal matters need to take precedence, but there is a real problem, particularly here in Brampton, but across the province, because of delay.”

A court spokeswoman said the court needs an extra four courtrooms and six offices for judges, plus additional space for unified family courtrooms.

Peel Region, which includes Mississauga, Brampton and Caledon, had a population of 1,438,000 in 2016. When the courthouse was built in 2000, it was already inadequate, Justice Daley said. In 2012, the province agreed to build modular units, creating three new courtrooms and two conference settlement rooms, by 2013. But construction never began. 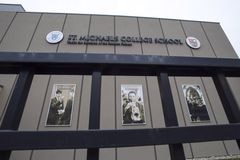 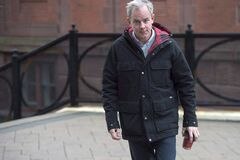