As legislation to legalize recreational cannabis drags on in the Senate, two assertions about the drug are frequently cited by skeptics in the Red Chamber: that ending prohibition will lead to an increase in teen use; and that marijuana is a so-called gateway to harder drugs.

While five separate committees continue to interview experts in the leadup to a final vote on Bill C-45 on June 7, some Conservative senators have touted studies that conclude the answers to those two questions are yes, but independent senators and public health experts say the existing data do not support those contentions.

Does legalizing cannabis lead to more teens using it?

As is frequently the case with cannabis research on many topics, most academics say more evidence is needed before any concrete trends on teen use can be identified.

However, Beau Kilmer, a cannabis-policy researcher with the Rand Corporation, a non-profit American think tank, said several years of data from states that have legalized show that ending prohibition has done little to change how many teens are reportedly using the drug.

Mr. Kilmer stated that legalization had no appreciable effect on the rate high-schoolers in Colorado were using cannabis, citing the most comprehensive study yet exploring the association between cannabis legalization and youth prevalence, published in JAMA Pediatrics last year. That study also found that there was no increase in the rate that Washington’s Grade-12 students used the drug after it was legalized.

However, Magdalena Cerda, an associate professor at the University of California Davis Department of Emergency Medicine who led the study, said the research found some discrepancies. The first year or so of legalization led to a 4.1-per-cent increase in monthly usage among Washington State’s Grade-10 students, compared with their peers in states without recreational-marijuana laws. In addition, the statistical model that Dr. Cerda’s group created to compare similar data sets from across the country found Washington’s Grade-8 students increased their post-legalization use by 2 per cent. But, she cautioned, the Grade-8 estimate cannot be ruled out as a random variation in the data.

She added that her group’s analysis, which involved fewer than 6,000 Washington students, can’t be compared with much larger studies of raw data that suggest these rates of use did not change. Dr. Cerda said her findings need to be replicated with other data, ideally taken from surveys in every state that use samples large enough to be representative of each jurisdiction.

Her group of researchers was surprised to see that Colorado’s rates of teen cannabis use remained unchanged.

The study noted that the onset of legalization did little to affect how Colorado’s teens perceived cannabis as being harmful, perhaps because they already had relatively positive views of the drug. However, during this same period, the study found that their peers in Washington showed a significant decline in their perceived harmfulness of cannabis.

Julia Dilley, an epidemiologist working for the Portland-area county and Oregon’s department of public health, said research done by her and colleagues in states that have legalized has not indicated that there has been any major change in how many teens are using the drug.

Is cannabis a “gateway” to the use of other, more harmful drugs?

Cannabis has long been seen as the first stepping stone to the use of harder drugs.

A year ago, the National Academies of Sciences, Engineering and Medicine issued a landmark report drawing on two decades of cannabis research to outline nearly 100 conclusions about the drug, including that there was limited evidence of a statistical link between marijuana use and changes in how people use other legal and illegal drugs.

It noted that previous research had questioned why cannabis was seen as a “gateway” drug when most people drink and smoke cigarettes as teens before they consume marijuana for the first time.

The review did find that cannabis users were found to be at a higher risk for heavy drinking compared with those who don’t use the drug. And it found that there is moderate evidence of a statistical association between marijuana and the development of a dependence or an addiction to alcohol, tobacco and other illicit drugs.

M.J. Milloy, an infectious-disease epidemiologist at the BC Centre on Substance Use (BCCSU), said that while some people undoubtedly use cannabis then go on to other drugs like cocaine or heroin, vastly more people stick to cannabis and never progress to any other forms of drug use.

“[The gateway theory] has never stood up to scientific scrutiny, in part because it is more a popular concept and a cornerstone of prohibitionist policies rather than something that’s ever been observed among humans,” Dr. Milloy said.

Research is now emerging that shows cannabis may help people wean themselves off harder drugs such as crack, as a study co-authored by Dr. Milloy last year seemed to suggest.

Scientists at the BCCSU tracked 122 people who consumed crack in and around Vancouver’s Downtown Eastside over a three-year period and found that they reported using the drug less frequently when they opted to also consume cannabis.

“There is now emerging evidence to suggest that at least some people are using cannabis in an attempt to get off of certain drugs,” he said. 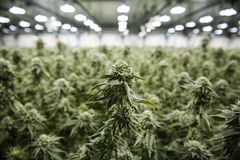 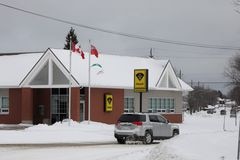 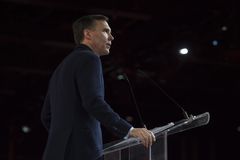