Pay disparities at Canadian companies operating in Britain are being exposed for the first time under new rules that require large employers to divulge their gender pay gaps.

Regulatory filings, required for employers with 250 or more workers, show that Toronto-Dominion Bank and SNC-Lavalin Rail & Transit Ltd. have some of the widest gaps among Canadian firms in Britain. TD pays women 48-per-cent less than men in Britain, with the gap widening to 84 per cent for bonuses. SNC-Lavalin’s gap is 40 per cent, widening to 67 per cent for bonuses. Nearly all of its highest-paid workers, 93 per cent, are men.

Britain made gender-pay reporting mandatory with the hope that greater transparency will reveal where gaps exist, and – through more accountability - spur employers to address them. The disclosures, which show almost eight in 10 British companies pay men more than women, have already sparked a sea of rankings on best and worst performers that may affect employers’ reputation and their ability to recruit workers.

No comparable reporting like this is required yet in Canada.

“Gender is becoming a bigger issue worldwide … and there’s a sweep of legislation that has been happening that is focused on transparency,” said Dionne Pohler, assistant professor at the Centre for Industrial Relations and Human Resources at the University of Toronto. “Even just in the process of having to report these numbers, companies are forced to actually pay attention to how wages are set and who’s getting what inside their organizations.”

Canada, where the gender wage gap is among the worst of 38 OECD countries, is taking some measures to boost pay transparency – moves already under way in peer countries such as Germany, France, Australia and Iceland. The federal government said in its February budget that it will publish clearer wage-gap information online of employers in the federally regulated sector, which includes such industries as banking and airlines. It noted that the median income for women in Canada is $28,120, compared with $40,890 for men, a gap of 31 per cent.

Ontario, meanwhile, has introduced new pay transparency legislation that will require large employers to track and report wage gaps to the province, and disclose them to employees.

In Britain, the filings have made waves, revealing large pay gaps at airlines, especially Ryanair, and at banks, where bonus gaps are the biggest. The disclosures generally show that women are under-represented in higher-paying positions and that no sector pays women more, on average, than men.

At least a dozen Canadian firms have published their pay gaps, including four of the five big banks (CIBC did not have to disclose, as it has less than 250 employees), Bombardier Transportation and BlackBerry UK. In nearly all cases, women earned less than men, and their pay disparities were larger than the average gap in the majority of instances.

“What is being shown is that those Canadian companies have a significant gender pay gap – and we’re finding out because they have to report in England,” said Fay Faraday, a Toronto-based lawyer and co-chair of the Equal Pay Coalition. “We need that transparency here at home so that we can hold companies accountable here, because we know those pay gaps exist here, too.”

TD’s British operations, largely in capital markets, have 284 employees, of which 31 per cent are women. In its top pay quartile, the representation of women drops to 14 per cent. The bank’s analysis shows its pay gap “is caused by having more men than women in higher-paying senior roles.” By addressing barriers that can affect the attraction, retention, and career progression of women and by working to raise the share of women at senior levels, it expects “to make progress in closing the gender pay gap.”

Royal Bank of Canada’s British operations have a median hourly pay gap of 39 per cent. A breakdown of its businesses there shows RBC Europe Ltd. has one of the wider gaps in the sector, where the hourly pay gap is 57 per cent – meaning women earn 43p for every £1 that men earn. Women’s median bonus pay is 86-per-cent lower than men’s.

RBC chief executive officer Dave McKay told reporters in Toronto on Friday that the industry “has struggled to attract more diverse talent into some of those roles at the upper end of the compensation market” – roles that could be made more flexible to attract women. “We don’t have the mix of diversity in our wealth franchise, in the broker roles, that we aspire to. And our customers are increasingly more diverse, and therefore it’s a long-term market requirement.”

The 10,200 filings have some data limitations, and do not reflect whether workers receive pay for equal work. The gender pay gap is a complex issue, and results should be interpreted with care, said Ms. Pohler, who is also faculty research fellow at the Institute for Gender and the Economy at the Rotman School of Management AT University of Toronto.

“There are things that happen pre-labour market – for instance, if women on average in a particular firm have less education or less experience, then the question is: what are these numbers telling us? Is [the gap] because of discrimination … or something prior to entering a firm?” ​

Still, these disclosures “paint a pretty clear picture of where we need to focus as a society and as businesses,” said Karen Gill, co-founder of everywoman, a London-based organization that works to advance women in business.

“It’s put a focus on the massive need for societal change, in terms of occupation choice for girls, and then organizations making sure that they have got the right things in place to enable equal opportunity.”

With files from James Bradshaw in Toronto 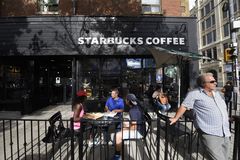 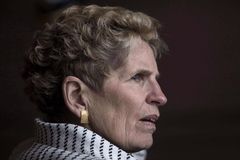 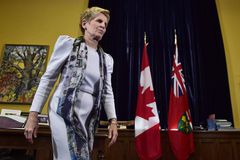