But by international standards, set more than a decade ago by Britain with climate-target legislation since emulated in other countries, the much-hyped plan tabled by Environment Minister Jonathan Wilkinson is more underwhelming.

For Canadians weary of watching their governments set far-off climate goals, without detailed roadmaps for how to get there and accountability for sticking to them, this bill does provide some cause to believe that pattern will be broken. The end to the period in which there is “no legal obligation on the government of Canada to do anything on climate change,” as Mr. Wilkinson put it in an interview after the announcement, makes Prime Minister Justin Trudeau’s pledge to get Canada to net-zero emissions by 2050 seem less like a punt.

With one voice: The world’s youth speak out in frustration over climate inaction

Broadly, the legislation includes many of the mechanisms that have helped bring seriousness to climate policy elsewhere. It requires setting milestone targets every five years, specific plans to meet them, and remedial policies if the government is falling short. It promises an outside advisory body to help steer the process. While it doesn’t include specific penalties for failure, its mere existence increases the likelihood of legal action by environmental groups if legislated requirements aren’t met.

But look more closely, and in many of those regards it falls short of the established ways for this kind of legislation to reshape the climate-policy discourse. It also fails to adapt what other countries have done to the Canadian context, by not tackling the need to bring provinces along.

The bill’s most glaring shortcoming is that it pledges to set the first of its milestone targets – to be every five years, eventually – for 10 years from now. Sure, Mr. Wilkinson would be required to set that 2030 target no later than nine months after the legislation passes. It’s still disheartening that a government trying to show willingness to hold itself to account would set the first markers for long after it is likely to be in power.

Less obvious, but potentially more of a problem, is that the bill doesn’t match the better international efforts by pairing targets with “carbon budgets,” which would set shrinking amounts of emissions cumulatively allowed over each five-year period. That means less imperative to shrink the country’s carbon footprint each year between now and 2030, or between 2030 and 2035, and less disincentive to backload the effort. It also means eschewing the opportunity to break down allotted emissions by each sector, which would make the whole process less abstract.

There is also cause for concern about the version of outside scrutiny that Mr. Trudeau’s Liberals have settled on. In Britain, the independent and non-partisan Climate Change Committee (CCC) serves as a high-profile outside watchdog, publicly reporting and advising on whether and how targets are being met. Not only does that provide greater accountability than the government of the day reporting on itself, it also brings a measure of consistency to climate goals and even policy paths, when new governments come in.

Here, the new legislation splits the outside responsibilities. An “advisory body” is to be appointed by and serve the Environment Minister, without much evident accountability function. Reporting on targets is to be hived off to the Commissioner of the Environment and Sustainable Development, a relatively low-profile officer of Parliament who once every five years will be expected to assess the climate plan’s implementation. Although Mr. Wilkinson argued it will be more effective to keep those two functions separate, neither seems positioned to be as consistently authoritative as the CCC.

And then there is the federal-provincial challenge, for which there is admittedly no easy solution. There is only so much that Ottawa can do to meet its targets without buy-in from subnational governments with strong hands in everything from industrial regulation to transportation. Constitutionally, it also can’t force specific emissions-reductions targets on each province.

But there are still some ways that climate-accountability legislation could help get that conversation rolling. With carbon budgets, there could be breakdowns of how much each province needs to reduce emissions to meet national goals. Or a stronger new advisory body could have been empowered to work with the provinces as well as the federal government. Instead, the bill specifies only that when setting targets and plans, the Environment Minister has to provide provincial governments an opportunity to make submissions, and that the federal plans may take into account provincial efforts.

None of this negates that Canada’s commitment to a net-zero future will have more scrutiny than there has been of any federal emissions-reduction promise to date. It positions the country to be more credible in international negotiations, scheduled for next year, toward a more ambitious climate pact than the Paris Agreement.

The bill even includes one notable measure beyond what other countries have done in comparable legislation: a requirement that the finance minister report annually on how the government is managing its climate-related financial risk, which is an interesting way of leading by example as the private sector is pushed to do likewise.

And it’s possible that the government will demonstrate strong intent through its actions. In the interview, for instance, Mr. Wilkinson implied that sectoral strategies, which the bill does not explicitly require, would be part of emissions-reductions plans. And he suggested the advisory group would be a “high-profile” body, which could be proven through its appointments.

But in many ways, Thursday’s announcement seems more like a decent starting point for strong climate accountability than an assurance of it.

That could make for a good test of the current minority Parliament. The legislation will likely need support from parties with strong environmental interests – some combination of the NDP, Bloc Québécois and Greens – to get through. If they want to push to make it stronger, there are plenty of places to start. 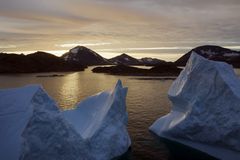 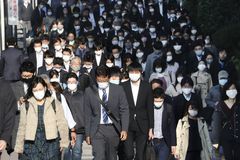 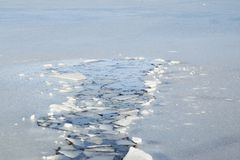