The family of a teenage girl who fatally overdosed at a music festival in British Columbia’s Okanagan Valley last summer is calling for an expansion of drug-checking services.

Adison Davies, 16, died last July after ingesting what she believed was MDMA, or ecstasy, at the Center of Gravity music festival in Kelowna. The drug turned out to be a lethal dose of MDA, or Sally – a similar drug that caused her to seize and go into cardiac arrest.

With the girl’s death, the Davies family, which had never thought much about illicit drug use before, was suddenly thrust into the world of B.C.’s overdose crisis.

“We have learned a lot,” said Colton Davies, Ms. Davies’ older brother, in an interview from Kamloops. “We’ve really opened our eyes to the festival world, to the drug world in general. We’re just trying to educate ourselves on what happened, and educate ourselves so we can maybe prevent it from happening to another person.”

The Davies family had never felt a need to talk about drug use. Ms. Davies was a straight-A student who worked two jobs and was accepted early into university. She had ambitions to enter the medical field. She was always the one helping others.

Just one month before her death, Ms. Davies had attended another music festival, this one in Vancouver, where she assisted two others who appeared to be overheating from drug use under the summer sun.

“One guy, he wasn’t breathing properly," Mr. Davies said. "She and a friend checked on him, got him some help and water and stuff. He came and thanked them later and said, ‘You saved me. I probably would have collapsed in the sun.'”

At the Kelowna music festival, Ms. Davies and a few friends ingested what they believed to be tablets of MDMA. A short time later, she began having difficulty breathing, and experienced seizure-like behaviour, according to a coroner’s report released this month. Medical staff at the festival treated Ms. Davies but she became unresponsive and did not regain consciousness.

Ms. Davies’s friends did not experience any adverse reactions, her brother said.

The family would learn later, from talking to her friends, that this was her second or third time experimenting with illicit drugs.

In her report, coroner Adele Lambert recommended that Interior Health ensure that drug checking and information about harm reduction and substance-use risks be made available at major events where illicit drug use is a known risk. Drug checking was not available at Center of Gravity last year.

In the nine months since, the Davies family has turned grief into advocacy, calling for an expansion of drug-checking services.

“Obviously, you shouldn’t be doing drugs at all, but if you’re going to be experimenting with stuff, and obviously teenagers will, use resources that are available,” Mr. Davies said.

Drug-checking services have operated quietly in Vancouver since the early 2000s, borne out of the rave scene.

Kenneth Tupper, now a senior policy adviser at the BC Centre on Substance Use (BCCSU), then ran the local chapter of a group called DanceSafe, which would take scrapings of ecstasy pills and check them using a Marquis reagent test.

“We were always discouraged, if not outright threatened, by law enforcement from doing this because it was technically a violation of the Controlled Drugs and Substances Act,” Dr. Tupper said.

In the early 2000s, the Shambhala Music Festival, near Nelson, became the first music festival in the province to offer drug checking openly, albeit still technically unauthorized.

“One issue [is liability], another is the idea of aiding and abetting illegal drug use, giving a false sense of security,” he said.

“I think that people should be empowered to make informed choices, and more information is better than less information.” 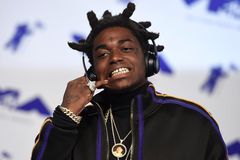 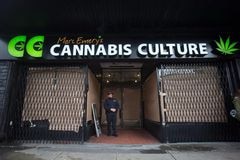 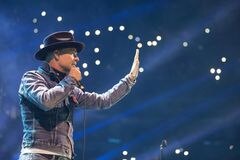