As the first known outbreak of COVID-19 in a Canadian prison was announced on Monday, the country’s biggest lawyers’ group called on the federal government to identify inmates who can be safely managed in the community and release them.

Two inmates, and nine staff members at the maximum-security Port-Cartier Institution in Quebec have tested positive for COVID-19, the federal corrections service said on Monday. The inmates are being medically isolated within the prison, and the staff members are isolated at home.

At the same time, the Canadian Bar Association, representing 36,000 members of the legal community, added its voice to a rising chorus of prisoner advocacy groups urging the federal government to “consider releasing those who can be safely released” from prisons and immigration facilities.

“We believe the current situation may soon become dire,” the CBA said in a letter to Public Safety Minister Bill Blair, whose department oversees federal correction facilities. The letter was drafted before the announcement of the outbreak at Port-Cartier.

Inmates, too, are pleading for release, whether they are in federal or provincial custody.

“A lot of us have lives, families, kids,” William Lewis, 54, a father of three, said in an interview from the Surrey Pre-Trial Detention Centre, a provincial facility in British Columbia. “Don’t look at us as a bunch of schmucks. Look at us as human beings, and people who can give back to society in a positive way.” He said he has stage 4 colon cancer and is especially vulnerable if he becomes ill with the coronavirus. He has been held eight months while awaiting trial on charges of fraud under $5,000 and impersonating a peace officer, and said he will plead guilty and ask for a sentence of time served.

The provinces have already been moving, at varying speeds, to release prisoners. Ontario and Nova Scotia have been the most aggressive and pro-active. Both provinces have undertaken extraordinary efforts to review individual files – in Ontario’s case those of all inmates, and in Nova Scotia’s, of all remand inmates, or those awaiting trial. The inmates do not need to apply.

Ontario has now released more than 1,000 inmates, according to a newsletter of the Criminal Lawyers’ Association published just over a week ago. (A government spokeswoman declined Monday to update or confirm that number, but said the province is continuing to reduce the jail population. Eligible inmates must be near the end of their sentence, at low risk to reoffend and not have committed a serious crime.) And Nova Scotia has released 79 inmates with support in the community, and expects another 50 or so to be released, amounting to roughly 45 per cent of the remand population.

“It has been a fire drill, and it’s been remarkable,” John Struthers, the CLA’s president, said in an interview. “The crowns, the judges, the JPs [justices of the peace], the court staff, the CLA volunteers as well as duty counsel, now remotely, have been doing everything they can to consider every case of someone in jail to determine whether there’s any way they can be released safely.”

Similar co-operation has been happening in Nova Scotia, Provincial Court Chief Judge Pamela Williams told The Globe and Mail. All 79 released individuals had either been denied bail previously, or were waiting for a bail hearing. At least one man had been charged in intimate-partner violence, she said. She said she held hearings last Saturday and Sunday to facilitate the releases, after a leading infectious diseases expert, Lisa Barrett, described to her the urgency of the matter.

Chief Judge Williams said she does not believe the prisoner releases endanger the public. Jail is not a public-safety answer in many cases, but a way to fill social needs such as housing that would otherwise not be met, she said.

“Jail is often a default position for a social safety net that has many holes in it," Chief Judge Williams said. "Often people are remanded not because they’re a danger per se but because they don’t have stable housing in the community or supports that would help them.”

There are just over 14,000 prisoners in federal institutions, serving sentences of two years or more. In provincial jails, roughly 24,000 people are locked up. Of that 24,000, more than 60 per cent are awaiting trial.

Mr. Blair told the Senate last week that he had asked for information from the Parole Board of Canada and the correctional services on release options for federal prisons. His office said Monday that the government’s response will evolve as the pandemic unfolds.

Roughly 700 federal prisoners are either over 65, suffer from dementia or Alzheimer’s disease, have mobility issues, or are in palliative care, federal prisons ombudsman Ivan Zinger said in an interview. Two years ago, he urged corrections authorities to do an internal review of this group of prisoners, with an eye to releasing some members with support in the community. Nothing got done, he said.

“There are many individuals incarcerated in federal corrections who could be safely managed in the community,” Mr. Zinger said.

But at this point, with the pandemic under way, it would be a “monumental task” to begin the release process, he said, because the release of prisoners before their sentence is complete involves a series of risk assessments, and the development of a reintegration plan for each.

’Do something now:’ Inmate’s wife calls for release of non-violent offenders
March 29, 2020 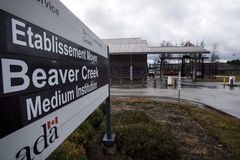 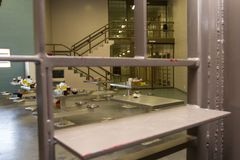 Timely justice does not depend on judge’s decision time, Supreme Court rules
March 20, 2020 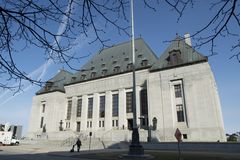