The Chinese embassy denied any role in two incidents at Canadian universities last week that raised the spectre of Chinese political interference.

The embassy said it strongly supports the “just and patriotic actions” of Chinese students who spoke out against those who, in its view, support separatism in the restive regions of Xinjiang and Tibet.

Last week, a Chinese student group at McMaster University in Hamilton said it had informed the Chinese consulate in Toronto about a speech on the plight of Muslim Uyghurs in Xinjiang. And at the University of Toronto’s Scarborough campus, a student union election was marred by threats and a mass petition calling for the removal of a candidate who supports Tibetan independence.

The Chinese embassy said since Canada values freedom of speech, those who oppose separatism should be free to express themselves. But students at both campuses are asking whether the Chinese government had a hand in these incidents.

At McMaster, Rukiye Turdush, a critic of the internment of Uyghurs in Chinese political indoctrination centres, was invited to speak by Muslim student groups on Feb. 11.

Her talk was interrupted, including by one person who hurled insults at her, she said.

“I strongly believe that these students are instructed by the Chinese government,” Ms. Turdush said in a post published on Youtube. She alleged the language they used echoed that of the Chinese Communist Party.

“The Chinese consulate [is] using these students to infiltrate the academic field,” she said, calling it a threat to free speech and academic freedom.

A joint statement issued by the Chinese Students and Scholars Association and a handful of other McMaster student groups condemned the lecture, saying its intent was to promote ethnic hatred in service of a separatist movement.

The student groups immediately informed the Chinese consulate, they said in the statement. The students also asked McMaster to ensure that in future “Chinese students’ dignity won’t be infringed.”

A spokesman for the embassy denied Chinese diplomats played any role in the incident.

McMaster University said it had not been contacted by Canadian police or security agencies, but made clear to the students who complained that the university is committed to upholding free speech.

There are roughly 140,000 Chinese students in Canada, more than from any other nation. Their presence has been a financial boon to Canadian universities and has helped forge closer economic and intellectual ties between the two countries. But as political tensions between the two countries rises, schools are being advised to diversify their recruiting, particularly after Saudi Arabia pulled many of its students out of Canada last year following a diplomatic spat.

Chemi Lhamo was elected student council president at the University of Toronto Scarborough campus a week ago. Shortly after, her Instagram account started to receive dozens of comments that she described as hate-filled and malicious, nearly all of it motivated by her advocacy for an independent Tibet.

She said many of those comments were sent by international students from China. A student group called The Ladder Street posted a statement on their WeChat account, which now has been viewed more than 100,000 times, saying many students voted for Ms. Lhamo without knowing that she had advocated for Tibetan independence.

“Electing person like that as the SCSU president will for sure harm the feelings, rights and interests of the international students,” the statement reads. A petition calling for the removal of Ms. Lhamo received more than 11,000 signatures.

The author of the petition, Liu Junlong, told The Globe he has since apologized in a public post and closed the petition because it was not his intent to promote online bullying.

This week, Ms. Lhamo’s new office had to be shut down twice for safety reasons after students showed up to demand her election be nullified, she said.

Don Campbell, spokesman for the University of Toronto Scarborough, said the campus police are investigating.

Allen Zhu, business school professor at Capilano University in B.C., said many international students from China are opposed to the notion of independence for Tibet, Taiwan or Xinjiang. But they need to adapt to the Canadian model of expression that allows for debate of controversial ideas, he said.​

Opinion
China is at a crossroads
January 2, 2019

Inside China’s campaign against the Uyghurs
November 5, 2018 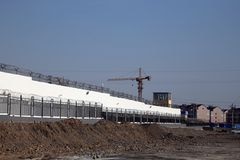 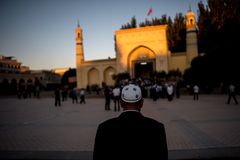 Follow Joe Friesen and Xiao Xu on Twitter @FriesenJoe @xiaoxuyvr
Report an error Editorial code of conduct
Due to technical reasons, we have temporarily removed commenting from our articles. We hope to have this fixed soon. Thank you for your patience. If you are looking to give feedback on our new site, please send it along to feedback@globeandmail.com. If you want to write a letter to the editor, please forward to letters@globeandmail.com.
Comments