Heather Dixon’s breaking point came on the day she found out there wouldn’t be camps this summer.

After months of being a full-time mom, a teacher and running her website – of dealing with all the demands that pandemic life has heaped upon parents – she decided to let go and give her three daughters, ages 10, 8 and 6, the kind of summer she had growing up in the 1980s. That is, one where they’re allowed to essentially roam free outdoors with their friends.

“I was so busy trying to work and teach and parent. I was so worried about what this was doing to their mental health and was trying to keep them preoccupied all the time. And then I was just like, oh god, I can’t do this any more. They’re going to be okay, so get outside,” says Ms. Dixon, who runs the parenting site Savvymom.ca and lives in Burlington, Ont.

Now, the oldest one can wander the neighbourhood on her bike or play with friends in the nearby creek. The eight-year-old is allowed to hang out on their street so long as she is with friends. The six-year-old gets to play out back unattended.

“I’ve just started giving them an independence that they normally wouldn’t have,” Ms. Dixon says.

With many camps, sports leagues and other structured activities cancelled because of the pandemic, some parents are becoming much more comfortable giving their kids freedom to play unsupervised, the way earlier generations did.

“The one thing that kids haven’t had in the last generation or two is unstructured, preferably unsupervised time,” says Lenore Skenazy, founder of the Free-Range Kids movement, which advocates for children to have more independence with limited parental supervision.

But until recently, giving this type of freedom has been much more difficult than it was a generation ago, when kids were told to go outside and come home when the street lights came on.

Before the pandemic hit, many young kids would go to camp in the summer. Any child allowed to hang around the neighbourhood likely wouldn’t have found many friends to play with. And with parents working at faraway offices, letting kids wander was a much more anxious experience.

In 1976, there were nearly 1.5 million families in Canada with a stay-at-home parent. By 2015, that number had dropped to less than half a million, according to Statistics Canada.

However, the pandemic has disrupted much of what has been stopping parents from giving their kids the sort of freedom they had growing up.

“We’re in a unique position where hopefully there’s a cataclysmic shift in the approach of parenting, of seeing the importance of getting kids outside and of outdoor play in general,” says Mariana Brussoni, an associate professor at the University of British Columbia who studies the benefits of risky play for children.

Those benefits include decreased anxiety and improved executive functioning skills, such as better planning and decision making, Prof. Brussoni says.

Yet for some parents, the risks posed by the virus outweigh the potential positives of more freedom.

“I’m not really there yet,” says Anjum Choudhry Nayyar, editor of Masalamommas.com, an online magazine for South Asian mothers, and mother of a 13-year-old daughter and 10-year-old son.

Her daughter’s friends are getting together at pools, but Ms. Nayyar, who lives in Toronto, isn’t comfortable allowing her to go.

Ms. Nayyar is instead trying to give her kids more freedom by allowing them to schedule their own days, although they cannot play with friends unattended.

It is difficult to give them that opportunity because her kids’ friends live too far away to visit by themselves, Ms. Nayyar says.

“There’s not a lot of kids on this street,” she says of where she lives.

Plenty of kids live in Andrew Norman’s neighbourhood in Toronto. They began showing up at his door in late May, asking if his nine-year-old son could come out and play.

He now sends Leo out with a phone and a bottle of hand sanitizer and instructions not to go in anyone’s house, to play with no more than five or six kids and not to cross major intersections.

“I was really motivated to get him away from screens,” says Mr. Norman, a financial planner. “I wanted to try and give him a little more space and independence so he could do that.”

Mike Armstrong has begun allowing his 10-year-old son go to the school near their home Hamilton and play baseball with friends.

“If he’s just free to not do anything he’d rather just stay in the house and play video games and talk to his friends online,” says Mr. Armstrong, who works in industrial distribution.

But some kids may not enjoy the type of summer their parents had at first.

It takes time for kids to get used to being bored and having to find activities, Prof. Brussoni says, because they’re so used to just turning to screens.

And for parents who are letting their kids outdoors to play unattended, there are still fears: the fear they may get hurt, the omnipresent fear of the virus and the fear of being judged by other parents.

“I am totally worried. And because I know how parents react I’m kind of guarded about it,” Ms. Dixon says.

But there is also the pleasure of seeing them enjoy the kind of summer we had as kids, one we have been unable to give them until now.

Opinion
This is the most important science lesson of our lives
July 26, 2020 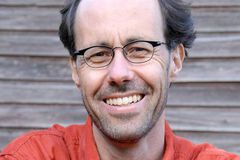