A decade after Chelsea Manning revealed U.S. state secrets about the wars in Afghanistan and Iraq, officials in Ottawa are seeking to permanently block her from entering Canada.

A tribunal hearing to determine Ms. Manning’s admissibility – meaning, her legal ability to enter Canada – is scheduled to take place on Oct. 7.

In 2013, an American judge ordered the former U.S. Army private to spend 35 years in jail after finding her guilty of providing the WikiLeaks organization with hundreds of thousands of sensitive U.S. military and diplomatic documents. That sentence was later commuted by U.S. president Barack Obama.

Now, Canada’s Immigration and Refugee Board (IRB), an administrative tribunal that makes decisions about who can enter Canada, is about to revisit the case. Federal officials are preparing to argue that Ms. Manning’s past crimes render her too dangerous to be allowed entry into the country. The government’s position is that she should be blocked on grounds of serious criminality. Thousands of people are turned away at the Canadian border for similar reasons each year.

But lawyers acting in Montreal for Ms. Manning describe her case as anything but routine. They argue in pre-hearing submissions that the government’s bid to block “one of the most well known whistleblowers in modern history” would offend Canada’s constitutional and press freedoms.

Legal questions surrounding Ms. Manning’s ability to cross the Canadian border have been unresolved since 2017. That year, Canada Border Services Agency (CBSA) guards turned her away at a crossing. The federal government later let her enter Canada for a few days in 2018, without making a formal decision about her admissibility.

Ever since, Ms. Manning’s lawyers have been fighting for an admissibility hearing, which she is entitled to have under immigration laws. After years of delays, the hearing will now happen in October.

Pre-hearing submissions filed in August to the IRB by Canadian lawyers Joshua Blum and Lex Gill plead the case for Canada to open its doors to Ms. Manning.

Their filings recall the events of 2010, when she was an Army private deployed abroad as a military analyst, with ample access to U.S. government databases. “Her work involved reviewing intelligence about on-the-ground activities in Iraq and Afghanistan,” the documents say, adding that she “gradually became incapable of ignoring the devastation that U.S. forces were inflicting on Iraqi and Afghan civilians.”

Ms. Manning’s handovers to WikiLeaks were in turn passed along to global news organizations, which used the disclosures to highlight cases of wrongful civilian casualties caused by U.S.-led military coalitions.

She also handed over hundreds of thousands of government records that remain relevant today. For example, years before the Taliban took over Afghanistan this summer, Ms. Manning disclosed U.S. reports about how the war effort against them was foundering. Some of the material highlighted how American officials feared Pakistani officials were secretly supporting the extremist insurgents.

WikiLeaks also disclosed documents that showed how Canadian Forces commanders had been struggling to get feuding Afghan and Pakistani factions to work together to tackle Taliban fighters. Canada lost 158 soldiers in the coalition effort in Afghanistan before it pulled its troops out in 2014.

Diplomatic cables disclosed by Ms. Manning revealed the political calculations surrounding Canada’s security alliances. One showed that past prime minister Paul Martin was worried that his party’s decision to stay out of the 2003 U.S.-led invasion of Iraq could cause the Americans to cut off Canada from intelligence sharing. Other documents spoke to how diplomats and detectives in the U.S. were tracking alleged Chinese and Iranian agents in Canada.

If a foreigner who comes to Canada has been convicted abroad of crimes that could have led to a Canadian jail sentence of 10 years or more, border guards can deem them inadmissible. Statistics show such considerations lead the agency to turn away as many as 4,000 people each year. Such red-flagged travellers usually return to their home countries and forgo their right to hearings.

But Ms. Manning has pressed for years for the government to send her case to the IRB. Lawyers acting for her accuse the CBSA of failing to live up to its legal obligation to refer the case to the immigration tribunal. They say in documents that this fall’s hearing is happening only after they repeatedly pressed the border agency to follow through. “Three and a half years have elapsed with the tribunal never being sent this case,” reads a copy of a letter Ms. Manning’s legal team sent to the CBSA in March.

“The CBSA is unable to speak to the specifics of this case for privacy reasons,” agency spokesperson Jacqueline Callin said in an e-mail.

Filings to the IRB on Ms. Manning’s behalf argue that the records she disclosed “were of profound historical significance and played an essential role in transforming the public’s understanding of the so-called War on Terror.”

Last year she spent several months in jail in the U.S. after refusing a summons to testify in continuing legal matters involving WikiLeaks.

WikiLeaks founder Julian Assange was arrested in Britain in 2019 and is now facing extradition to the U.S. Prosecutors allege he unlawfully solicited and published volumes of state secrets that emanated from Ms. Manning. The U.S. Department of Justice said in a 2019 statement that the disclosures from 2010 included “approximately 90,000 Afghanistan war-related significant activity reports, 400,000 Iraq war-related significant activities reports, 800 Guantanamo Bay detainee assessment briefs, and 250,000 U.S. Department of State cables.”

Chelsea Manning released after spending 62 days in prison
May 10, 2019 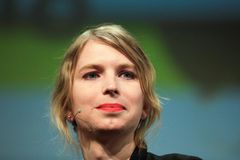 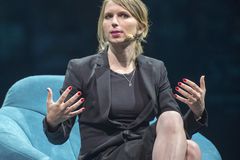 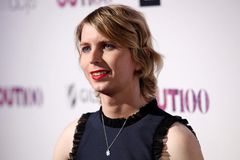