American lawyers who successfully sued the makers of the glyphosate-based weedkiller Roundup on behalf of a man dying of cancer say Canada is “dead wrong” to allow it to be widely used here.

Los Angeles-based lawyers Michael Baum and Brent Wisner were part of the team that secured a multi-million-dollar verdict against Bayer AG last year on behalf of a former groundskeeper who believes his terminal cancer is a result of years of exposure to the herbicide glyphosate in Roundup.

A court originally ordered Bayer AG to pay US$289-million, but it was later dropped to US$78-million. The order is under appeal.

There are more than 11,000 additional U.S. plaintiffs suing the German-based Bayer, which bought Monsanto in June 2018.

Baum and Wisner were in Ottawa Wednesday meeting with MPs on Parliament Hill to explain the evidence they say proves glyphosate causes cancer. Baum said he doesn’t know of any Canadians suing over Roundup, but he said there should be a lawsuit here.

“There’s going to be the same type of injuries suffered here,” he said.

Beatrice Olivastri, CEO of Friends of the Earth, said the lawyers will be in Toronto Thursday working with Canadian activists and lawyers to determine how best to proceed, including possible court action.

“We’re actively looking for ways forward in litigation,” she said.

Glyphosate has been on the market for more than four decades and is included in more than 130 products for sale in Canada.

Health Canada’s Pest Management Regulatory Agency just reapproved glyphosate for use in Canada after a regular review process, including going back over their assessment following objections filed by eight organizations. Those objections included allegations Monsanto improperly influenced the evidence the agency relied on to determine the product was safe.

Earlier this month, Connie Moase, director in the health-effects division of the agency, said agency scientists “left no stone unturned” and did not find any evidence the science was tainted.

A written statement issued Wednesday by Bayer said Canada’s review of glyphosate was thorough and proper and proved again the product is safe. It noted glyphosate is approved for use in 160 countries.

“Glyphosate-based products have been used safely and successfully for over four decades worldwide and are a valuable tool to help farmers deliver crops to markets and practice sustainable farming by reducing soil tillage, soil erosion and carbon emissions,” the statement reads.

Petitpas Taylor hasn’t agreed to do that. Her spokesman, Thierry Belair, said the health and safety of Canadians is important and while “20 of our best scientists” reviewed the evidence before approving the product, they continue to monitor for any new information that becomes available.

Wisner says independent science proves the chemical causes cancer and says governments are turning a blind eye to it much like they did for years to concerns about tobacco and asbestos.

He said government regulators are not “truly unbiased.”

“If tomorrow they decided ‘you know what it, actually does cause cancer,’ they’d have to tell the world that for 40 years they’ve been wrong, that people have been dying under their watch,” he said. “It’s a lot easier to keep the status quo.”

He said the International Agency for Research on Cancer, a specialized agency of the World Health Organization, had no such biases and its scientists were unanimous in concluding glyphosate is a human carcinogen.

Olivastri said the glyphosate decision has caused a “crisis in confidence in Canada’s pesticide police.” 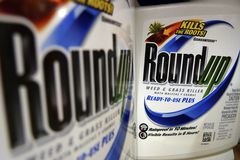 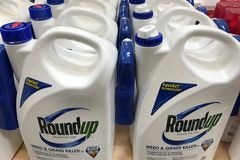