The growing number of people with obesity living in the world’s most affluent countries will shave almost three years off life expectancy by 2050.

The health effects of being overweight will also have an enormous economic impact, taking a 3.3-per-cent bite out of countries’ gross domestic product – US$5.3-trillion over three decades.

Those are just two of the sobering numbers in a new study from the Organization for Economic Co-operation and Development.

“The Heavy Burden of Obesity: The Economics of Prevention,” a 252-page report, bills itself as an “urgent economic case to scale up investments in prevention.”

The OECD argues that the “policy response has been insufficient” despite the fact that every dollar spent on obesity prevention generates a sixfold return on investment.

The new report notes that all OECD countries have a national action plan on obesity, save one – Greece. However, the OECD considers that Canada has a plan because a 2016 Senate report said we should have a plan. Clearly, we don’t have a plan.

About 34 per cent of Canadians are overweight and another 27 per cent have obesity, according to Statistics Canada. That is about average among OECD countries.

The report shows that 11 per cent of health expenditures in Canada go to the treatment of obesity-related health conditions, significantly more than the OECD average of 8.4 per cent. That we pay so much for treatment is not surprising given that we do a poor job of prevention.

There is, however, a wide disparity in obesity-related health costs ranging from 5 per cent in France to 14 per cent in the United States.

Obesity is recognized as a stand-alone health condition, which can entail some direct treatment costs such as bariatric surgery. But it squeezes health-care budgets largely because it causes or exacerbates other chronic health problems.

The new report estimates that patients who are overweight or suffer from obesity account for about 70 per cent of all treatment costs for type 2 diabetes, 23 per cent of costs of treating cardiovascular disease, and 9 per cent of cancer costs.

Many of the economic costs, however, are the result of poor health or limited mobility reducing productivity. People with obesity have higher rates of presenteeism (not fully functioning on the job), absenteeism, early retirement and premature mortality that is comparable with smokers.

Some of the most alarming data relate to children: Across the OECD, 18.7 per cent of children are overweight and another 9.9 per cent have obesity.

A report published last week by the World Obesity Federation predicted that, by 2030, there will be 250 million children worldwide living with obesity, up from 150 million currently.

The World Health Organization has set an ambitious target of no rise in childhood obesity from 2010 to 2025.

Again, Canada distinguishes itself for failure to embrace these measures.

In particular, Bill S-228, which would have restricted marketing junk food to kids, was stalled to the point of death by the Senate.

Canada has been in the process of modernizing food labelling since 2016. Menu labelling rules, for their part, vary from province to province.

The OECD report gives a lot of attention to the idea of food formulation, urging (or forcing) producers to reduce the caloric content of foods that are high in sugar, salt, saturated fat or calories.

The study estimates that a 20 per cent calorie reduction in 42 high-income countries could prevent 1.1 million cases of cardiovascular disease, and save US$13.2-billion annually.

“Food reformulations, if properly implemented, can be a win-win-win for public health, for the food industry and for consumers,” it says.

While the report notes that rates of overweight and obesity are significantly higher in groups with lower income and less education, it gives short shrift to the importance of addressing the socio-economic determinants of health.

It also glosses over the need for environmental change – making it easier for people to be active and consume healthy foods.

Clearly, more can be done and should be done to address the epidemic of overweight and obesity. Right now we are doing a far better job of collecting data than taking action and, as such, fat chance that we will make progress. 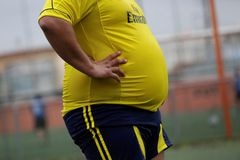 Opinion
Why bariatric surgery remains an outlier in the treatment for obesity
May 22, 2018 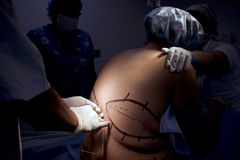 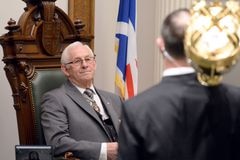