The federal government is actively considering a first-phase easing of border restrictions that would grant returning Canadians and permanent residents who are fully vaccinated a measure of relief from onerous post-travel quarantine rules, according to a senior government official.

This change, under serious consideration, would allow these travellers to isolate at home instead while awaiting the results of a COVID-19 test. Once the traveller received confirmation that their return COVID test was negative, they would no longer be under isolation restrictions.

Such a change, which could take effect early in July, would benefit Canadian snowbirds who have prolonged their stay in the U.S. because of Canada’s current quarantine rules.

What will fully vaccinated Canadians be allowed to do? Calls grow for national guidelines

The Globe and Mail is not identifying the federal official because they were not authorized to comment publicly on the matter. They said final decisions have not yet been made but that Ottawa could start releasing more details on its plans as early as this week.

At least 25 countries including France, Spain and Denmark have announced border reopening plans for vaccinated travellers from some countries. This list also includes jurisdictions in the Caribbean, such as the Bahamas or British Virgin Islands and some in Central or South America, such as Belize, Guatemala and Ecuador. In many cases, countries require a negative COVID-19 test and official proof of vaccination and some allow unvaccinated travellers provided they test negative for COVID-19.

Provinces in Canada are divided over exactly when to relax travel restrictions and the Ontario government has recently blamed Ottawa for not doing enough to stop COVID-19 cases from entering Canada via “porous borders.”

The contemplated first-phase plan adds additional detail to statements made Tuesday by Justin Trudeau. The Prime Minister told reporters that the eventual easing of health-related border restrictions will be focused on travellers who are fully vaccinated – but he declined to provide a timeline for unwinding these pandemic measures.

“The steps that will be taken to ease border measures at the right time will be science-based and will be based on the fact that when people have [received] both doses of the vaccine, they are more highly protected and less at risk of transmitting COVID-19 and finding themselves in our health care system,” he said at an Ottawa news conference.

It remains unclear how travellers entering Canada would prove that they were fully vaccinated.

Canadians or permanent residents who are non-essential travellers are currently required to quarantine for 14 days upon their return in Canada. Travellers also face several testing requirements before and after travelling, and people who arrive by air have to stay at a quarantine hotel for up to three days. People who enter Canada by land are not required to go to a government-sanctioned hotel.

In Canada, more than 62 per cent of Canadians have received their first dose of vaccine and 8 per cent have been fully vaccinated.

Mr. Trudeau was asked to comment on a statement from the mayor of Niagara Falls that he has been told by Public Safety Minister Bill Blair that the gradual reopening of the border will start June 22 for those who are fully vaccinated if vaccinations continue apace.

The Prime Minister would not say if this is the plan.

“When there are announcements to make, you can be sure we will be making them,” he said.

American political and business leaders are increasing their pressure on Canada to provide a clear plan and timeline for normalizing travel across the Canada-U.S. border.

New York Congressman Brian Higgins, who is co-chair of the Northern Border Caucus and the Canada-U.S. Interparliamentary Group, said in a statement Tuesday that “it is clearly the beginning of the end” of the border shutdown.

“In conversations with government leaders on both sides of the border, we are learning plans are moving forward to provide for expanded crossing allowances. Action is long overdue,” he said in a statement.

A federally appointed panel recommended in a report, released on May 27, that Ottawa phase out quarantine hotels, end the quarantine requirement for fully vaccinated travellers and significantly shorten it for those who are partly vaccinated. The panel still recommended testing for all travellers, no matter their vaccination status.

Ottawa at the time said it would review the recommendations and consult with provinces and territories but it gave no timeline for a change in policies and did not commit to enacting the expert advice.

Recent polling suggests many Canadians are still hesitant about opening the Canada-U.S. border. A survey by Leger and the Association for Canadian Studies in early June found that 64 per cent of Canadian respondents oppose reopening the Canada-U.S. border this summer to allow American tourists into this country. Thirty-six per cent of those polled supported the idea. The study was conducted June 4 to June 6 and surveyed more than 1,500 adults in Canada.

On Tuesday, the U.S. Chamber of Commerce and Canada’s most prominent business groups issued a joint statement calling on the country and the United States to ease travel restrictions to and from the United States starting June 22. They say vaccination campaigns have progressed to the point where measures should be relaxed.

The Canadian Chamber of Commerce, the Retail Council of Canada, the Business Council of Canada and Canadian Manufacturers & Exporters, among others, urged Ottawa to allow fully vaccinated travellers to cross the shared border without the need to quarantine after arrival or present a negative COVID-19 test.

“Treating somebody who’s been fully vaccinated the same way as somebody coming from a COVID hot spot who’s not had a vaccination is simply unsustainable,” Canadian Chamber of Commerce president Perrin Beatty said.

The groups also urged Ottawa and Washington to agree on mutually recognized credentials that travellers can present to demonstrate they are fully vaccinated – commonly referred to as a vaccine passport or digital vaccine certificate – and hammer out a plan to lay out clear guidelines for all forms of transport.

Mr. Beatty predicts vaccination credentials will be a permanent feature of international travel and said Ottawa needs to put together national standards for generating and updating this certificate.

Mayors of U.S. border towns have been particularly vocal in urging for a return to normal.

Christopher Rosenquest, the mayor of Plattsburgh, N.Y., about 100 kilometres south of Montreal, said he can understand why Canadians may be apprehensive about opening the border. But his response to that concern is U.S. data showing low COVID-19 case rates.

“We do have a strong vaccination record here,” he said, adding that the U.S. should be sharing doses with Canadians. “Our tourism relies heavily on the Canadian dollar,” he said.

A June 3 letter sent to Mr. Blair and Health Minister Patty Hajdu from their counterparts in Ontario called on Ottawa to implement the expert panel’s advice on travel rules for fully vaccinated individuals.

With reports from Marieke Walsh in Ottawa and The Canadian Press

Unlike NHLers, other athletes not getting border exemption from Canadian government
June 7, 2021 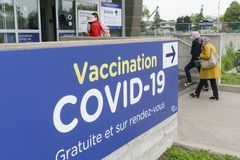 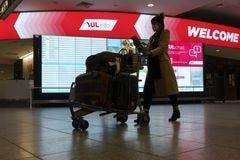