Canada should replace its patchwork of private and public drug plans with a national single-payer pharmacare system, according to a parliamentary committee that spent two years studying an issue that could be pivotal in the next federal election.

In a report released Wednesday, the all-party committee on health made 18 recommendations, including expanding the Canada Health Act to cover prescription drugs dispensed outside of hospitals; creating a unified list of drugs that would qualify for public coverage; and asking the provinces, territories and the federal government to share the cost of a national pharmacare program.

The goal, the committee said, would be to ensure all Canadians get the medications they need, while also reining in the country’s per-capita drug spending and drug prices, both of which are among the highest in the world.

“This is step one,” said Bill Casey, the Liberal MP who chairs the committee. “This [report] answers the question – and I believe the testimony was very convincing – that a national pharmacare program will give us better health care at a lower cost.”

Pharmacare is expected to loom large in the 2019 election.

Dr. Hoskins’s final report is due next spring, setting the Liberals up to make his recommendations a key plank in their re-election platform.

The NDP, which has long advocated for national pharmacare, is expected to campaign on the issue, too.

The challenge for Dr. Hoskins will be figuring out how to turn Canada’s hodgepodge of provincial public drug plans and private-insurance plans into a coherent national system that covers everyone, saves money and garners the backing of a dizzying array of competing interests.

Dr. Hoskins said Wednesday that the committee’s report – which is the latest in a long line of pharmacare studies – gives him a solid start for his work.

“The members of the committee all agreed that the current approach to provide for accessibility and affordability of prescribed medicines is not adequate,” Dr. Hoskins told The Globe and Mail in an interview. “It’s certainly a significant contribution toward realizing the goal or the vision of national pharmacare.”

The Conservative members filed a dissenting report that raised questions about pharmacare’s estimated costs and savings, and about whether Ottawa and the provinces would be able to agree on funding.

“Canadian polls show that although people want this service, they’re unwilling to have their taxes increased in order to pay for it,” said Marilyn Gladu, the Conservative health critic and a member of the committee. “Figuring out how to pay for the program will be important.”

In a 2017 report produced at the committee’s request, the Parliamentary Budget Officer estimated that a national pharmacare program could save roughly $4.2-billion per year, overall.

But those savings rest on some important assumptions: The federal government would have to extract a 25-per-cent price discount from drug makers; enforce wider use of cheaper generic medications; and limit the number of different drugs covered.

Making matters more complicated, the $4.2-billion estimate is a savings to all types of payers, including public drug plans, private insurers and Canadians who pay out of pocket for their prescriptions.

If the entire tab for drug coverage is shifted on to the public purse, the federal, provincial and territorial governments could expect to together pay about $7.3-billion more per year than they do now, the Parliamentary Budget Officer report said.

Stephen Frank, the president of the Canadian Life and Health Insurance Association, predicted a national pharmacare care plan would deeply wound the country’s private insurers, who could stand to collectively lose about $11-billion in premiums.

The industry’s own polling suggests that about a quarter of small and medium employers would consider dropping their benefits packages entirely if they no longer needed to help workers pay for prescription drugs, Mr. Frank added.

“There are a lot of knock-on implications that the House of Commons report just didn’t delve into adequately,” he said.

Steve Morgan, a professor in the school of population and public health at the University of British Columbia, said the report should bring the country closer to achieving pharmacare, even though so many of the reports that preceded it are gathering dust.

“This is a report that, in principle, is consistent with the recommendations of national commissions dating all the way back to the 1940s, for good reason,” he said. “On ethical, economic and clinical grounds, what they’re saying makes sense.” 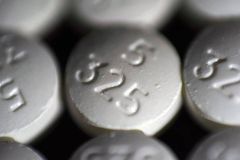 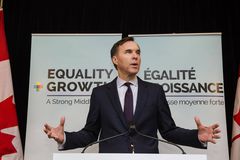