Canada risks its competitiveness if it fails to invest in the learning and development of the country’s youngest children, according to a new report that is calling on the federal government to spend more on universal early childhood education.

The report, being released on Thursday by the Margaret and Wallace McCain Family Foundation, found that Canada ranks almost at the bottom of Organization for Economic Co-operation and Development (OECD) countries – 33rd out of 35 – for the number of children aged 5 and younger who regularly attend an early childhood education program. That means only one in two children attend a program.

The report – The Early Years Study 4: Thriving Kids, Thriving Society – says that Canada would need to increase its spending from the current $12.1-billion to $20-billion annually to reach the average OECD enrolment level of 70 per cent. It calls on the federal government to spend an additional $1-billion a year until the shortfall is covered, because it said that, up until now, the provinces and territories have been carrying the bulk of the costs.

“Canada can’t compete economically unless we do something to better educate and prepare our children to function in the world,” Margaret McCain, a former New Brunswick lieutenant-governor, said in an interview.

Currently, there is a patchwork system of child care across the country, from home daycares to centres, with parents paying thousands of dollars. In Ontario, a growing shortage of spaces has left many parents placing their names on waiting lists before their babies are even born.

The new report cited one 2017 study that found that every $1 spent on expanding enrolment in early childhood education led to a $6 return in long-term economic benefits. Ms. McCain said there are also social benefits, which include reducing poverty and keeping people away from the criminal justice system.

She envisions a publicly funded, publicly managed system of early childhood education centres for children starting at the age of 2, which would act as an extension of the public education system.

“The best way to deliver what children need in this very critical period of their development is through the public system and equalizing opportunities for all children, and I emphasize all,” she said.

She added: “We have talked with governments from all parties. … Political stripes never come into it because it boils down to this is something that we need to do for our people. There is great interest. It is a matter of finding the money, finding the support.”

Charles Pascal, the architect of the Ontario’s early learning plan and a professor at the Ontario Institute for Studies in Education at the University of Toronto, said child care should be part of the public education system.

He said that provinces have variations on early childhood education programs, but it is time the federal government step forward to provide the necessary funding so more Canadians can have access to quality universal early learning.

“Given that Ontario, for example, already has world-class universal early learning preschool in the form of full-day kindergarten for four- and five-year-olds, an extension of play-based high quality child care starting with two-year-olds would put us out front in the world,” Prof. Pascal said.

“The social and economic return on this preschool educational platform would more than pay for this kind of investment.” 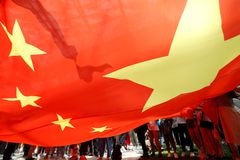 In Cape Breton, a dramatic rise in international students has transformed a school and a community
October 9, 2019 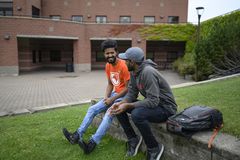 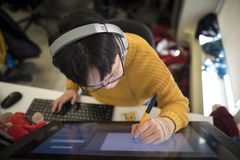