Hundreds of volunteer humanitarian workers known as the “White Helmets” and their families were whisked to safety from southwest Syria this weekend in a daring overnight rescue operation, an effort sparked earlier this month by Foreign Affairs Minister Chrystia Freeland.

The rescue played out late Saturday and early Sunday as at least 400 people were evacuated from southwestern Syria and spirited into the Israeli-controlled Golan Heights, before being moved to a camp in neighbouring Jordan. The Israel Defence Forces (IDF) led the rescue effort, which was done at the request of Canada, Britain and Germany, who all committed to resettling evacuees. The operation was also supported by the United States.

This extraordinary mission came together to save the White Helmets and their families, years after these medical teams first started working to save civilian lives in rebel-held areas amid the Syrian civil war. During this work, members of the group frequently alleged that they had witnessed war crimes being committed by the forces of President Bashar al-Assad or by his Russian backers. They were feared to be increasingly in peril this summer, encircled as the Syrian government rapidly reclaimed territory.

Now, several hundred rescuers and their families are in a secured United Nations refugee camp in Jordan, with many of the evacuees to be resettled in Canada, which has committed to take up to 250 people. The final number will depend on how many are accepted by other countries, according to a senior Canadian government source.

Some reports suggested 800 people were anticipated to cross into Jordan this weekend. It is not clear why fewer may have gotten through.

Senior sources also said Ms. Freeland became increasingly alarmed about the fate of the White Helmets as Syrian government forces, backed by Russian bombers, rapidly retook the country’s southwest region. She decided to push the matter as an “unscripted” addition to the North Atlantic Treaty Organization agenda, when she met with fellow foreign ministers at a dinner that was held on July 11 at Brussels’s Art and History Museum, one source familiar with the matter said.

“I called for global leadership to support and help these heroes,” Ms. Freeland said in a statement released on the weekend. “We feel a deep moral responsibility towards these brave and selfless people.”

Her call to action was quickly embraced by other countries. “Canada played a leadership role in what is a very humanitarian action and Germany is very supportive,” that country’s ambassador to Canada, Sabine Sparwasser, told The Globe and Mail on Sunday. “The White Helmets are under threat from Assad and this is a very moral and decent thing to do to get them out.”

The staging ground for the operation was the Golan Heights, a tense and disputed patch of land taken from Syria by Israel a half century ago. Footage of the rescue released by the Israeli forces showed buses going back and forth across border areas. Soldiers gave water to evacuees, and children were shown crossing fortified checkpoints normally closed to refugees, save for highly exceptional circumstances.

“Drones were flying. It was a spooky operation out there,” Paul Ronzheimer, a correspondent for Germany’s Bild told CTV News. An eyewitness to the events, he said “it was a historic night for many reasons.”

Mr. Netanyahu released a statement on Twitter on Sunday saying that he approved the evacuation “as an important humanitarian effort” after being contacted by Mr. Trudeau, U.S. President Donald Trump and others.

On Sunday, the IDF posted a statement saying it intervened because the White Helmets − also known as Syria Civil Defence − “faced an immediate threat to their lives.”

“They passed through Israel and are now out of harm’s way,” the statement said. “We conducted this life-saving mission at the request of the U.S., Canada and EU countries.”

The Israeli military said it “continues to maintain a non-intervention policy regarding the Syrian conflict.”

The White Helmets are expected to release a statement on Monday. Over the years, they have received millions of dollars in funding from the West, including from the Canadian government. Much money has moved through the Netherlands-registered Mayday Rescue Fund, a non-profit foundation established by an ex-British Army officer and UN staffer who helped train civilians as first responders in opposition-held Syrian territory.

Germany’s Foreign Minister Heiko Maas said on Sunday that the White Helmets have rescued more than 100,000 people during the civil war, adding that “their engagement deserved admiration and respect” with sanctuary in the West.

The Guardian and other media have lately reported that the White Helmets are actively being targeted in a Russian disinformation campaign, which disparages them as belligerents, terrorist sympathizers or as a group out to make provocative and inflated claims about war crimes.

In 2017, a movie about the White Helmets won the Academy Award for the Best Short Documentary. But the Russian Embassy in Britain replied to that by tweeting that “they are actors serving an agenda, not rescuers."

Immigration experts anticipate that the federal authorities in Canada will debunk these claims as the White Helmets and their families are resettled as legitimate refugees in Canada. “They will be subject to security checks but I would not expect that [border guards], or any credible investigation of it, would take what the Syrian or Russian government says at face value,” said Audrey Macklin, an immigration-law professor at the University of Toronto. 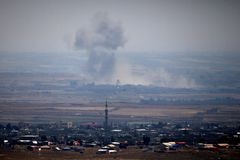 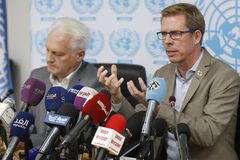 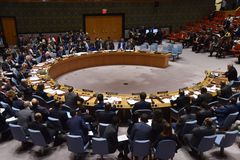 Follow Sean Silcoff, Colin Freeze and Robert Fife on Twitter @SeanSilcoff @colinfreeze @RobertFife
Report an error Editorial code of conduct
Due to technical reasons, we have temporarily removed commenting from our articles. We hope to have this fixed soon. Thank you for your patience. If you are looking to give feedback on our new site, please send it along to feedback@globeandmail.com. If you want to write a letter to the editor, please forward to letters@globeandmail.com.
Comments