Canada is stepping up efforts to catch coronavirus cases from places other than China as fast-moving outbreaks in Italy, South Korea and the Middle East heighten fears the new virus is already past the point of being contained.

Theresa Tam, Canada’s Chief Public Health Officer, said on Monday that officials were girding for a possible pandemic, but still hoped to prevent the virus from gaining a stronger foothold in Canada.

Dr. Tam said doctors should be prepared to test returning travellers from any “affected” country, not just China, if they develop the respiratory symptoms of COVID-19, the disease caused by the virus.

Message screens at airports are being changed to warn passengers to monitor themselves for symptoms after returning from any affected country, she added.

British Columbia, which confirmed its seventh case of COVID-19 on Monday, advised all returning travellers to watch for symptoms of the new illness, “no matter where they were in the world.”

“The window of opportunity for containment – for stopping the global spread of the virus – is closing," Dr. Tam warned. “It also tells countries like Canada, who have been able to detect and manage imported cases thus far, that we have to prepare across governments, across communities and as families and individuals, in the event of more widespread transmission in our community.”

Canada’s shift in emphasis from testing and screening travellers returning from China – where the outbreak was first detected less than two months ago – to watching for all those who fall ill after travelling abroad reflects a growing realization that the new virus has likely spread much more widely than official figures show, especially in poor countries.

Kuwait, Bahrain, Afghanistan, Iraq and Oman all reported their first confirmed cases over the past two days, while outbreaks in Italy and South Korea mushroomed over the weekend.

The virus has spread to at least 33 countries, causing more than 79,000 confirmed cases of COVID-19 and killing more than 2,600 people, most in China.

Canada has 11 reported cases of COVID-19, seven in B.C. and four in Ontario.

Still, many places with weak health-care systems and travel ties to China, including countries in Africa, have yet to report a single case.

“I don’t think travel history necessarily even means anything any more," said David Fisman, a professor of epidemiology at the Dalla Lana School of Public Health at the University of Toronto.

Dr. Fisman pointed to a case of COVID-19 that B.C. reported last week in a woman in her 30s who had recently returned from Iran.

B.C. officials announced the case on Thursday, one day after Iran publicly confirmed its first cases of the disease – meaning the B.C. doctor who asked for the woman to be tested may have done so when Iran was apparently free of the coronavirus.

“I think it’s highly unlikely that that’s the only individual from a country without [declared] coronavirus disease who has come into Canada,” Dr. Fisman added.

The most recent case in B.C., announced on Monday, involved a man in his 40s who was a close contact of the woman who returned from Iran.

“He had onset of symptoms prior to case six’s diagnosis, so we have been working very diligently over the weekend with Fraser Health to identify anybody that he came in contact with prior to going into isolation last week,” Provincial Health Officer Bonnie Henry said on Monday.

Aside from the two B.C. patients with connections to Iran, the rest had recently travelled to China or acquired the virus from Chinese travellers.

Susy Hota, medical director of infection prevention and control at Toronto’s University Health Network (UHN), said hospitals were in an “awkward phase,” as they transitioned from screening sick patients for a travel history to China to keeping an eye out for virtually everyone with symptoms who recently travelled abroad.

“I do think we need to expand the way that we’re looking for this,” Dr. Hota said.

Meanwhile, as many as 186 people are expected to be released on Tuesday from quarantine at a military base in Trenton, Ont. They arrived in Canada on Feb. 11 after being airlifted out of Wuhan, the epicentre of the outbreak. 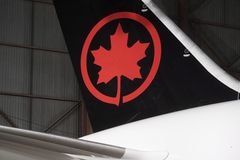 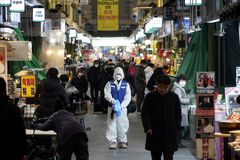 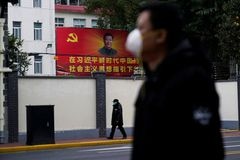 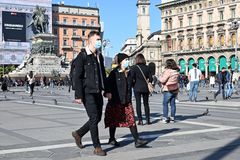