Canada will soon require many travellers on domestic planes, trains and cruise ships to be fully vaccinated against COVID-19, the federal government announced on Friday. Ottawa will also make vaccination mandatory for federal public servants, and said it expects employers in federally regulated industries and Crown corporations to do the same.

The announcement, made just two days before an expected federal election call on Sunday, is a departure from the previous Liberal government position, and puts pressure on Prime Minister Justin Trudeau’s political opponents to respond as Canada enters its fourth wave of COVID-19.

“We have seen how devastating COVID-19 has been to our transportation and tourism sectors. We must protect the hard-won gains,” said Transport Minister Omar Alghabra, who made the announcement on Friday. “Canadians deserve to feel confident when travelling that the environment around them is safe.”

Nearly 82 per cent of eligible Canadians 12 and older had at least one dose of vaccine as of Aug. 7, while 70 per cent were fully vaccinated.

Mr. Alghabra did not say what form the proof of vaccination will take, but the government has previously said it will develop a vaccination passport.

The government said it will require vaccination as early as the end of September across the federal public service. Mr. Alghabra said workers in federally regulated air, rail and marine transportation will have to be vaccinated no later than the end of October. Proof of vaccination will also be required for travellers on commercial airlines, interprovincial trains and cruise ships.

Those who cannot be vaccinated for medical reasons or because they are under 12 will be exempt.

Close to half a million people work directly for the federal government, a Crown corporation, the military or the RCMP. Nearly a million more work in federally regulated industries, which includes banks and airlines.

Mr. Trudeau months ago rejected the idea of vaccine mandates, but last week said he would ask the Clerk of the Privy Council to look into the possibility for federal employees. Dominic LeBlanc, head of the Privy Council, said on Friday the new, more transmissible Delta variant of the coronavirus has changed things.

“This is an evolution of the government’s posture in protecting the health and safety of Canadians since the beginning of the pandemic,” Mr LeBlanc said. “We have scientific data but also real-world evidence on how remarkably effective are the vaccines that have been approved for use by Health Canada.”

Mathew Clancy, a spokesperson for Conservative Leader Erin O’Toole, said vaccines are the most important tool in the fight against COVID-19, and the party encourages everybody to get one. But he added, “Conservatives support Canadians’ right to determine their own health choices,” and said people expect reasonable measures such as rapid testing for those who are not vaccinated.

NDP leader Jagmeet Singh said his party maintained from the beginning that mandatory vaccinations might be required and that workers and unions need to be involved in the plans. “Instead of calling an election in the middle of a pandemic, Justin Trudeau should focus on working with provinces to help everyone get a vaccine,” he said.

In a statement, Air Canada called the announcement a welcome step, and said it has advocated for science-based measures to keep travellers and employees safe. It said the government’s COVID-19 Testing and Screening Expert Advisory Panel in May recommended against predeparture testing for fully vaccinated travellers, as testing at departure and arrival was excessive for these passengers. Air Canada has 22,700 active employees.

WestJet Group executive vice-president Mark Porter said the company welcomes mandatory vaccinations for airline employees and is seeking details from the federal government. WestJet has about 6,000 active employees and 4,000 who are inactive or furloughed.

In an e-mail, Via Rail Canada Inc. said it would provide more information about its plan as soon as possible. Via Rail employs about 3,200 workers. It said it has highly recommended its employees get vaccinated.

Canada’s large banks have encouraged employees to be vaccinated – some helping host clinics – but have not made it a requirement.

“We are reviewing today’s announcement and look forward to working with the government of Canada regarding the expectation they have set for federally regulated institutions,” Bank of Montreal spokesperson Paul Gammal said in an e-mail.

Stéphane Aubry, national vice-president of the Professional Institute of the Public Service of Canada (PIPSC), said his union anticipated a vaccine mandate, but was surprised by how quickly the government moved to introduce it. PIPSC represents about 67,000 public servants, mostly professionals such as engineers and doctors.

Mr. Aubry said some members are in regions where COVID-19 vaccines are less accessible, and some, such as computer specialists and auditors, do not need to physically interact with others, he said.

“We don’t see a need for [the latter] to have a mandatory vaccine as they may be in a tele-working situation and have not gone to the office for the last year and a half,” he said.

With reports from James Bradshaw in Toronto and The Canadian Press 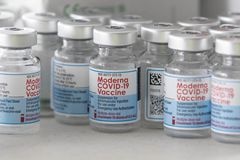 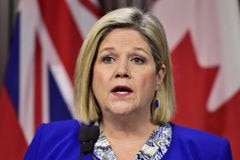 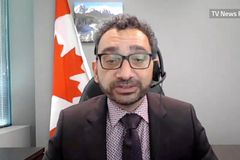 Follow Laura Stone and Wency Leung on Twitter @l_stone @wencyleung
Report an error Editorial code of conduct
Due to technical reasons, we have temporarily removed commenting from our articles. We hope to have this fixed soon. Thank you for your patience. If you are looking to give feedback on our new site, please send it along to feedback@globeandmail.com. If you want to write a letter to the editor, please forward to letters@globeandmail.com.
Comments