Canadian bats are unlikely to be the source of virus strains that can infect humans such as the one currently raising global alarms, a bat expert says.

“We’ve lived with our bats for a long time and it’s never happened,” said virologist Vikram Misra of the University of Saskatchewan.

“I really think it’s not an issue.”

Researchers are closing in on bats as the origin of the new coronavirus scare that has quarantined a Chinese city of 11 million people and infected humans in at least 18 countries.

More than 7,700 people in China have been diagnosed with the new virus and 170 of them have died. The World Health Organization on Thursday declared the outbreak a “public health emergency of international concern.”

In research released Thursday, scientists said the new virus is closely related to three coronaviruses found in bats. A separate report published in the medical journal The Lancet said data collected so far is consistent with the virus having initially been hosted by bats.

Misra, who has published a series of papers on bat viruses, said even healthy bats are normally full of them, but they are kept in check by the animal’s unique immune system.

“There are very, very few viruses that make bats sick.”

But if a healthy bat is put under stress, its immune system is thrown off balance, Misra said. Viruses multiply and the bat starts to release them in bodily fluids such as saliva, urine and feces.

The specific kind of stress it takes is still unknown. Misra said he believes caging a bat near other animals it wouldn’t normally be around, as happens in live-animal markets, could do the trick.

“We think a whole bunch of different kinds of things that make the animal unhappy work in much the same way to suppress antiviral responses.”

It’s likely to have happened before.

The deadly SARS and MERS viruses are thought to have begun in bats. A bat virus killed millions of pigs in the United States in 2014 and more recently in China. The Marburg, Nipah and Hendra viruses – all potentially fatal – are thought to have originated in bats.

North America has large bat populations, which are under stress from loss of habitat, climate change and the spread of disease such as white-nose syndrome. As humans move into previously natural areas, they are increasingly in contact with them.

Could it happen here?

Our bats do carry coronaviruses, but a different kind.

“As far as we know, that virus is quite different. It’s a different subfamily of coronaviruses than the coronavirus that makes up SARS and MERS and the new virus.”

Nor is it likely the local coronavirus could mutate into something dangerous.

“You’d have to have a lot of changes happening to these viruses to get them to make that jump.”

Misra played down the threat posed by the new coronavirus.

“We’re panicking too soon and for insufficient reasons. More harm will be done by panicking than the virus itself.” 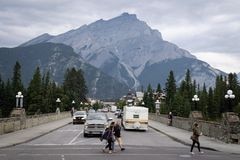 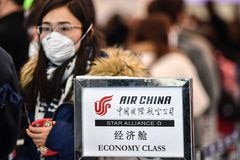 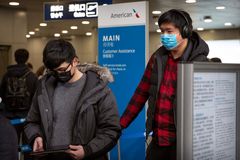