A move to Canada by Prince Harry and his wife Meghan, Duchess of Sussex, could boost the country’s $30.6-billion fashion industry, experts say, by putting the spotlight on local brands.

Harry, 35, and Meghan, 38, announced this month they were stepping down from their royal roles to protect their privacy and gain financial independence from the monarchy.

Canadian fashion commentators say they expect the “Meghan Effect” – where a brand sees a jump in sales after the Duchess sports one of their products – to continue regardless of the couple’s future public roles.

“People just absolutely lap up whatever [Meghan] wears,” said Jeanne Beker, a long-time fashion columnist based in Toronto. “Designers from all over the globe have been clamoring to get their clothes on her body.”

Canada’s fashion industry has slowed recently. Retail sales of clothing and accessories fell 2.1 per cent in 2017, to $30.6-billion, compared with an increase of 6.7 per cent in the retail sector as a whole, industry data showed.

Canadian designers are no strangers to the effect the Duchess can have on a brand’s success.

In 2017, Meghan wore a white wrap coat from Line the Label, a Toronto-based designer, in her first public appearance after her engagement to Harry. It quickly sold out – and the surge in interest crashed the label’s website in some parts of the world.

Toronto-based Sentaler, whose beige alpaca wool coat was worn by Meghan during her first Christmas with the Royal Family in 2017, has also experienced the “Meghan Effect.”

“Each time Meghan appears in Sentaler, the result is tremendous,” founder Bojana Sentaler said in an e-mail. “We see increased traffic across all of our channels … and the style she wears as well as other similar styles sell out.”

This preference may favour Canada’s fashion industry, which tends to use small production teams made up of locally hired staff.

“It’s almost like [being] an unofficial Canadian fashion spokesperson,” Ms. McInnes said. “She’s going to impact the lives of so many people by simply wearing a dress.”

With many Canadian designers being forced to move to the United States in order to survive, “it’s unquestionable that if [Meghan] is out there waving the flag a little bit more for our local fashion industry, that she’ll bringing more attention to it,” Ms. Beker said.

Harry, too, has his own distinct influence.

“He’s definitely going to be an inspiration for a global style for menswear as well,” said Roger Gingerich, a fashion broker who has spent nearly four decades in Canada’s industry.

The country’s diverse climate and frigid winters have helped make Canada a global leader in outerwear, and will broaden Harry and Meghan’s fashion options.

“You cannot find a more perfect country than Canada, where we have truly four full seasons,” Mr. Gingerich said.

Fashion experts remain hopeful public fascination with Meghan and Harry will shine a brighter light on homegrown brands, even though the couple’s move to Canada is driven by a desire to step out of the spotlight.

“She’s the most famous woman in the world,” Ms. McInnes said of the Duchess. “All eyes are on her.” 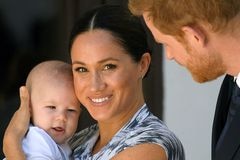 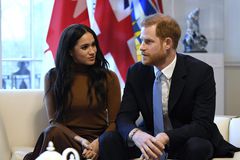 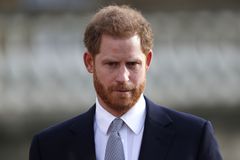