Military police are investigating reports of a service member spreading racist pictures even as top defence officials apologize for their slow response to questions about systemic racism in the Department of National Defence and Canadian Armed Forces.

Canada’s top military and civilian defence leaders revealed the investigation in a letter to the troops Friday that promised to root out all racism while acknowledging “the social structures that formed our nation disproportionately privileged white people.”

“We must continue to work together to ensure that our defence team is a place where all are welcome, safe and treated with the same human dignity and respect that we defend and protect each and every day in our service to Canada.”

Ms. Thomas and Gen. Vance did not provide specifics about the allegation that a member of the Armed Forces had distributed racist pictures except to say that it was reported to have occurred in Quebec and specifically targeted Black people.

“We understand that the meme is additionally harmful as it discounts and dismisses the outrage felt by many Black members in our military family who have witnessed the events unfolding in the United States and Canada,” the letter read.

“This alleged incident is being investigated by the military police and this matter will be addressed by the independent actors in the military or civilian justice system.”

The meme was raised during a roundtable Thursday between Ms. Thomas, Gen. Vance and representatives from several advisory groups set up by the Defence Department to look at the role of women, visible minorities, Indigenous peoples and others in the military.

Richard Sharpe, a long-time public servant and co-founder of the Federal Black Employees’ Caucus, which advocates on behalf of Black civil servants, who attended the roundtable said he raised it as a matter of accountability for the military.

“I found that out through the community,” Mr. Sharpe said of the meme, a copy of which he provided to The Canadian Press on Sunday.

“That is a tip of the iceberg in terms of some of the racist and white supremacist elements that exist in the military that they need to get a handle on and root out if they want the military to be a viable in an increasingly more diverse Canada.”

The meme was only one topic of discussion during the roundtable, which coincided with a wave of demonstrations in the U.S. and Canada following the killing of an unarmed Black man, George Floyd, in the U.S. by white police officers last month.

The main purpose was to discuss the problem of systemic racism within the Defence Department and military, with the latter even now working to increase the number of racialized people in uniform to better reflect Canada and improve its missions overseas.

About 9.2 per cent of service members were visible minorities in January, an increase of almost two per cent from three years earlier. The Forces’ target is 11.8 per cent of those in uniform. It also has targets for female and Indigenous representation.

In their letter to the troops, Ms. Thomas and Gen. Vance acknowledged the “deep hurt, frustration and distress” many Black and Indigenous members of Defence Department and military have felt in recent weeks – and apologized for not saying so sooner.

“We would like to apologize that you have had to wait to hear formally and directly from us on the global response to the killing of George Floyd on May 25 and the matter of systemic racism within the defence team,” they wrote.

“Our public statements on Twitter are not a substitute for direct internal communications with our own people. We acknowledge that many of you have been hurt and disillusioned by this delay and we commit to doing better in the future.”

Ms. Thomas and Gen. Vance went on to say that they heard firsthand during the roundtable that anti-Black and anti-Indigenous racism in the Defence Department and military occurs on a daily basis – and that previous efforts to stop it have been ineffective.

To that end, they announced a series of short-term measures – including better reporting mechanisms, better communication, the creation of safe spaces for Black employees and military personnel and more roundtables – while looking at longer-term solutions.

Mr. Sharpe said he was impressed by the leadership being shown by the Defence Department and military’s top officials, which he contrasted with the RCMP’s response to allegations of systemic racism within its ranks.

“They called me in to have this conversation partly because they wanted to do it right,” Mr. Sharpe said of attending the roundtable, adding that the military is the largest employer of Black Canadians in the federal government.

“Suffice it to say there’s an owning up and there’s a desire on the part of the leadership from the chief of defence staff – who we’ve met with and had these difficult conversations with – and the deputy minister.”

The Armed Forces has been stung by reports and revelations over the past couple of years of links between some personnel and white supremacists and neo-Nazis, raising questions – and criticism – about its handling of such members.

Mr. Sharpe was more conciliatory as he took stock of what he hopes is a historic moment for not only the Defence Department and military, but all of Canadian society.

“Across the board, one would hope these institutions did a better job much earlier in recognizing and believing the voices of Black and racialized people when they are raising these concerns,” he said.

“But this is brand new territory for them. They are – for want of a better word – allowing themselves to be vulnerable to this kind of space.” 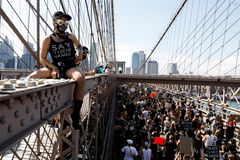 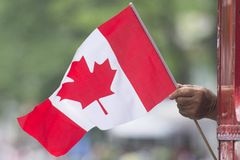