Two of Canada’s pioneers in artificial intelligence have claimed the world’s top prize in computer science.

Geoffrey Hinton of the University of Toronto and Yoshua Bengio of the University of Montreal, whose decades of work developing the principles of machine learning have fuelled a global AI boom, were named co-winners of the prestigious Turing Award on Wednesday. They will share the US$1-million prize with, Yann LeCun, a professor at New York University who worked with Dr. Hinton in Toronto in the late 1980s.

The British-born Dr. Hinton is best known for his work with neural networks, computer programs that can optimize their ability to solve problems, through a mathematical form of trial and error. Dr. LeCun moved from Toronto to Bell Labs in New Jersey, where he was able to apply the approach to training computer systems to correctly read handwritten digits. Dr. Bengio added significantly to the field in the 1990s, developing algorithms and approaches that proved especially adept at language translation. Both Dr. LeCun and Dr. Bengio were born in France.

The Turing Award is bestowed annually by the New York-based Association for Computing Machinery. First awarded in 1966, the prize is named after the British mathematician and Second World War code-breaker Alan Turing, who helped lay the foundations for computer science.

Mr. Turing is also known for proposing the Turing test as a way to evaluate whether an artificially intelligent system is doing something that is genuinely indistinguishable from human thought. Most experts say that such a system remains a long way off, but learning algorithms based on the work of this year’s prize winners have proved remarkably effective at mastering complex tasks without thinking.

Dr. Hinton and Dr. Bengio are the first Canadian-based researchers to take the prize in 30 years.

The list of previous winners reads like a who’s who of the digital age, including many of the architects of today’s computer systems, the internet and the World Wide Web. But it was not clear until recently that this year’s winners’ groundbreaking ideas about machine learning would change the world.

“We all believed that, at a big scale, it would win,” Dr. Hinton said, “But no one had a sense of what that scale was.”

In the end, it would take computers that could calculate millions of times faster than those that Dr. Hinton was working with in the 1980s, training on datasets thousands of times larger, before neural networks began to show their edge over conventionally programmed systems.

A series of turning points came between 2009 and 2012 when artificial intelligence began to achieve results in computer vision and natural-language processing that many had thought were still years away.

“I don’t think that we could have guessed 10 years ago that we would be where we are now,” Dr. Bengio said.

At that point, industry got involved, with big tech companies looking to leverage the growing reams of data at their disposal to improve search algorithms, voice recognition, translation and other tasks. Soon, a global race was under way to establish relationships with scientists and buy up small companies with expertise in AI. Dr. Hinton currently has an association with Google, while Dr. LeCun is the chief AI scientist at Facebook. Dr. Bengio, who is scientific director of Montreal’s artificial-intelligence research institute, Mila, has worked with industry but, unlike many colleagues, he has resisted entering into an exclusive relationship with a big tech company.

Opinion: For AI to become the great equalizer, we must address the inequality gap

Today, academic programs in AI typically attract top-level students, who are drawn by the excitement and jobs in a rapidly growing field, a far cry from the field’s high-risk beginnings.

“Many are straight-A students, good at everything,” Dr. Hinton said, “But now there are fewer mavericks.”

While all three winners said that computer systems powered by artificial intelligence offer many advantages, they also expressed their concerns about the potential misuse of the technology, from the development of artificially intelligent weapons systems to the perpetuation of social inequities through systems that have built in biases because of how they are trained.

As with any new technology, “mistakes will be made,” Dr. LeCun said. The key to protecting people from the abuse of artificial intelligence lies with strong democratic institutions to ensure that mistakes and malevolent uses are corrected when they become known. 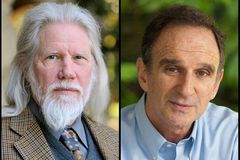 First woman honored with Turing Award
February 21, 2007
Follow Ivan Semeniuk on Twitter @ivansemeniuk
Report an error Editorial code of conduct
Due to technical reasons, we have temporarily removed commenting from our articles. We hope to have this fixed soon. Thank you for your patience. If you are looking to give feedback on our new site, please send it along to feedback@globeandmail.com. If you want to write a letter to the editor, please forward to letters@globeandmail.com.
Comments