Canadian Blood Services is warning of an imminent shortage of the take-home version of immune globulin (IG), one of the most widely used medications made from human plasma.

IG helps to strengthen the immune systems of patients with a variety of genetic conditions that weaken the body’s natural defences against viruses and bacteria.

CBS, the national blood authority which is responsible for buying and distributing plasma-derived drugs outside Quebec, issued its first “amber phase advisory” for immune globulin to hospitals across the country last week, prompting a working group of immunologists, neurologists and patient advocates to recommend that, for now, no new patients be started on the self-administered form of the drug.

“This is rare,” Harold Kim, chief of the Division of Clinical Immunology and Allergy at Western University in London, Ont., said of the potential shortage. “I can’t even remember the last time it happened.”

Shortages of conventional drugs are a persistent problem in Canada – a federal website currently lists nearly 1,800 such shortages – but a shortfall of immune globulin would be different because its producers rely on human donors.

Concerns about the global supply of IG have fuelled a national debate about the appropriateness of paying donors for their plasma. Four provinces have banned the practice, while two – New Brunswick and Saskatchewan – have in the last few years welcomed private clinics that compensate donors for the straw-coloured liquid in blood.

In the meantime, Canadian Blood Services (CBS), which opposes compensating Canadian donors, is looking at collecting more plasma from unpaid volunteers in hopes of reducing the country’s reliance on paid Americans to meet its demand for IG.

A federal expert panel last year concluded that there was “no crisis” related to IG supply, but that Canada could do more to reduce the use of the drug and to collect more plasma.

The plasma-derived drug is also taken by patients whose immune systems have been compromised by chemotherapy or other treatments and by patients with rare neurological disorders.

Isra Levy, CBS’s vice-president of medical affairs and innovation, stressed that there is only a potential, not an actual, shortage of subcutaneous immune globulin, or SCIg, which patients usually infuse under the skin in their abdomen or thighs.

But Canadian demand for SCIg skyrocketed so unexpectedly over the last few months that CBS and its sole supplier of the drug, the Japanese pharmaceutical company Takeda, are taking steps to ration existing supplies and to try to find more SCIg on the tight global market for plasma-derived drugs.

Patients currently on SCIg will keep receiving the drug, Dr. Levy said, while new patients will have to wait to start their treatment or be sent to hospital day units for intravenous IG, which is not in short supply.

The blood authority anticipated that SCIg use would grow by 20 per cent per year, but instead it jumped by 50 per cent in the past year, Takeda officials wrote in a May 7 letter to blood banks.

“We’ve really been struggling to tease out what, in fact, is going on with these numbers,” Dr. Levy of CBS said. “What no one forecast … is the degree to which there would be an increase in the preference of clinicians and patients for the subcutaneous product.”

Christina Hickey, a 39-year-old mother of three living near Peterborough, Ont., is one of the approximately 400 patients who have started infusing IG at home since the fall.

Ms. Hickey, who was diagnosed with a primary immune deficiency 10 years ago after suffering chronic colds and pneumonia, jumped at the chance to switch to SCIg because it allowed her to avoid the hospital, where she feared being exposed to infections.

“If I didn’t have the medication," Ms. Hickey said, “I would probably pretty much be a hermit. The amount of sickness that I would be faced with without the medication would put me right back to square one.”

She is thankful that there is no talk – for now – of asking existing SCIg patients to revert to the intravenous version of IG.

Still, the looming shortage of SCIg is “really scary,” according to Whitney Goulstone, the executive director of the Canadian Immunodeficiencies Patient Organization (CIPO.)

“Why did this shortage happen? Is it because [CBS] didn’t forecast properly? Is it because they only have one supplier and put all their eggs in one basket?”

CIPO and another patient organization that represents IG users with neurological conditions raised concerns with CBS last year about its decision in 2017 to award the SCIg contract for the entire country to one company, Shire, which is now owned by Takeda. (Both patient groups receive funding from pharmaceutical companies, including Takeda and competing IG makers.)

Takeda’s take-home immune globulin product, called Cuvitru, is made entirely from the plasma of paid donors in the United States.

Dr. Levy and a spokeswoman for Takeda said the problem was demand, not supply. A spokeswoman for the drug maker said by e-mail that the company met the supply commitments it made to CBS in 2017. 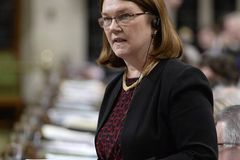