When an employee at Ottawa bakery Bread By Us had to self-isolate while waiting for COVID-19 test results, owner Jessica Carpinone gave them a week off with full pay. The results came back negative, but she said that by helping that employee stay home, her customers and other workers felt more comfortable coming into the shop.

Ms. Carpinone had voluntarily provided two days of sick pay since she opened the bakery in 2013, but she extended the policy to unlimited days during the pandemic with support from Ottawa’s wage subsidy program.

“Small business margins are very thin, so we’re driven by fear of not being able to pay our bills,” she said. “But in the grand scheme, [providing paid sick leave] allows us to operate without the fear of what would happen if we all contracted COVID. You can’t put a price tag on your staff staying healthy.”

The pandemic has revived the debate among business groups and owners on how to stop illnesses from spreading on the job. More than half of workers 18 and older in Canada are not entitled to paid sick leave, most of them part-time and contract employees or low-income workers who cannot afford to lose wages. Quebec and Prince Edward Island are the only provinces to mandate paid sick days, while the federal government requires federally regulated industries to provide five paid personal days each year.

Some larger companies extended their leave policies during the pandemic, offering paid sick days so workers would stay home if they fell ill. Home Depot Inc. introduced 80 hours of COVID-19-related paid sick time to full-time staff and 40 hours to part-time workers. Longo’s grocery chain and Amazon.com Inc. offer two weeks of paid time off – the recommended quarantine period – to any employee who has been exposed to COVID-19.

The Ontario Chamber of Commerce, which has long opposed paid sick days and other improvements to employment standards, signed on to support an NDP opposition bill that would have introduced mandatory paid sick days in the province. That bill died last week, however, when the Ontario legislative session ended two days earlier than scheduled.

Most businesses have not offered paid sick leave, however, according to a recent report by Corporate Knights, which found that just 15 per cent of local companies in Canada upgraded their sick leave policies during the pandemic.

Many business owners are simply struggling, wondering how to manage another financial hit when their margins are already at their thinnest.

“If you impose higher costs with paid sick days, that will make the difference between surviving and not surviving,” said Benjamin Tal, deputy chief economist at CIBC Capital Markets. “But you risk further infection if people don’t have the option to stay home and they go to work despite being sick. So the business will also have higher costs with higher infections. But if you tell people to stay home when they’re sick, then you need to provide them with the means to stay home.”

Ms. Carpinone said she recovers the cost of paying for sick days through employee retention and morale. In the food services industry, turnover is high. But many of her employees have worked at the bakery for more than five years, in part because they appreciate the additional benefits. Training is her biggest cost, and the bakery has to operate at reduced capacity while a new employee is brought up to speed, which takes eight to 12 months for a baker.

Public-health experts, including Chief Public Health Officer Theresa Tam, have pointed to workplaces as a leading source of COVID-19 outbreaks and have argued for paid sick days to allow infected workers to stay home.

Workplaces have accounted for 29 per cent of all known outbreaks in Ontario and 38 per cent in Quebec, according to provincial data released Friday. In Alberta, Chief Medical Officer of Health Deena Hinshaw said last month that 10 per cent of people in the province with active COVID-19 infections are not staying home from work. And mayors in the Greater Toronto and Hamilton Area have urged the province to provide workers with paid sick days.

Until early last year, workers in Ontario had access to such benefits. Under the previous, Liberal government, the province mandated that employers provide two paid personal emergency leave days each year. But Premier Doug Ford’s government swapped the program for three unpaid days in early 2019.

Business groups such as the Ontario Chamber of Commerce (OCC) and the Retail Council of Canada supported the new government’s scrapping of labour reforms that included increasing the minimum wage, warning that the improved labour standards were too costly for businesses to cover all at once.

Now, almost 10 months into the pandemic, the OCC says it would support a paid sick leave program as proposed in a private member’s bill by NDP MPP Peggy Sattler. The bill called for seven paid sick days and an additional 14 days during an infectious disease emergency, paid for by businesses with some government support – a condition of the OCC’s support, which represents 60,000 businesses in the province.

Even though the bill has been scrapped, the OCC says the pandemic is the biggest threat to the stability the economy and that employers and workers should receive the support they need to operate safely and address customer fears.

“We don’t want, during the pandemic, for employees to be forced into a situation of making the decision between doing the right thing from a public-health perspective and putting food on the table for their family,” said Rocco Rossi, the OCC’s president and chief executive officer. “But small businesses are hanging on by their fingernails and are not in a position to absorb the cost.”

The OCC says customers have been hesitant to visit businesses, but a healthy work force would help boost confidence. Still, if businesses end up carrying the cost themselves after the pandemic, mandatory paid sick days would need to be reconsidered.

“That will have to be discussed at that time under those circumstances,” Mr. Rossi said. “Then we can look at what measures can be added. Would this be the top priority? Or is it something like minimum wage or other health and safety measures?”

The federal government launched a sick-leave program in late September that provides $500 a week for up to two weeks for workers who need to take time off because of COVID-19. But public officials and labour advocates have criticized the program. It pays less than what someone would receive working for minimum wage and applies only to those who lose more than half their hours in a week, thus excluding people who need to take off only a day or two.

CIBC’s Mr. Tal said paid sick days should be government-funded during the pandemic and argued that the program would be more effective if the funding were provided directly to businesses. And any new labour policies implemented during a crisis should be temporary and tailored to the immediate circumstances to avoid putting further pressure on businesses in the long term, he said.

“Small businesses are struggling and they cannot afford to provide this benefit, but employees must have this benefit – otherwise they take a risk,” Mr. Tal said. “Whatever it costs [to provide paid sick days], the alternative will probably cost more in terms of economic stability.” 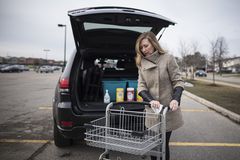 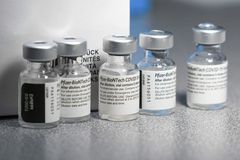 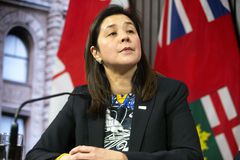