A Canadian Forces Snowbirds plane on a cross-country tour to boost morale and salute those on the frontlines of the COVID-19 pandemic has crashed in Kamloops, B.C., killing one forces’ member and seriously injuring another.

Bystander videos from the scene show two jets flying together shortly after takeoff late Sunday morning. One then veers upward before nose-diving. At least one person appears to eject from the plane before it disappears behind a stand of trees and an explosion is heard.

The Department of National Defence and the Canadian Armed Forces confirmed in a joint statement that Captain Jennifer Casey, the squadron's public-affairs officer, died in the crash. Captain Richard MacDougall, one of the team’s co-ordinators and pilot of the aircraft, sustained serious but non-life-threatening injuries.​

"Canadians look at the Snowbirds as a source of joy and an exhibition of the incredible feats that our people in uniform are capable of," Defence Minister Harjit Sajjan said in the statement.

"Operation Inspiration was intended to lift the spirit of Canadians at this difficult time and the Snowbirds accomplished their mission. I know that all Canadians grieve this tragic loss.”

The CT-114 Tutor crashed into a home in the residential neighbourhood of Brocklehurst, near Kamloops Airport, setting the home on fire. 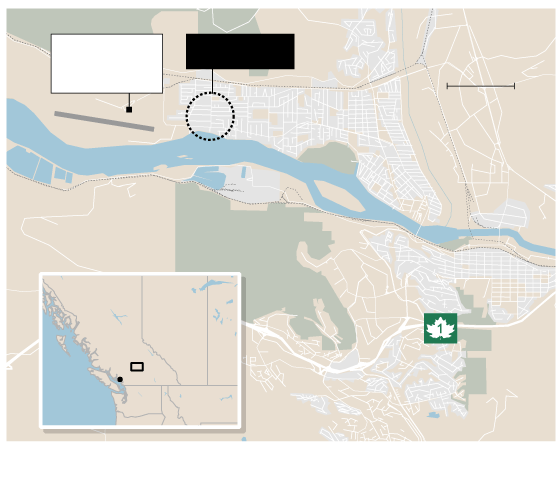 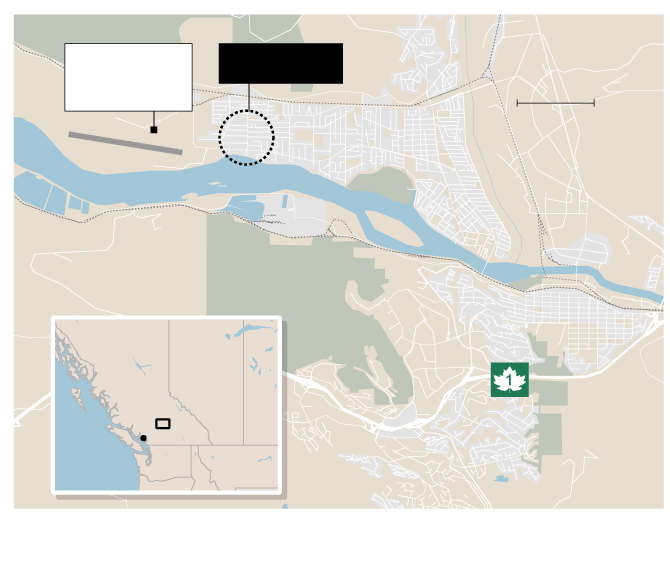 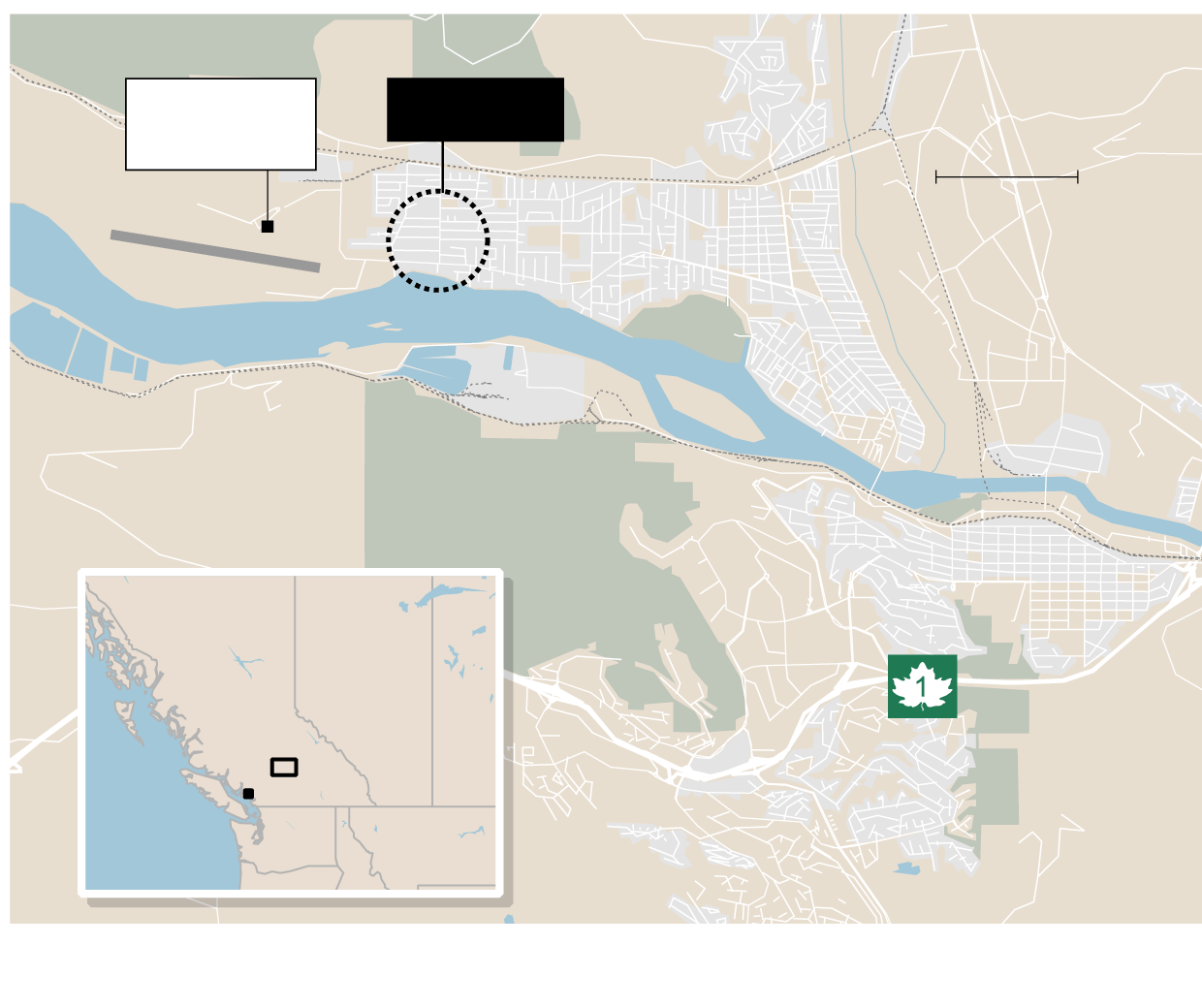 The fleet has been placed on operational pause, and the Snowbirds' Operation Inspiration delayed indefinitely. A flight safety investigation will be conducted "to ensure our personnel can continue to have confidence in our equipment and procedures," the statement said.​

Capt. Casey, originally from Halifax, joined the Canadian Armed Forces in August, 2014, as a direct entry officer, and worked as a public-affairs officer at 8 Wing Trenton, then the CF-18 Demo Team, travelling North America and Britain with the NORAD 60 jet, according to a biography on the Royal Canadian Air Force’s website. Before joining the CAF, Capt. Casey spent several years working in broadcast radio in Halifax and Belleville, Ont.

The team’s nine-jet formation began its tour in Nova Scotia in early May, working its way west on a mission dubbed Operation Inspiration. The Snowbirds were set to fly over the Okanagan on Sunday but cancelled due to rain and low visibility.

The planes were in the process of pre-positioning "to Comox to start working our way east,” according to posts on social media Sunday morning.

“Don’t worry, the longer-term forecast looks better and we plan to be back on our way home to Moose Jaw!,” read a message posted to the Snowbirds’ Twitter account on Sunday morning, an hour and 20 minutes before the crash.

Dana Hings, a retired nurse from New Westminster, was visiting her mother-in-law in Kamloops when she heard the sound of the Snowbirds in the air, and then a crash.

Ms. Hings and her daughter headed toward the crash site and were about half a block away when someone came out of another residence, seeking assistance.

“As we were passing a home, somebody came out and said, 'We need medical help in the backyard,’ ” Ms. Hings said in an interview. “We did everything we could until the local paramedics arrived, and were able to allow us to stop,” she said.

Ms. Hings said the one victim she tended to suffered “catastrophic injuries," while she was told the second victim was responding to questions.

Ms. Hings and her daughter then proceeded toward the home that had been hit by the aircraft, where first responders were deploying foam to the wreckage. The front of the house was charred, she said, and a piece of the plane’s tail was in the front yard.

“I’m just devastated,” she said. “This was such a good thing they were doing, the Snowbirds. It was such a positive thing in a time when there is not always a lot of positive. To have something so negative happen …my heart just goes out to everyone.”

Kamloops-area resident Crystal Cox said she and her family had left home to go play golf when they received calls from friends and residents of their neighbourhood about the crash.

They returned to find “pretty much a wing” from the downed aircraft on their front lawn, she said, with emergency responders on the scene, who taped off the area around the wreckage.

The home across the street was on fire, Ms. Cox said, but the couple who lived there were uninjured. A neighbour told her a parachute came down, “but it didn’t fully open.”

“[We’re] pretty shaken. I had my kids near where the plane crashed, not long before the crash,” she said. “Anxiety. Lots to handle.”

"Every day, [the Snowbirds] represent the very best of Canada and demonstrate excellence through incredible skill and dedication," the statement said. "Their flyovers across the country put a smile on the faces of Canadians everywhere and make us proud."

Conservative Leader Andrew Scheer expressed condolences to the Snowbirds’ member who died and wished a speedy recovery to the other.

“This is a tragic end to a tour that has brought much needed joy to so many,” he said in a statementNDP Leader Jagmeet Singh said that while details of the crash are still not known, the news is “tragic.”

“Thinking of the communities and families of all involved and thankful for first responders on the scene,” Mr. Singh said in a statement.

Eight Snowbird pilots have previously died while on duty since the squadron assumed its current name in 1971, according to the Royal Canadian Air Force.

Perhaps the most high-profile Snowbird accident took place in 1989 when Captain Shane Antaya crashed into Lake Ontario during the team’s annual airshow at the Canadian National Exhibition in Toronto after a midair collision with another pilot, who safely ejected.

Imagery technician Sergeant Charles Senecal was also killed in 2008 when his plane crashed at the team’s Moose Jaw home base while he was taking pictures of other Snowbirds in flight.

View more suggestions in Following Read more about following topics and authors
Follow Andrea Woo, Ian Bailey and Michelle Carbert on Twitter @andreawoo @ianabailey @michellecarbert
Report an error Editorial code of conduct
Due to technical reasons, we have temporarily removed commenting from our articles. We hope to have this fixed soon. Thank you for your patience. If you are looking to give feedback on our new site, please send it along to feedback@globeandmail.com. If you want to write a letter to the editor, please forward to letters@globeandmail.com.
Comments