Canadian high school students are among the top performers in reading, according to a new international ranking that presents a stark contrast to the challenges faced in math.

Still, the assessment, released Tuesday morning, revealed some concerns: One in seven Canadian students tested scored at the lowest levels in reading, and the gap in achievement between girls and boys persists.

Canada ranked fourth overall in reading, behind Beijing-Shanghai-Jiangsu-Guangdong (China), Singapore and Macao (China), in the latest results from the OECD’s Programme for International Student Assessment (PISA), a survey conducted every three years that measures how 15-year-old high school students fare in reading, science and math.

In 2018, about 600,000 students in 79 countries completed the Organization for Economic Co-operation and Development test.

Among the provinces, Alberta students scored above the Canadian average, while students in Newfoundland and Labrador, Nova Scotia, Quebec, Ontario and British Columbia scored similar to the average. Students in four provinces – Prince Edward Island, New Brunswick, Manitoba and Saskatchewan – scored below the average.

Of concern to experts, 14 per cent of students in Canada performed below Level 2 in reading, which is considered the baseline level of reading literacy to participate fully in society.

Further, as with previous assessments done by PISA, 82 per cent of boys attained Level 2 or higher, compared with 90 per cent of girls. This comes despite investments in education to get boys to read, including books that would appeal to them.

The Council of Ministers of Education, Canada (CMEC) noted that while the overall results are positive, a closer analysis shows that there is room for improvement. Kathryn O’Grady, co-ordinator of the learning assessment programs, said in an interview on Monday that previous results have initiated discussions that led to policy decisions or curriculum changes.

“Without this kind of data, there would be no way to know where to focus change,” she said, adding that provincial governments participate so they can understand where students are struggling and make improvements.

However, Ms. O’Grady said that Canada is in an enviable position when it comes to literacy among its students. “Compared to many countries in the world, we are so strong with regard to our education and I think we are in the ... position where we can focus on the small improvements that will impact the struggling students, rather than having to focus on the majority of these students not even having basic literacy skills,” she said.

Douglas Willms, a former Canada research chair in literacy and human development at the University of New Brunswick and president of the Learning Bar, a research institute in Fredericton, said the focus should not be on the overall ranking, but on the number of students who are falling behind, especially in the early years of schooling.

He added: “The real focus for me is what percentage of children are at Level 2 and Level 1 when they reach age 15, because those are the children that don’t have much chance of going on into postsecondary.”

Reading was the main focus of PISA in this round of assessments. Math and science were also tested, but there were fewer questions asked. The students writing the test spent an hour answering questions related to material they were reading, and the other hour to assess math and science skills.

Among the 79 countries that participated, five outperformed Canada in science.

Math has been a concern for educators and parents, and it has been the subject of debate about how it is taught in schools. In PISA, one in six students in Canada did not meet the benchmark level in math, a proportion that has not changed since 2012.

Parents have been appealing to education ministries to take a back-to-basics approach to teaching math, emphasizing repetition and drills before problem-solving. Meanwhile, governments and teacher-training programs have started focusing on the math skills of educators. 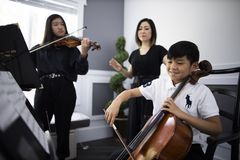 At an Ontario high school, a mark-less math class is challenging how students engage in learning
March 19, 2019 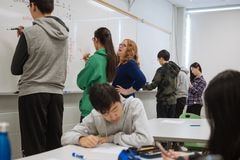 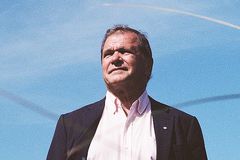