The family of a Canadian recently released from prison in the United States fears that he might die after he contracted COVID-19 while waiting for his deportation in an immigration detention centre.

James Hill was days from flying back to Canada earlier this month when he had to be admitted to hospital. Bureaucratic delays kept him for months in Farmville, a detention facility in Virginia where nearly 90 per cent of the 360 detainees became infected with the novel coronavirus.

Mr. Hill, a former doctor, is in medical isolation and can barely speak, Canadian consular officers have told his family. Relatives are worried because, at 72, he is more vulnerable to the illness.

The surge in coronavirus infections at Farmville came after U.S. Immigration and Customs Enforcement (ICE) transferred detainees from Florida and Arizona without quarantining them. Since then, up to 315 people have contracted COVID-19 at Farmville, according to ICE data.

Managers at Farmville, which is privately run, say that they took precautions to contain the coronavirus, but Mr. Hill and other detainees paint a different picture, describing crowded, unsanitary conditions.

Before he was admitted to hospital, Mr. Hill told relatives that he was in a dorm with more than 80 people. The bunks were so tightly packed that sweat from other men landed on him. Food was served in a communal room with no possible distancing.

His account matches affidavits filed in a court petition filed by four detainees, arguing that the outbreak of COVID-19 in Farmville was so bad that “it violates contemporary standards of decency to expose anyone unwillingly to such a risk.”

The court petition notes that an affidavit by Farmville director Jeffrey Crawford corroborates some of the complaints, such as ailing detainees fainting while being counted and dorms so crowded that distancing was enforced by having detainees sleep head to foot in their bunks.

Mr. Hill was sent to Farmville in April after finishing a 14-year sentence for prescribing OxyContin without seeing his patients. He lost his medical licence after his conviction. Eager to be sent back to Canada, Mr. Hill remained in detention while waiting for his deportation case to be processed.

His family said he had served his sentence and did not deserve to risk death while in ICE custody.

“He did his time. He was a free man, then they literally put him in shackles and drove him over to the other facility, Farmville, where he said it was the worst conditions that he’d ever been in,” one nephew, Douglas Hunt, said in a recent interview with The Globe and Mail.

The Farmville outbreak made headlines in the U.S. and prompted Virginia’s two senators, Mark Warner and Tim Kaine, to express concerns in letters to the authority in charge of ICE, the Department of Homeland Security.

“ICE is endangering a staggering number of lives of detainees, staff and the surrounding Farmville community,” read one of three letters Mr. Warner and Mr. Kaine sent.

Mr. Hill was supposed to meet his ICE deportation officer on June 22, but the appointment was cancelled. The cancellation occurred just as conditions at Farmville were worsening. According to a court affidavit by an immigration lawyer, Ashley Warmeling, “clients reported that COVID symptoms had spread quickly over the weekend, and that the majority of people in their dorm had some form of COVID symptoms, including fevers, body aches, coughing, sore throat, diarrhea and vomiting.”

Mr. Hill’s flight to Canada was scheduled for July 9, but three days earlier, he had to be admitted to hospital because of high fever and breathing problems.

A Canadian diplomat who was in touch with Mr. Hill last week told the family in an e-mail that “James has great difficulty speaking right now (he was barely able to speak a few minutes to me yesterday).”

Mr. Hunt, his nephew, said the family is grateful for the work of Canadian consular officers who assisted them.

Born and educated in Toronto, Mr. Hill practised medicine in Shreveport, La. He was arrested in 2006 after the FBI received a tip from a patient who alleged that he presigned blank prescriptions for OxyContin, which were filled by his office manager.

Mr. Hill pleaded guilty to one count of health care fraud and one count of distribution of a controlled substance. He completed his 14-year jail sentence and was transferred to Farmville.

It took a month before a judge signed his order for removal, green-lighting his deportation back to Canada. There were further delays because he had to apply for an emergency passport.

He was still detained when, according to the affidavit by Farmville’s director, Mr. Crawford, ICE transferred 74 detainees from Florida and Arizona, two states where infections have spiked.

They went directly to Farmville on June 2 without the usual 14-day isolation period. Mr. Crawford said ICE told him “there were no active COVID-19 cases at the Arizona facility and that there were very few cases at the Florida facility.”

However, one of the 74 had COVID-19 symptoms and soon 51 were found to be infected. About two weeks later, staff and other detainees also tested positive. 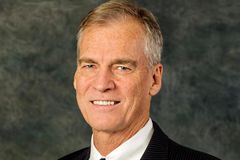 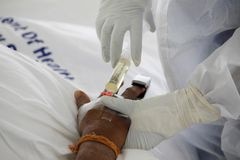