Sean FineJustice Writer
Published May 21, 2021 Updated May 21, 2021
Comments
Text Size
Please log in to listen to this story. Also available in French and Mandarin. Log In Create Free Account

A judge who expressed concerns to the University of Toronto about the hiring of a human-rights director will not have to face a public disciplinary hearing, the Canadian Judicial Council said on Friday.

Justice David Spiro, a member of the Tax Court of Canada since 2019, made serious mistakes, but not serious enough to warrant a recommendation for his removal from the bench, and the matter is now closed, the disciplinary body of chief and associate chief justices said.

Justice Spiro’s conduct was at the heart of a controversy related to the hiring of a director for the International Human Rights Program of the U of T’s law school.

Last summer, a law-school hiring committee unanimously chose Valentina Azarova, a European scholar, to be director. But before the school finalized the hiring, Justice Spiro told a university official that the move would be controversial in the Jewish community and risk harm to the university’s reputation, because of her published work on the Israel-Palestine issue.

Soon after, then-dean Edward Iacobucci cancelled the hiring, citing a concern over immigration difficulties during the pandemic, and Ms. Azarova’s stated wish to stay in Europe during the summer. Her work on Israel and Palestine might have become an issue, he said, but the other two concerns had already disqualified her.

The decision not to hire Ms. Azarova sparked resignations from the hiring committee and at the human-rights program, and the Canadian Association of University Teachers censured the university. A review by former Supreme Court judge Thomas Cromwell found that the university did not reject Ms. Azarova because of Justice Spiro’s influence.

The controversy prompted several complaints to the judicial council accusing Justice Spiro of compromising his integrity and impartiality, and causing those who are Palestinian, Arab or Muslim to reasonably fear bias.

But the judicial council rejected that view. “The fear of bias on the part of Justice Spiro is based on misinformation and speculation that is inaccurate,” a panel of four senior judges and one layperson, chaired by B.C. Court of Appeal Chief Justice Robert Bauman, said in a statement Friday.

Justice Spiro had declined a request that he speak to the law dean about the Azarova hiring, the review panel said, and instead raised the matter in a previously arranged phone call with a school official. The judicial council’s review panel said that it was his background as “a very engaged alumnus,” and not as a judge, that prompted his discussion.

The panel also said that Justice Spiro had devoted time before becoming a judge to building bridges between the parties and faith communities involved in the Israel-Palestine conflict. As a result, members of the public properly informed of his conduct over his career and in the U of T dispute could not conclude he is biased, it said.

Dania Majid, founder and president of the Arab Canadian Lawyers Association, which had filed a joint complaint with Independent Jewish Voices, was disappointed by the outcome.

“Where are the consequences for this behaviour?” she said in an interview.

“Justice Spiro is someone with great influence, as a donor, as a prominent member of the community, as a judge; he carries great power and with that comes great responsibility. We saw how that was wielded behind closed doors,” she said.

She said the episode had an impact on the Palestinian community. “We know that we are at risk of retaliation if we do speak out ... or just by virtue of being Palestinian.”

Samer Muscati, a former director of the law school’s human rights program, was also critical of the judicial council decision.

“There is zero accountability and everyone gets to keep their their jobs even after such blatant impropriety is uncovered.”

Justice Spiro, the Tax Court of Canada and the University of Toronto declined comment. 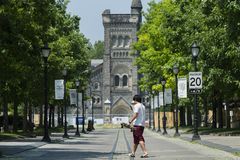 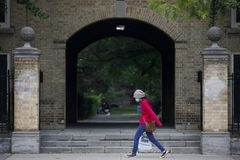