Canada’s top general is overhauling military morale-boosting tours after an internal investigation uncovered the extent of the problems with a 2017 trip to Latvia that resulted in a sexual-assault charge against a former NHL player.

Defence chief Gen. Jonathan Vance disputed the idea that the Latvia trip was a “wild party,” but admitted the Team Canada program has been irreparably damaged and needs to be revisited.

“Team Canada in its current form is over, it’s ended,” Gen. Vance said on Wednesday, adding that military officials will be going back to the drawing board to determine the best approach for future morale-boosting trips. “I need to end this chapter.”

The missions were suspended in pending a review after military police charged former NHL player Dave (Tiger) Williams for allegedly assaulting a military flight attendant during the Latvia trip in December 2017.

Mr. Williams has denied any wrongdoing and his case is scheduled to go to trial next year.

The review report, being released Thursday, did not delve into the specific allegations against Mr. Williams, which remain the purview of military police. It looked instead into the overall conduct of the flight, whose stated purpose was to deliver hockey equipment and play some goodwill hockey games in Latvia.

Canada currently has about 500 troops leading a NATO battlegroup in Latvia.

The review appears to confirm portraits of the Team Canada trip as more akin to a party than a military mission as some passengers drank to inebriation, a band played in the aisle and participants challenged cabin crew to arm-wrestling matches.

Throughout it all, crew members appeared unsure how to react and instead turned a blind eye to heavy drinking and other rules violations because they felt pressure from commanders to provide passengers with “exceptional preferential treatment.”

That pressure was partly the result of previous complaints about their performance on such military flights, including “slow beverage service,” as well as contradictory and confusing directions on how to handle their VIP passengers.

Cabin crew members were also reluctant to confront passengers who were misbehaving because the trip had been organized by Gen. Vance’s office, and believed the participants were special guests of the defence chief.

As a result, passengers were waved past security screenings in Ottawa, and allowed to bring open alcohol containers onto the plane, chew tobacco and serve themselves from coolers in the aisles filled with booze bought with money pooled by the Gen. Vance’s staff.

“The behaviour of some passengers was not conducive to a respectful work environment free of harassment,” the review report adds. “No intervention by the cabin crew took place because of the pressure on them to provide exceptional service on VIP missions.”

Alcohol will be banned on all future morale-boosting trips and organization for them will be moved out of the defence chief’s office. Air force rules and regulations with respect to VIPs will be tightened and cabin crew will be empowered to confront passengers who are misbehaving.

“We cannot have aircraft flying with crews who feel uncertain or feel unempowered,” Gen. Vance said, adding that he “never underwrites improper behaviour.”

While some may question the need for such tours, Gen. Vance said they have proven to be an important way to bring a little bit of Canada to troops far from home and expose prominent Canadians to the military — which is another reason he is overhauling the program.

“We have to be in a position to be able to attract those people again,” he said.

“And the only way they’re going to be able to do that is they see that this is over, we’ve dealt with it, we’re an honourable institution, we’re going to do this honourably in the future and they’re not going to be associated with a gong show.” 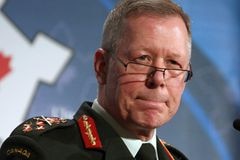 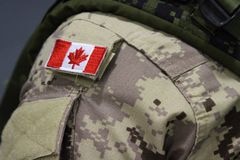 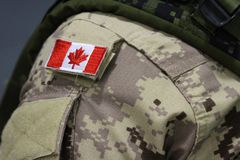