Ivan SemeniukScience Reporter
Published May 4, 2021 Updated May 4, 2021
Comments
Text Size
Please log in to listen to this story. Also available in French and Mandarin. Log In Create Free Account

Canada will need to be more creative and more determined if it hopes to be a serious player in world scientific research after the COVID-19 pandemic, a new report from the Council of Canadian Academies suggests.

The report includes a survey of the global research environment to see what different countries – primarily those that are members of the Organization for Economic Co-operation and Development – are doing to get the most of out of investments in science and engineering and where Canada may draw useful lessons.

Many face common challenges that predate the pandemic, including relatively flat research budgets that must be divided among an expanding pool of scientists and growing competition worldwide, particularly from China.

But the pandemic demonstrated the importance of cultivating fundamental research over many years and then moving quickly to apply that research when there is an emerging public need. It was precisely this combination that laid the ground work for the first RNA-based vaccines and allowed them to be developed and authorized in less than one year.

“What we saw around the world is that funding agencies were able to develop these rapid responses … and they saw the impact of being able to respond quickly,” said Shirley Tilghman, a Canadian-American molecular biologist and past president of Princeton University, who chaired the report panel.

As the report notes, COVID-19 “dramatically altered the scientific landscape” by accelerating both the pace and scale of research in many domains. The outcome is likely to influence how research is supported and conducted in the future.

For example, Dr. Tilghman said, the trend by researchers to post their work online before it has been accepted for publication turned the pandemic into a watershed moment in the long push to move publicly funded research toward an open access model, which proponents say allows for a wider, more rapid dissemination of knowledge.

“I think open science has finally won the day,” she said.

The report also noted that the pandemic tended to reinforce existing inequities that determine who has access to science funding and raised concerns about the removal of safeguards that are meant to ensure research quality.

The report, released on Tuesday, was commissioned by the Natural Sciences and Engineering Research Council, or NSERC, one of the three federal funding bodies that deliver most of the grants awarded to individual scientists in Canada.

It suggests that hyper-competition for funding dollars is having an especially detrimental effect on younger scientists, in some cases driving them out of promising research careers. A remedy may be an approach that allocates dedicated funding pools to people at different careers stages.

Another conundrum that Canadian funders face is how to better support research that crosses disciplines, involves cross-border collaborations or is considered high risk-high reward. Such projects tend to defy standard categories but may lead to the most significant breakthroughs. By design, the report did not make specific recommendations but instead provided a range of options that have been implemented in other jurisdictions and rates their success.

NSERC president Alejandro Adem said the report was intended to start a long-range planning process that will determine how the agency operates as a funding body until 2030.

“We envision a period of consultation between now and the end of the year and we’ve been reaching out to folks at the universities, colleges and polytechnics as well as people in science within government,” Dr. Adem said.

The report follows on the heels of a federal budget that is seen as setting the stage for the next federal election but that contains few specifics related to Canada’s research agenda, said panelists at a recent budget symposium organized by the Canadian Science Policy Centre.

David Naylor, a former president of the University of Toronto who led a landmark review of Ottawa’s science funding apparatus in 2017, said that while his report was followed by a significant reinvestment in Canadian research in 2018, the world has since moved on.

“The bottom line is that we’re losing ground again based on relative underinvestment in independent basic and applied research,” Dr. Naylor said.

He noted that both the United States and Britain are embracing research as part of their economic exit strategies out of the pandemic, while Germany continues to set the pace for research funding among Western countries. That trio of countries is responsible for the development of the three COVID-19 vaccines that are now being widely deployed in Canada.

“The good news overall is that multi-institutional collaboration has been way stronger than usual and Canada is pulling more than its weight in many areas of research related to COVID-19,” Dr. Naylor said. “Nonetheless, we should take a hard look at our overall performance when the pandemic recedes, and not hesitate to make adjustments.” 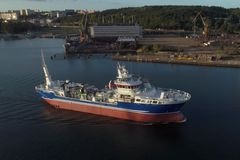 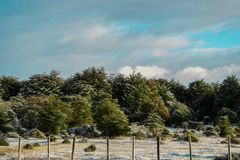 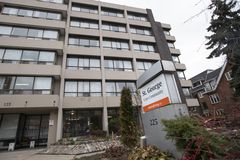