This article may contain information that is out of date. Please visit the Globe’s coronavirus topic page for the latest coronavirus stories. And sign up for our daily Coronavirus Update newsletter.

Canadian travellers around the world are struggling to figure out how to swiftly return home, and whether they can afford to do so.

The scramble was prompted partly by the federal government’s warning this weekend that Canadians abroad should strongly consider returning, amid the prospect of the coronavirus pandemic causing further travel restrictions and flight cancellations.

Travellers contacted by The Globe on Sunday gave mixed accounts of how feasible such changes in plans are proving from their perspective, and some who were booking travel with multiple stopovers wondered if they were putting themselves at more risk by travelling than if they stayed in place.

For some, there was little hesitation in paying much more money than they could normally afford, in order to avoid being stranded.

Daniel Minden, a McGill University student on an exchange program in Paris, said that he booked a flight for $2,000 to return to Canada on Monday – and that was little compared to what some of his peers were shelling out.

Others, including some currently staying in countries under lockdown, opted to risk waiting it out until their scheduled return dates rather than pay exorbitant prices.

James Woods and Sylvia Antonozzi of North Bay, Ont., are currently in the Costa del Sol region of Spain, where they have spent their winter. Mr. Woods said that the cheapest flights he was able to find – an effort complicated by not having a phone in the apartment where they are staying – cost three times the price of their original fare, and would not have been immediate anyway. So they have decided to stick with their return date of March 31.

Mr. Woods was relatively sanguine about the unpredictability of whether he and his wife, both in their sixties, will indeed be able to return then. While expressing hope that the Canadian government would continue to repatriate citizens even if it otherwise restricts travel, he acknowledged he does not have a “Plan B” if airlines cancel all flights. “To put it in perspective, our Spanish friends have nowhere else to go,” he said, “so far be it for me to complain.”

Then there were travellers who opted to head home, but still weren’t certain they were doing the safest thing even as they were set to board their planes.

Vancouverites Jodon Karlik and Hilary Lust recently found themselves under quarantine in Mendoza, Argentina, apparently because they had two stopovers in the United States a week ago, when departing for a multi-country South American holiday.

Mr. Karlik said that partly because of the Canadian government’s warning, they opted to come home now, despite strongly considering staying within the safety of their quarantine. After spending “about eight hours” finding flights, trying to limit their flight path to as few countries as possible, they settled on one that will take them via Chile and Miami.

“Once in the USA, the biggest concern is being huddled in a virus Petri-dish as currently described in many of the international airports,” Mr. Karlik said, noting that the United States is currently the subject of advisories on many travel websites, and the couple’s uncertainty about their health-care coverage there.

As of late Sunday, many other travellers were still in the midst of trying to make arrangements, as social media abounded with accounts of Canadians spending many hours on hold with airlines or other travel bookers trying to change their flights.

Meanwhile, as Ottawa announced that it is asking anyone re-entering Canada to self-isolate for 14 days, federal officials faced questions about inconsistent screening, information and safety precautions upon arrival. 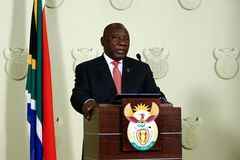 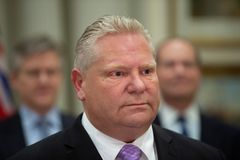 Follow Adam Radwanski and Marieke Walsh on Twitter @aradwanski @mariekewalsh
Report an error Editorial code of conduct
Due to technical reasons, we have temporarily removed commenting from our articles. We hope to have this fixed soon. Thank you for your patience. If you are looking to give feedback on our new site, please send it along to feedback@globeandmail.com. If you want to write a letter to the editor, please forward to letters@globeandmail.com.
Comments