The spread of the coronavirus has stranded a number of Canadian travellers as the combination of sudden border closings, cancelled flights and shrinking airline networks erase options for getting home.

From Ukraine to Ecuador to the swells of the Pacific Ocean, Canadians are adrift and searching by air, land and sea for a way to return.

For 17 members of a Toronto judo team, their trip to Ukraine spiralled from disappointment, when the competition was cancelled because of the spread of coronavirus, to bewilderment, with the team of 12- to 15-year-olds stuck in a faraway hotel.

“The Canadian embassy told us we have to stay here until April 1. I don’t know. I don’t know. We have no information about what we should do, or how long we should wait,” said coach Vitaliy Polyansky.

Toronto resident Lauren Ianni and her American boyfriend Jester Weah are stuck in Cusco, Peru. She said they are scared and hungry.

They had travelled to the country last Thursday, after double-checking with their tour company that they were safe to go. On Sunday, the company announced mid-bus trip that the tour was over. That evening, Peru’s President Martin Vizcarra said the country was closing its borders.

Not only are no flights taking off from Cusco, she said, most shops are closed. Ms. Ianni and her boyfriend found a market where they bought chips and candy. A police officer told them they should only leave their hotel one at a time, she said.

Their hotel had provided them with a small meal Monday, she said, but could not sustain feeding all the trapped tourists. She has been unable to reach the Canadian embassy. “I would like to go home,” Ms. Ianni said. “We’re scared, for sure.”

Speaking from his residence in Ottawa on Tuesday, Prime Minister Justin Trudeau said the government is working with airlines and looking at “every possible way” to bring Canadians home.

Some Canadian travellers may be stranded for weeks as borders close, Champagne says

“This is something that all Canadians are expecting of their government and we’re going to be doing it,” Mr. Trudeau said. But, he added, “there are three million Canadians at any given moment around the world living and working. I think it is just realistic to know that there are some of them who will not be coming home in the coming weeks.”

Canadians who are stranded abroad can apply for an emergency loan from Global Affairs Canada of up to $5,000 for essential needs.

Jessica Acs, stuck in Vilcabamba, Ecuador, is frustrated that Mr. Trudeau framed travellers’ issues as solely a matter of cost. “There are no flights,” she said. “This is not just a financial thing, this is a logistics thing.”

Ms. Acs, from Prince Edward County in Ontario, travelled to Ecuador for a yoga retreat two weeks ago. She emerged from the retreat last Thursday evening, by which point the outbreak had become a pandemic. She booked a flight home, but on Sunday, Air Canada cancelled it.

She reached the Canadian embassy, which instructed her to contact the airline – which she has not been able to reach. The country has since shut down public transportation, and she cannot get to the airport.

Holiday carrier Sunwing Airlines on Tuesday suspended its flights to resort destinations in Mexico, South America, the Caribbean and Florida to focus on bringing home 100,000 customers. The first of four “rescue flights” from Toronto and Montreal departed on Monday to bring 500 Canadians home from Honduras, Aruba and Panama, countries that have announced border closings.

“We have approximately 100,000 customers [away] and are working around the clock to bring them home,” said Rachel Goldrick, a spokeswoman for Sunwing. “Any customer requesting an early return to Canada will be accommodated at no additional charge on the next northbound service as available.”

WestJet is ending scheduled international service March 22 but said in a statement it will “participate in the efforts to bring Canadians home.” Air Canada said it is still flying to most of its international destinations, including daily flights to and from Europe, and has capacity on planes returning to Canada.

Peter Fitzpatrick, an Air Canada spokesman, said the carrier recently added capacity from London because of an increase in demand and is offering special one-way tickets to Canada from European cities. “This is an evolving situation, though, and in some cases governments are changing regulations affecting our ability to operate on short notice,” Mr. Fitzpatrick said. “We are working with the Canadian government to assist where we can.”

Vancouver retiree Sheldon Chandler, 79, and his 76-year-old wife, Marilyn, are stuck on a South American cruise unable to find safe harbour. The MS Marina of the Oceania line was off the coast of Ecuador on Tuesday en route to the Panama Canal hoping to dock in Miami after Peru and Chile barred it. The cruise was supposed to end in Lima on March 15.

Mr. Chandler, a retired architect, said the ship’s staff have told him about 206 Canadians are aboard. Global Affairs Canada sent a statement saying it is aware “many cruise ships having difficulties finding a location to dock and are actively monitoring the situation."

While the ship has no COVID-19 cases, Mr. Chandler said some passengers are running short of prescriptions. Ship pharmacy staff are trying to make up the gap. “Looking outside, the seas are flat. It is sunny. It seems like life is normal aboard the boat,” he said, but added, “it’s a much longer cruise than anybody had anticipated.”

The 17 members of the Taifu Judo Club arrived March 12 in the eastern Ukrainian city of Dnipro for a tournament that was cancelled less than 48 hours later, before the first throw. The team of 13 children and four accompanying adults are now stuck in the three-star Hotel Dnipropetrovsk after President Volodymyr Zelensky announced on March 17 that Ukraine was suspending all international flights, trains and buses until at least the end of the month.

The team coach, Mr. Polyansky, said that while the team wasn’t lacking anything at the hotel – and the kids were able to call their families every day – boredom was setting in. “There’s nothing here for us. There’s nothing to do.”

Mr. Polyansky, who competed for Ukraine in the 2004 Olympics, said the kids were all healthy and in good spirits. “But in one week or two weeks, I don’t know.”

With reports from Ian Bailey in Vancouver, Eric Atkins in Toronto, Michelle Carbert in Ottawa, Joe Friesen in Toronto. 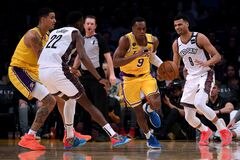 Follow Les Perreaux, Molly Hayes and Mark MacKinnon on Twitter @Perreaux @MollyHayes @markmackinnon
Report an error Editorial code of conduct
Due to technical reasons, we have temporarily removed commenting from our articles. We hope to have this fixed soon. Thank you for your patience. If you are looking to give feedback on our new site, please send it along to feedback@globeandmail.com. If you want to write a letter to the editor, please forward to letters@globeandmail.com.
Comments