An Iranian-Canadian widow who was barred from leaving Iran, triggering a high-profile consular case, is now back at home with family in Canada.

Maryam Mombeini, an Iranian-Canadian dual citizen, was greeted by her two sons in an emotional reunion at Vancouver International Airport on Thursday night after nearly 600 days apart.

Ramin Seyed-Emami said on Friday that his family is grateful to the Canadian government for its support, and to Iran for allowing his mother to return home.

“We have been overwhelmed with an amazing [outpouring] of love and support from everyone,” Mr. Seyed-Emami said in a statement. “And we cannot be happier to have such an amazing network of friends and family who’ve stood by our side through thick and thin.”

The family had been living in Tehran. Iran prohibited Ms. Mombeini from leaving in March, 2018, one month after the suspicious death of her husband, Kavous Seyed-Emami, inside Tehran’s notorious Evin prison.

Iranian authorities arrested Prof. Seyed-Emami on Jan. 24, 2018, on what his family says were unsubstantiated allegations of spying. Authorities say he died two weeks later by suicide – a claim his family rejects.

Mr. Seyed-Emami described his father as a “tree-hugging hippie pacificist” who was wrongly targeted, along with eight colleagues from the wildlife organization he ran, by an Iranian crackdown on non-governmental organizations and environmentalists.

Ms. Mombeini and her two sons, all dual citizens, were subjected to threats for rejecting the suicide allegations, and decided to flee Iran. When Iranian officials barred her from boarding her plane, she told her two sons to leave without her.

The case became a source of tension between Canada and Iran. The Trudeau government had pledged during the 2015 federal election campaign to re-establish diplomatic ties with Iran, which the previous government had severed in 2012. Talks came to a halt after news of Ms. Mombeini’s case.

“Until Maryam Mombeini is allowed to return home, her freedom will be the only topic of discussion we have with the Iranian government,” Adam Austen, a spokesman for Foreign Minister Chrystia Freeland, told The Globe and Mail in June, 2018.

Global Affairs Canada would not comment on Friday on what role it played, if any, in Thursday’s reunion. Ms. Freeland’s office was given some notice to help facilitate Ms. Mombeini’s return.

Ms. Freeland said on Friday that she was relieved to learn Ms. Mombeini was back in Canada and reunited with her family.

“You have all shown tremendous bravery in extraordinarily difficult circumstances,” she wrote in a message posted to Twitter. “I am thinking of you today!”

Mr. Seyed-Emami said the reunion has been very emotional.

“We are processing the sudden turn of events and would like to have some private family time to reconnect and settle.” 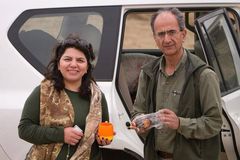 Son of Canadian-Iranian widow stuck in Iran urges Canada to speak out on consular case
May 28, 2019 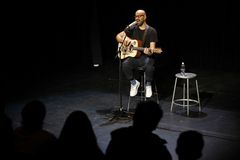 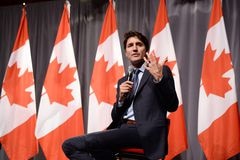