The decision by the Montreal Canadiens to select a junior hockey player who shared explicit images without his sexual partner’s consent – and had asked not to be picked while he works on improving his character – has provoked a backlash inside and outside the hockey world.

The Canadiens used their first pick from among dozens of National Hockey League prospects to take Logan Mailloux, an Ontario defenceman who played in Sweden last season on loan from his Canadian junior team, the London Knights.

Mr. Mailloux, who has turned 18 since the 2020 incident, was playing with SK Lejon in Sweden’s third division last fall when he sent images to teammates of the sexual encounter, along with information that identified his female partner.

He was charged with distributing a sexual photo without consent in Sweden and paid fines amounting to $5,300. When news of the incident broke in North America last week on sports site Daily Faceoff, Mr. Mailloux released a statement asking NHL teams to avoid drafting him. “I don’t feel I have demonstrated strong enough maturity or character to earn that privilege in the 2021 draft,” he said.

The NHL has no mechanism for players to withdraw their candidacy. Mr. Mailloux was passed over by all other NHL teams with picks in the first round before the Canadiens made their choice.

Tara Slone, co-host of the weekly Rogers Hometown Hockey on Sportsnet, said she was disappointed and disgusted by the Canadiens and team general manager Marc Bergevin.

“It’s sort of jaw-dropping. You start thinking things are improving and the needle is moving a little bit, and we take a bunch of steps backward,” Ms. Slone said in an interview. “I quite frankly found it baffling and heartbreaking at the same time. As a woman who works in hockey, I could not comprehend the decision.”

Ms. Slone said many of the men who run hockey “know they can get away with it and hockey trumps everything. It’s consequence-free.”

Elliotte Friedman, Ms. Slone’s Sportsnet colleague, said she was far from alone in her dismay. People around the hockey world, including him, “felt sick to their stomachs” after the pick, he said. “It put a stain on what was a really good week for the sport,” Mr. Friedman said on his podcast. Hockey media stalwarts from TSN, including Craig Button and Bob McKenzie, also expressed shock and dismay.

Farrah Khan, manager of Consent Comes First, a support organization against sexual and gender violence at Ryerson University in Toronto, said the Canadiens showed a complete misunderstanding of the meaning of consent in brushing aside the incident and the player’s wish to be left alone to sort out his issues.

She questioned what the Canadiens have in place to help the player. “We know there’s a problem with misogyny in sports. He is one player of many across sports teams that have caused sexual harm. What are the Canadiens doing concretely to address the issue?” Ms. Khan said.

The Canadiens did not respond to the question Sunday.

Mr. Bergevin, the general manager, justified the choice on the weekend, saying the team would be able to “provide [Mailloux] the tools” to address his behaviour. Assistant general manager Trevor Timmins said Mr. Mailloux meets with “a lady psychiatrist a couple times a week” and will be welcomed to training camp before the next season. The team has a plan, he said.

“We feel he is sincere in his redemption quest,” Mr. Timmins said. “We believe in giving people second chances.”

Mr. Mailloux told reporters Saturday he will try to take advantage of resources offered by the Canadiens. He also said he has apologized several times to his victim. “At this point I hope she knows I am sincere about this. I am really sorry,” he said.

The victim in the case wrote to The Athletic site last week to say Mr. Mailloux’s apology was a three-line text, and she didn’t believe it was sincere. “I do not think that Logan has understood the seriousness of his behaviour,” she said. “All I wanted was a heartfelt apology for his behaviour.”

Ms. Slone of Sportsnet said the Canadiens failed to take the victim into account in their selection. “There isn’t much attention paid to her side.” 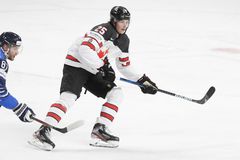 Hockey player’s decision to come out as gay must lead to meaningful change in game, advocates say
July 25, 2021 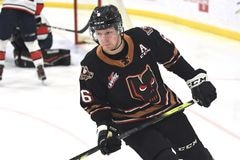 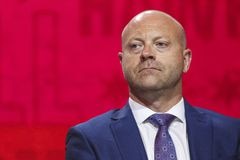