The case of a Canadian man accused of trying to spy for China is once again tied up in mysterious closed-door proceedings over confidential information.

It has been more than five years since Qing Quentin Huang was arrested in Burlington, Ont., following an RCMP-led investigation called Project Seascape.

Mr. Huang, an employee of Lloyd’s Register, a subcontractor to Irving Shipbuilding Inc., was charged under the Security of Information Act with attempting to communicate secrets to a foreign power.

Mr. Huang, who claims innocence, is free on bail.

But the engineer’s criminal trial in Ontario court has been delayed as legal tussles over disclosure of information in the case play out in the Federal Court of Canada, the venue for deciding how much sensitive material can be kept under wraps.

Ottawa recently filed a new application in Federal Court to shield information related to Huang’s case, although, given the nature of the proceedings, it is unclear precisely what the application is about.

It comes two years after Mr. Huang asked a federal judge to release additional portions of a heavily redacted affidavit and warrant that authorized the Canadian Security Intelligence Service to intercept telecommunications at the Chinese embassy in Ottawa.

Mr. Huang was not a target of the warrant and had never been under CSIS investigation.

However, the spy service advised the RCMP of phone calls Mr. Huang allegedly made to the embassy and claimed he “offered to provide Canadian military secrets” to the Chinese government. That prompted the police investigation resulting in Mr. Huang’s arrest.

Mr. Huang contends the warrant opened the door to a breach of his charter guarantee against unreasonable search and seizure.

His effort to find out more about the warrant continues after winding all the way to the Supreme Court, then back to the Federal Court for further consideration.

Mr. Huang’s case grinds along amid fractured relations between Ottawa and Beijing. Canadian authorities arrested a Chinese executive of Huawei Technologies in Vancouver last year in response to a request from Washington, and China subsequently detained, then charged, two Canadians for alleged security infractions.

In a letter last year to the Supreme Court, Mr. Huang’s lawyer, Frank Addario, suggested the prolonged wrangling over document disclosure was endangering his client’s right to timely justice.

A lawyer serving as amicus curiae – literally, a friend of the court – has been appointed to “represent the interests of justice” in these proceedings.

A recent Federal Court order says the amicus will be allowed to present issues, arguments and evidence favouring Mr. Huang, as he sees fit, as well as challenge and respond to secret evidence from government lawyers.

Mr. Addario wanted something more – an order obliging the amicus to act as if he were counsel for Mr. Huang.

“This will reduce potential breaches of Mr. Huang’s fair trial rights and his liberty interest,” Mr. Addario argued in a submission to the court.

Federal lawyers objected to the suggestion, saying the amicus is there to help the court, and “cannot also be obliged to represent and protect Mr. Huang’s interests.” 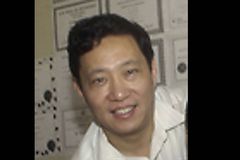