On Tuesday, he was sentenced to two years less a day in jail for manslaughter, in a case that provoked a lot of public debate and emotion.

Jocelyne Lizotte, aged 60, was in the advanced stages of Alzheimer’s disease almost a decade after symptoms first appeared. Her husband of 19 years said he could no longer stand to see her suffer.

Mr. Cadotte’s lawyer described it as a spontaneous “compassionate killing” by an exhausted, heartbroken caregiver.

Quebec Superior Court Justice Hélène Di Salvo, who presided over the case, agreed: “This was a man very much in love, but exhausted, spent, suffering from depression, who gave nine years of his life so his spouse could maintain a bit of dignity, so she would not suffer too much, and receive necessary care.”

But Justice Di Salvo nonetheless found Mr. Cadotte guilty. “Illegally causing the death of another human constitutes and will always constitute a reprehensible act that must be sanctioned,” she said in the stilted language of law.

Stated more bluntly, what she said was that, in a civilized society, it is not and cannot be acceptable to smother your loved one to death with a pillow.

And it doesn’t matter how much we feel sorry for you.

All things considered, Mr. Cadotte got off lightly. The Crown had sought a conviction of second-degree murder, which carries a minimum sentence of life in prison, with no parole for 10 years. Instead, the judge convicted Mr. Cadotte of manslaughter. The Crown asked for an eight-year sentence; the defence, six to 12 months. The judge’s sentence, two years less a day, means it will be served in a provincial jail, not a federal penitentiary.

Mr. Cadotte’s case is eerily similar to that of Robert Latimer, who killed his severely disabled daughter Tracy in 1993. He, too, said he couldn’t bear to see his beloved suffer. He placed his daughter in the cab of his truck, ran a hose from the exhaust pipe to the cab, started the engine and piped carbon monoxide into the vehicle until she died.

Mr. Latimer was convicted of second-degree murder. Because of appeals and parole, he served about seven years in total, despite the mandatory minimum. He asked for and was refused a pardon.

Both cases evoked wide public sympathy to the plight of long-term caregivers.

There is no doubt that caring for a loved one with a chronic debilitating condition such as dementia (Ms. Lizotte) or cerebral palsy (Tracy) can leave people feeling lonely, powerless, helpless, depressed, exhausted and desperate.

The support offered caregivers is, far too often, criminally lacking.

But no matter how inadequate or health and social services system, you cannot suffocate your wife with a pillow or gas your child.

We have to dispense with the term “mercy killing.” No one can be judge, jury and executioner.

Ms. Lizotte was diagnosed with Alzheimer’s in 2011, about three years after she started developing cognitive problems. She was placed in a long-term care home, CHSLD Émilie-Gamelin, in 2014.

In 2016, in the midst of much media attention about new provincial and federal laws allowing assisted death, Mr. Cadotte asked if physicians could end his spouse’s suffering. He was told that she was not eligible because of an inability to consent herself.

Many people would like the law to allow advance directives so patients diagnosed with dementia could, while they still have capacity, decide they will have an assisted death when they deteriorate to a certain point, for example, unable to feed themselves. (Capacity means being capable of retaining and understanding new information, analyzing the information and making an informed decision.)

Want as we may, that is not what the law allows now, and as Justice Di Salvo noted in her ruling, a criminal court is not the place to resolve these complex bioethical issues.

Legislators have to find a way to ensure the delicate balance of allowing people to end their suffering, but maintaining control over their decision-making.

The ultimate goal is to ensure everyone has a dignified death and the bottom line here is that being suffocated with a pillow is not dignified, it’s cruel and criminal. 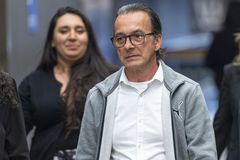