Newfoundland and Labrador’s capital city will no longer celebrate St. John’s Days, and council is asking residents to observe National Indigenous Peoples Day on June 21 instead.

St. John’s city council said in a news release Monday it is “discontinuing” the annual June holiday and asking people to find ways to celebrate the province’s Indigenous people and their histories.

“For me personally, it feels like we’re moving in the right direction. This is an indication of that,” Coun. Maggie Burton said in an interview.

St. John’s Days has typically been associated with the provincial holiday formerly known as Discovery Day, which commemorated the arrival of explorer John Cabot in the province in 1497. The City of St. John’s said in 2018 it would stop celebrating Discovery Day because it ignored the existence of the province’s Indigenous people. Last year, the province followed suit.

The holiday is now called June Day until the province works with Indigenous leaders to come up with a better name.

“While in more recent times St. John’s Days has grown into a celebration of the city and its diverse residents, council and staff recognize the inherent contradiction of holding such celebrations on a colonial holiday,” the news release said. “City staff are developing an alternative proposal to continue celebrating the diverse communities that call St. John’s home.”

Burton was a strong advocate for doing away with the Discovery Day holiday in 2018, facing significant resistance from both council and the community at large. This time around, she said consensus among council to discontinue St. John’s Days was much easier and came from a position of understanding.

City council in Victoria, B.C., voted unanimously last week to cancel a planned Canada Day broadcast following the discovery of what are believed to be the remains of 215 students buried on the site of the former Kamloops Indian Residential School.

Indigenous people can now reclaim traditional names on passports and other ID
June 14, 2021 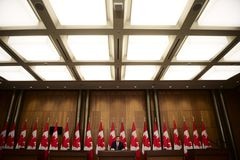 Indigenous names can be reclaimed on passports and other immigration documents: Ottawa
Subscriber content
June 15, 2021 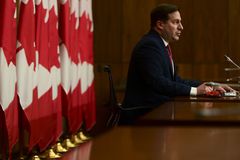 Senior Federal Court judge under fire for objections to Indigenous principles and land acknowledgments
June 14, 2021
Report an error
Due to technical reasons, we have temporarily removed commenting from our articles. We hope to have this fixed soon. Thank you for your patience. If you are looking to give feedback on our new site, please send it along to feedback@globeandmail.com. If you want to write a letter to the editor, please forward to letters@globeandmail.com.
Comments are closed