Women who deliver their babies by cesarean section are nearly twice as likely as those who deliver vaginally to suffer severe complications, according to a new study that comes as Canada’s c-section rate continues to climb.

For mothers 35 and older, the odds of a serious short-term problem – such as major bleeding or a blood clot in the lung – are nearly three times higher if they undergo a c-section than if they give birth vaginally, French researchers found.

“Women have to know this," said Catherine Deneux-Tharaux, a senior researcher at INSERM, the French National Institute of Health and Medical Research, and one of the authors of the new study. “It’s not to say that you have to avoid cesarean sections, because in many situations it can save the life of the baby or the mother … but it’s not as safe as vaginal delivery.”

The study, published Monday in the Canadian Medical Association Journal, examined the cases of 1,444 women across France who experienced a grievous complication after giving birth and compared them to a control group of 3,464 women whose deliveries went smoothly.

Like many other prosperous countries, Canada’s c-section rate is rising: 28.2 per cent of births in Canadian hospitals were performed via c-section in 2016-2017, up from 26.7 per cent a decade earlier, according to the Canadian Institute for Health Information.

There is a constellation of reasons for the increase, according to Julia Kfouri, a maternal-fetal medicine specialist at Mount Sinai Hospital in Toronto who was not involved in the new study.

More women over the age of 35 and women with complex medical conditions that warrant a c-section are able to get pregnant today than in the past, Dr. Kfouri said. Another factor is the “snowball effect” of repeat cesarean sections, she added.

There are also mothers-to-be who request a scheduled c-section for no medical reason. Last year, the Society of Obstetricians and Gynaecologists of Canada softened its longstanding opposition to c-sections on demand with a new position statement that said that as long as pregnant women are properly informed of the risks, they should be allowed to choose how they deliver.

Patients who request a c-section for no medical reason often express a “fear of vaginal delivery,” Dr. Kfouri said. “I think they’re worried about the experience. They perceive a cesarean section to be much more straightforward, much more dignified, in a way.”

The new study is not the first to find an association between c-sections and what researchers call short-term “severe acute maternal morbidity," but it is different in that its authors went to great lengths to try to isolate the effects of the c-section itself.

They started by looking at 182,309 deliveries at 119 French maternity wards and 136 intensive-care units, all of which took part in a national study called EPIMOMS in 2012 and 2013.

The authors then narrowed their focus to women who suffered severe complications. They excluded mothers whose postdelivery complications might be explained by the pre-existing health problem that led them to have a c-section in the first place, including women whose placentas blocked their cervix and those diagnosed with severe high-blood pressure during pregnancy.

The researchers also excluded women for whom a vaginal delivery is usually not recommended, such as women whose fetuses are in the breech position.

Jon Barrett, the chief of maternal-fetal medicine at Sunnybrook Health Sciences Centre in Toronto, said it was no surprise that the study found that cesarean deliveries –which are major surgeries – are more dangerous than vaginal births.

“Now, there is a rising incidence of cesarean by choice," he said. "In that population, it might be reasonable to ask the question, how dangerous is it? But this study doesn’t answer that question because in this study there’s no way you can select out that population who chose it for absolutely no medical reason.” 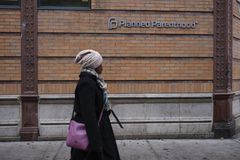 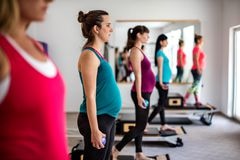