Patricia and Aaron Pearson were overjoyed when, after four years of trying, they finally conceived their daughter Emma.

But they always dreamed of giving her a sibling. Since pregnancy had been such a struggle, and they knew there were children out there that needed a home, they turned to Choices Adoption and Pregnancy Counselling Agency on Vancouver Island.

The couple spent $12,000, underwent numerous background checks, had a home study and took part in an education course. They were registered in the domestic adoption program and on the wait list for a South African adoption when they received an announcement from Choices last week.

The e-mail informed them Choices was closing as of May 31, staff were working to find another agency to take on the Pearsons’ file and they would be in touch, Patricia Pearson said.

“We were pretty shocked. It seemed to come out of the blue. We hadn’t had any indication that they were struggling financially or that this was a possibility,” she said.

“There isn’t a solid plan in place. That was pretty frustrating. We felt that the board should have done their due diligence and had some more specific options in place before sending out something like that.”

Choices is the latest private adoption agency to shut its doors due to changes to international adoption policies. More countries are looking to place children with local families who share their culture, which is resulting in fewer kids being available for adoption in Canada.

Jane Cowell, board chair for Choices, said about 140 families were in various stages of adoption through the agency and it is working with the Ministry of Children and Family Development to create plans for ongoing services for the families.

There are only two private adoption agencies left in British Columbia, after Family Services of Greater Vancouver closed in November due to the decline in overseas adoptions.

Statistics kept by Immigration, Refugees and Citizenship Canada show that international adoptions declined by 21 per cent between 2015 and 2017, from 903 down to 712.

Ms. Cowell said she had been on the board for six years and the issue had always been a concern, but the problem has grown. Government policies can also be a factor, such as Canada’s decision last year to stop issuing visas for children adopted from Japan.

“It’s a very unpredictable field to try and forecast financial viability, and that’s the bottom line,” she said.

Fewer children in Canada are being put up for adoption as well, Ms. Cowell added, as the stigma around teenagers or young women getting pregnant has been reduced.

Victoria Mitchell, who became pregnant as a teenager 25 years ago and placed her son with Choices, has launched a petition to save the agency that has garnered more than 800 signatures. She hopes the ministry might step in and provide some funding.

Choices enabled her to choose the parents that would adopt her son and ensure that she continued to have a relationship with him and his adoptive family, she said.

“It was such an unknown world to us as we progressed into becoming one big family. But if there were any questions or anything that came up over the years, Choices was there,” she said.

We were pretty shocked. It seemed to come out of the blue. We hadn’t had any indication that they were struggling financially or that this was a possibility.

Children’s Minister Katrine Conroy said the ministry was working with Choices and the families involved with the agency to ensure the transition is as seamless as possible.

“We’re doing everything we can. I know how important it is to families when they’re trying to adopt, to have that forever family,” she said.

Couples can also adopt kids who are in foster care in B.C., but the number of children in care has declined and there has been more of a push to ensure Indigenous children are placed with relatives or families who share their culture, she said.

There were 1,347 children and youth in foster care registered for adoption in the last fiscal year, of which 445 were over 12, according to statistics compiled by the Adoptive Families Association of B.C.

Many of the children waiting for adoption – both internationally and domestically – are older kids living with invisible or visible disabilities, said Cathy Murphy, executive director of the Adoption Council of Canada.

“We have many children and youth in Canada who are in serious need of permanency and love and stability that a family provides and what we really need is to have people consider that,” she said.

“Then, as a society, we have to say okay, in order for you to be successful in parenting, what kind of supports do you need to have in place to do that?”

Supports for adoptive parents vary across Canada, but B.C. has a post-adoptive subsidy that it recently increased.

However, adopting an older child still doesn’t work for everyone. Pearson said she wants to respect a best-practice guideline that advises parents to adopt children younger than those currently in their home, and her daughter Emma is 2.

“It’s hard to say what’s going to happen,” she said of Choices closing. “It just kind of leaves us with a lot of uncertainty.” 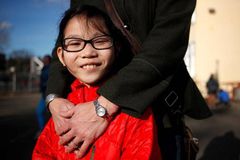 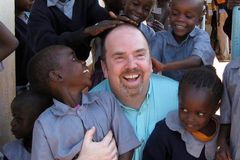