A major U.S. pediatrics association is warning that many chemicals used to colour, preserve or package food pose dangers to children and that the regulatory system must be overhauled to protect young people.

In a statement published on Monday, the American Academy of Pediatrics (AAP) says evidence is mounting about health risks, including obesity and hormone disruption, linked to commonly used chemicals found in everything from plastic wrap to metal cans and packaged food.

For many years, some food additives and chemicals used in packaging were deemed acceptable despite evidence they might be linked to health problems. Study in this area is a challenge because it is difficult to draw cause-and-effect conclusions about the role of chemicals in the development of a disease. But a growing volume of scientific research indicates many of these chemicals do seem to be linked to potentially serious, life-long health problems, said Leonardo Trasande, lead author of the statement and an associate professor at the New York University School of Medicine.

“We’ve reached a moment wherein we recognize that the science is suggesting that we can’t assume that chemicals are innocent until proven guilty,” said Dr. Trasande, who is a member of the AAP’s Council on Environmental Health.

While Canada has taken some action against risky chemicals in recent years, such as banning some phthalates from children’s products and becoming the first country to ban bisphenol A in baby bottles, many more also pose potential risks, said Irena Buka, clinical professor of pediatrics at the University of Alberta and director of the Children’s Environmental Health Clinic in Edmonton, which focuses on the connection between the environment and childhood illnesses. As more research is done, it is becoming clearer that many common food additives and other chemicals are linked to potential health risks, she said.

“The more we learn, the more we’re worried that they are a problem,” Dr. Buka said.

The AAP says a handful of chemicals have the greatest potential risks: bisphenols, which often line metal cans or are used to make plastic containers hard; phthalates, found in plastic or vinyl tubes used in food production; perfluoroalkyl chemicals, used in greaseproof or cardboard food packaging; perchlorate, also found in some food packaging; artificial food colours; and nitrates or nitrites, often used to preserve processed meat. (The Canadian Paediatric Society declined to comment on the statement, saying it had not developed its own policy on chemicals used in food.)

Studies have found many of the substances can disrupt the endocrine system, which means they can accelerate the onset of puberty or decrease fertility, as well as contribute to obesity, immune and thyroid problems, and some types of cancer.

Babies, children and pregnant women are among the most vulnerable because young people still developing can be more susceptible to the disruptive effects, Dr. Trasande said. More research is needed to understand the risks, but society cannot wait until all of the evidence is in before action is taken, Dr. Trasande said.

“We will be quite late, too late, and we may have a generation of children that suffer as a result,” he said.

The AAP says “critical weaknesses” in the oversight process have allowed hundreds of chemicals into the food supply that U.S. government regulators have not approved. It calls on the U.S. government and the Food and Drug Administration to increase scrutiny. For instance, about 1,000 additives fall under the “generally recognized as safe" (GRAS) designation, which means they can be used without FDA approval, according to the AAP. The association wants the GRAS process strengthened so additives must undergo more safety tests.

In Canada, food additives, packaging and chemicals used to make plastic containers and other consumer products are regulated differently. Food additives, for example, are regulated by Health Canada under the Food and Drugs Act, which prohibits use of harmful substances in food.

The Canadian Environmental Protection Act, on the other hand, can be used to regulate toxic substances. Some critics say the federal government could strengthen this law to guard against emerging threats. Last month, the government said it was committed to reforming the law.

Muhannad Malas, toxics program manager at Environmental Defence, an advocacy group, said many food ingredients and other chemicals used in Canada have not undergone a rigorous review and that the evidence used to show the safety of some ingredients is not scientifically strong. He said more action is needed, such as reforming the environmental protection act.

“I think this kind of statement [from the AAP] really sends a clear signal to government in Canada and elsewhere that the issue of exposure to hormone-disrupting chemicals and other toxic chemicals in food products is something that shouldn’t be taken lightly,” he said.

Food and Consumer Products of Canada, an association representing major food companies, declined an interview request. In an e-mail statement, the association noted that Canada has a different regulatory system for food additives and packaging than the United States, and that “all additives used in Canada have to go through a review process.”

The AAP statement urged consumers to reduce their exposure to potentially harmful chemicals in food. It advises using fresh or frozen produce whenever possible, and glass or stainless steel container; not using plastics in the microwave or dishwasher; and avoiding plastics with the recycling code 3, 6 and 7. 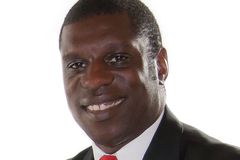 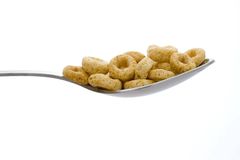 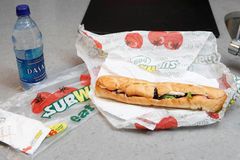